Freshwater generators - or distillers - are technical solutions that convert seawater, well or polluted industrial water into freshwater or 'distillate'. Distillate can directly be used as technical water. After additional miniralisation it is also usable for human consumption, as potable water, and for agricultural purposes, as irrigation water.

Freshwater distillers typically use a combination of heat and vacuum to vaporise feed water into a clean vapour. A condenser unit will then turn the water vapour back into a liquid phase of ultra clean permeate.

Land-based industries, including agriculture, use freshwater generators for various purposes: 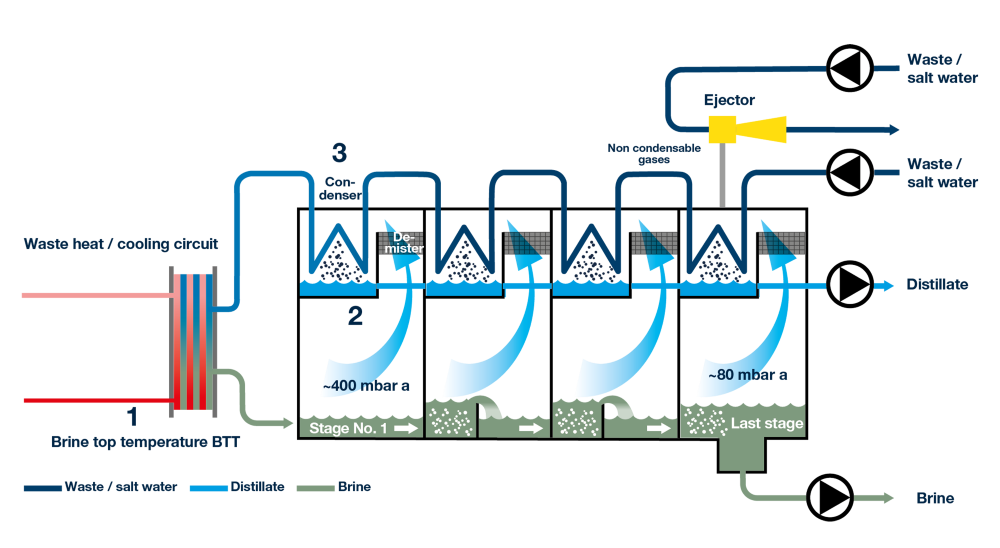 A type of freshwater generator that uses multiple consecutive flash chambers, also referred to as ‘effects’. In each flash chamber feed water is brought to boiling or evaporation point, also called ‘flashings’. The produced distillate has a very low conductivity.

In a multistage ‘flash’ or evaporation approach, heat transfer and evaporation are strictly separated. This minimises the risk of scaling.

Heat consumption and thermal efficiency can be adjusted to the requirements of the application. 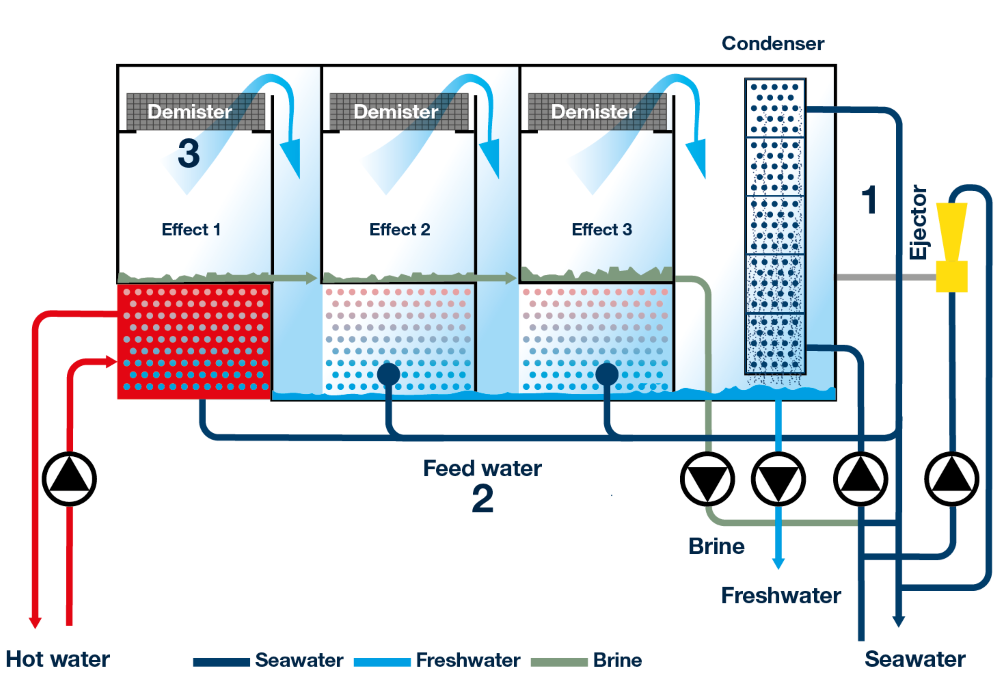 A type of multi-stage evaporator that uses a set of horizontally placed tubes to bring feed water up to boiling temperature. This approach eliminates scaling and allows processing very polluted feedwater from e.g. shallow coastal areas and river mouths. 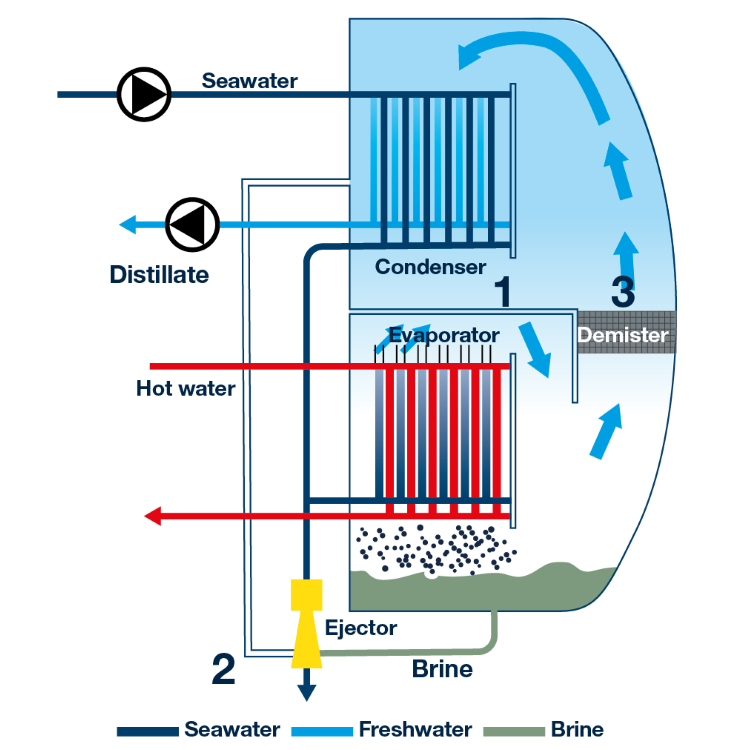 Single stage freshwater generator using one chamber for vacuum distillation to remove salt and other impurities from (sea)water, converting it into freshwater. Waste heat from e.g. engines and steam can be used in the evaporation process. A single stage distiller does not require special consumables.