Manoeuvering devices designed to deliver side thrust or thrust through 360°. Thrusters are used to allow ships to be more independent from tugs, give them more manoeuvrability for special tasks, and in some cases give them a “take home” capability. There are three general types of thrust devices: the lateral thruster or tunnel thruster, which consists of a propeller installed in a athwartship tunnel; a jet thruster which consists of a pump taking suction from the keel and discharge to either side; and azimuthal thruster, which can be rotated through 360°. A cycloidal propulsor can be considered a type of azimuthal thruster.

Thrusters can enhance the manoeuverability of existing vessels, particularly at low speeds, and provide a high level of redundancy. The main propulsion system based on thrusters can also provide increased speed, or lower installed power and reduction in fuel consumption. The general arrangement and hull form of new buildings incorporating thrusters can be modified significantly in order to increase hydrodynamic efficiency. The other key advantage of thrusters is that they tend to suffer less from vibration and noise and are therefore well suited for use on passenger vessels. Since thrusters are steerable, using them may also eliminate the ship rudder.

- Azimuthing thruster – A propeller that can be rotated through 360° in the horizontal plane, thus allowing the thrust to be generated in any desired direction.

- Intermittent duty thruster – A thruster which is designed for the operation at the peak power or rpm levels, or both, for periods not exceeding 1 hour followed by periods at the continuous rating of less, with total running time not exceeding 8 hours in 20 hours. Generally, such thrusters are not meant to operate for more than 1000 hours per year.

- Jet thruster – A pump arranged to take suction from beneath or close to the keel and to discharge to either side, to develop port or starboard thrust, or in many cases through 360°.

- Lateral thruster, transverse thruster, tunnel thruster – A propulsion device fitted to certain types of ships to improve manoeuvrability. The thrust unit consists of a propeller mounted in an athwartships tunnel and provided with some auxiliary drive such as an electric or hydraulic motor. During operation, the water is forced through the tunnel to push the ship sideways either to port or starboard as required. This type of thruster is usually installed at the bow (bow thruster), and sometimes at the stern (stern thruster).

- Outboard thruster – In operation the stern-mounted outboard thruster is similar to an outboard engine on a speedboat, and is capable of being lifted out of the water for easy maintenance and to reduce drag while underway.

- Rim drive thruster – A revolutionary compact lateral thruster developed by two partnerships: Rolls-Royce with Smartmotor from Trondheim, and Van der Velden® Marine Systems with Combimac (The Netherlands). The electrical motor has the form of a thin ring. Its stator is incorporated in the tunnel and its rotor carries propeller blades. Waterflow through the unit is unobstructed since there is no gearbox in the tunnel, nor are struts needed to support a hub. Together these factors give a high total efficiency and reduced noise and vibration.

- Swing-up azimuth thruster – A dual-function unit, supplementing an azimuthing function with a tunnel thruster role when the unit is in the raised position and recessed within the hull. The transverse tunnel-shaped recess is oversized to allow the thruster to rotate through 180° to provide thrust to port or to starboard. In this way, the propeller thrust is always in the same direction and therefore, the propeller blades can be designed with optimum camber and radial pitch distribution.

An example case has been analysed of a rig with 8 thruster units. The maximum increase of available thrust of the rig in side way operation is about 35%. In forward operation the gain in available thrust is 9%. The improved vessel performance is attributed to the significantly reduced interaction losses with the hull and with other thruster units. 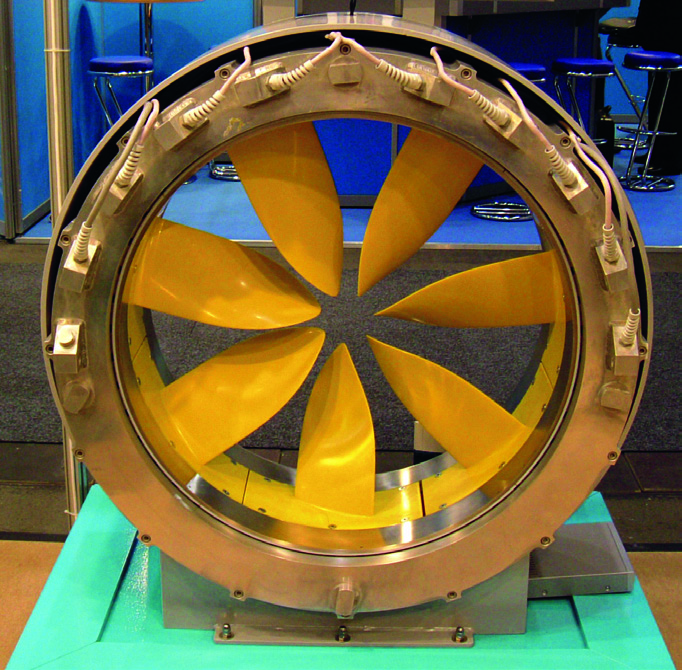 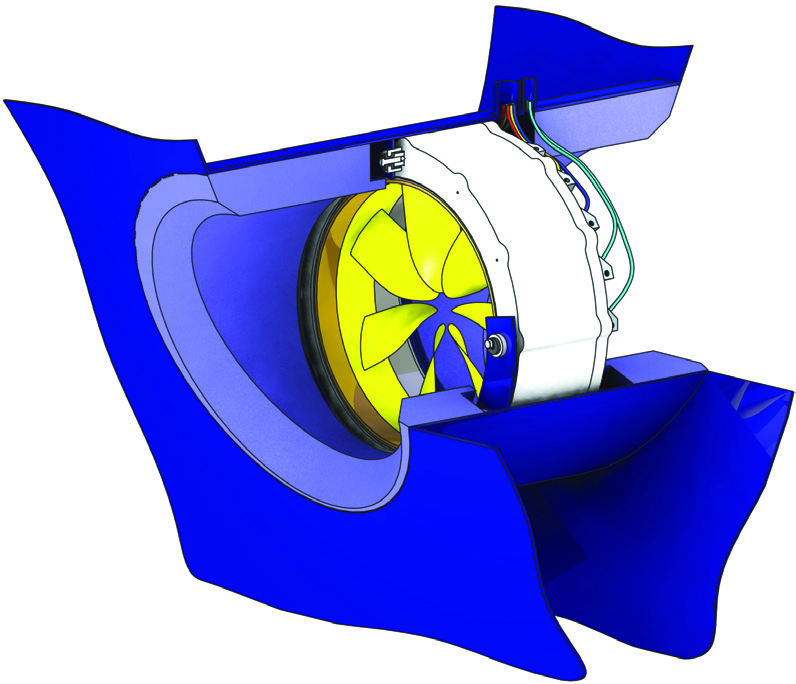 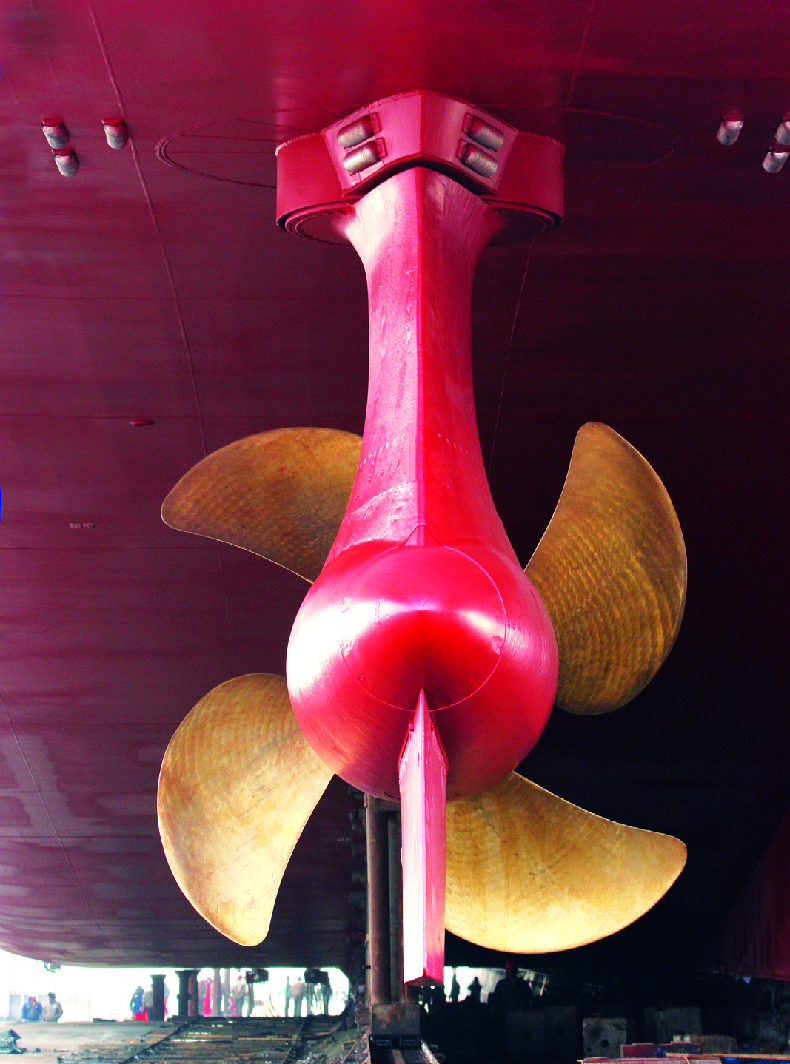 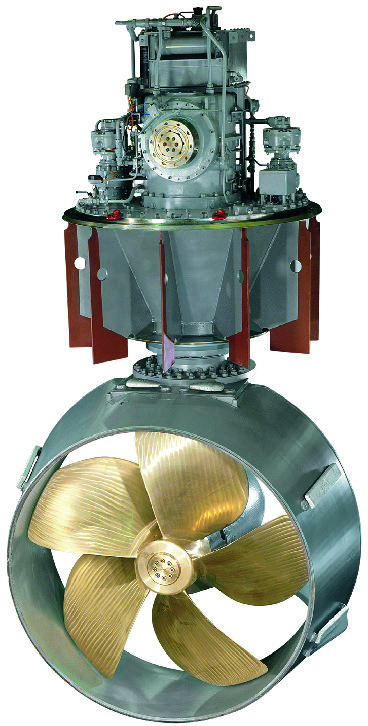 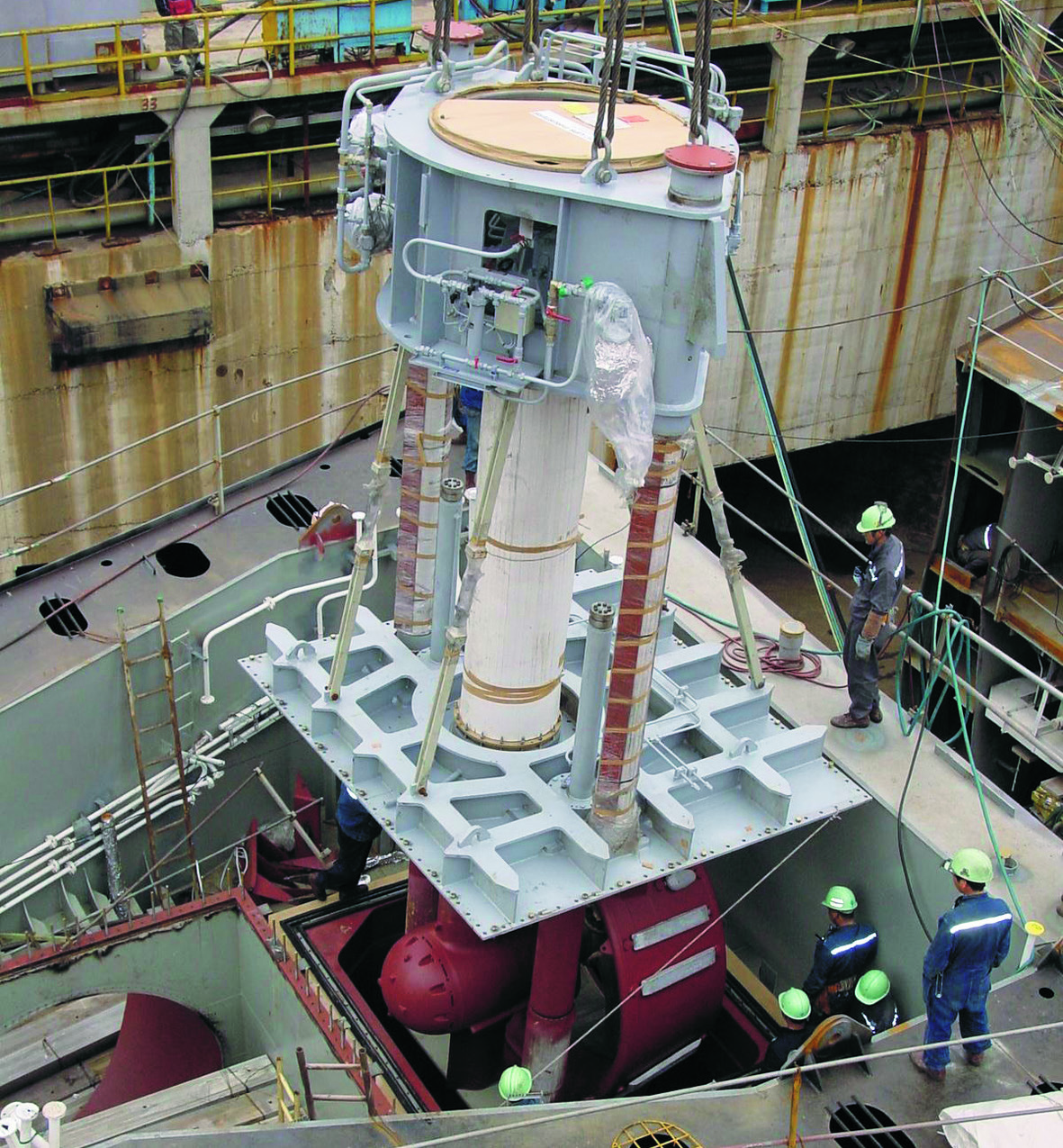 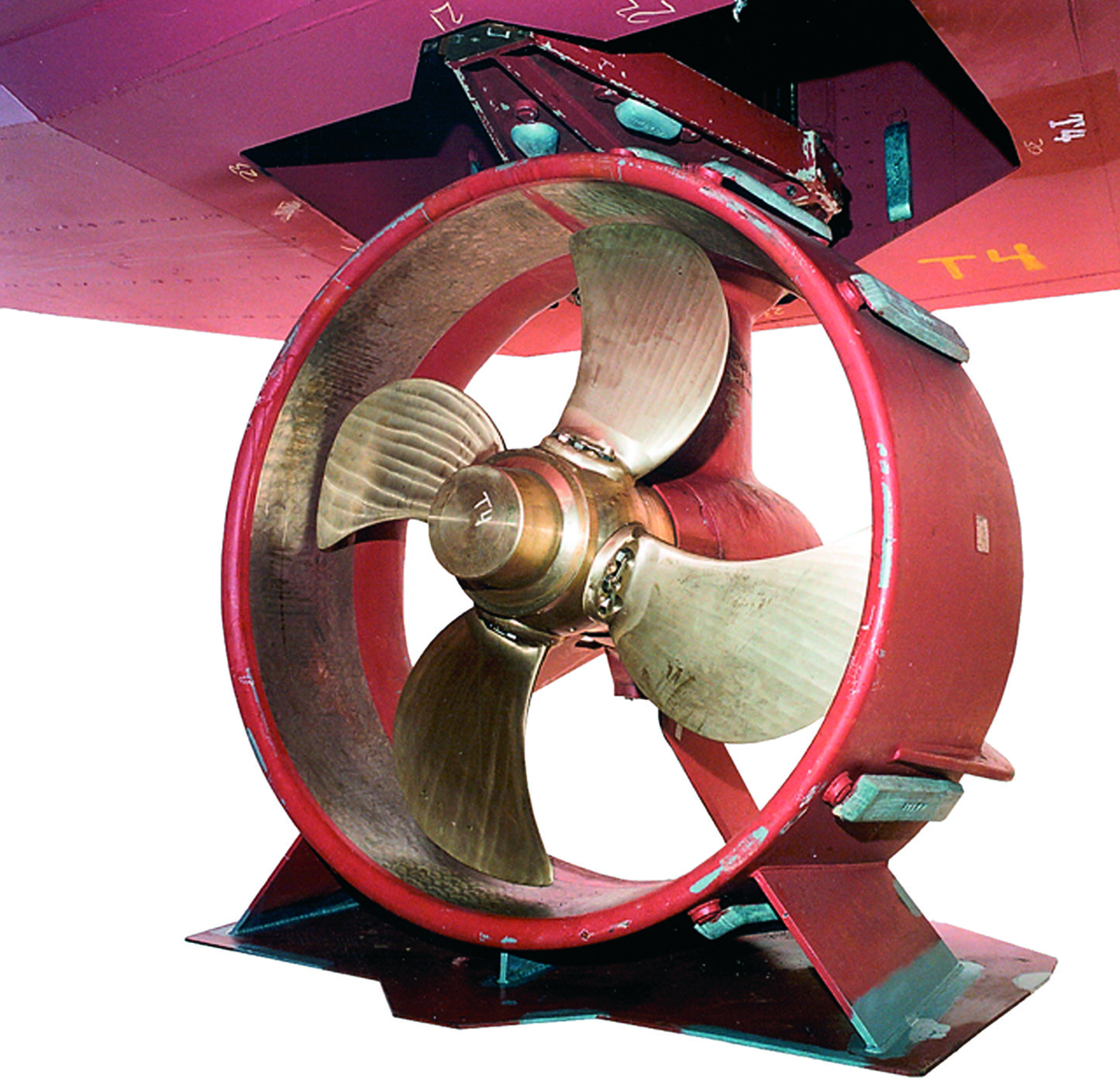