Delivered in August 2012, the INNOVATION is a self-propelled powerful jack-up built by CRIST S.A. shipyard in Gdynia (Poland). The vessel had been designed and constructed according to the requirements and under the survey of the Germanischer LLoyd for the following class: + 100 A5 SPS (except SRtP), Vessel Self-Elevating Unit, Operation acc. to Operation Manual, S9P65, DP2, OSV, WTIS, EP, NAV-OC, Strengthened for heavy cargo, +MC AUT.

The vessel is equipped with 4 independent legs of 3-Chord truss type with spud cans and high speed Rack and Pinion Jacking System. The system consists of 96 elevating units, divided into 4 layers and is able to operate even if one layer is lost.

Key features on the vessel include a 1500t SWL @31,5m main crane, plus a 40-tonne-capacity auxiliary crane, accommodation capacity for 150 persons, a maximum operating depth of 50m and an ability to jack with 8000t of cargo on board.

The Liebherr heavy lift off shore crane is designed as “Crane Around the Leg”, which means that it is able to rotate 360° around the leg. The main advantage of this design is that despite the enormous size of the crane it can be positioned in a space-saving way and requires a relatively small obstruction area of 12m.

The unit is equipped with a diesel-electric power plant: electric power for propulsion and other services is derived from six generator sets located in three separated compartments. They provide total onboard electrical power of 34.4MW and feed two 6600V high-voltage propulsion switchboards equipped with vacuum circuit breakers.

The DP2 dynamic positioning system is based on four 3500kW aft azimuthing thrusters and three 2800kW forward tunnel thrusters. A transit speed of 10 knots can be achieved. All drives are speed-controlled by low-voltage PWM-converters.

A NACOS platinum bridge-based automation, control and monitoring system has been installed. The automation sector can process approximately 4500 input and output signals controlled by 10 process stations, with operator control possible in diff ering locations such as the Engine Control Room and offi cer cabins in addition to the bridge. 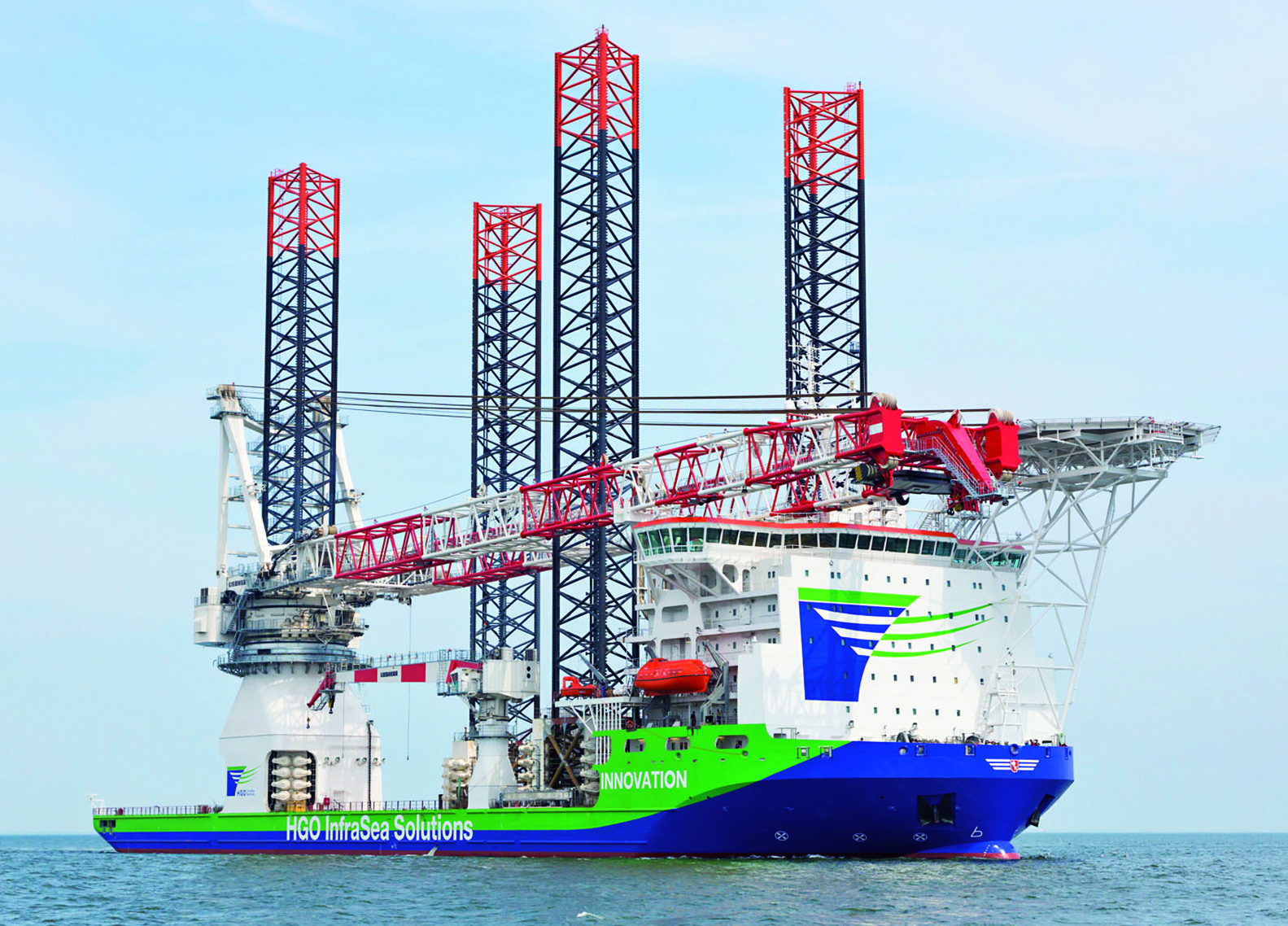 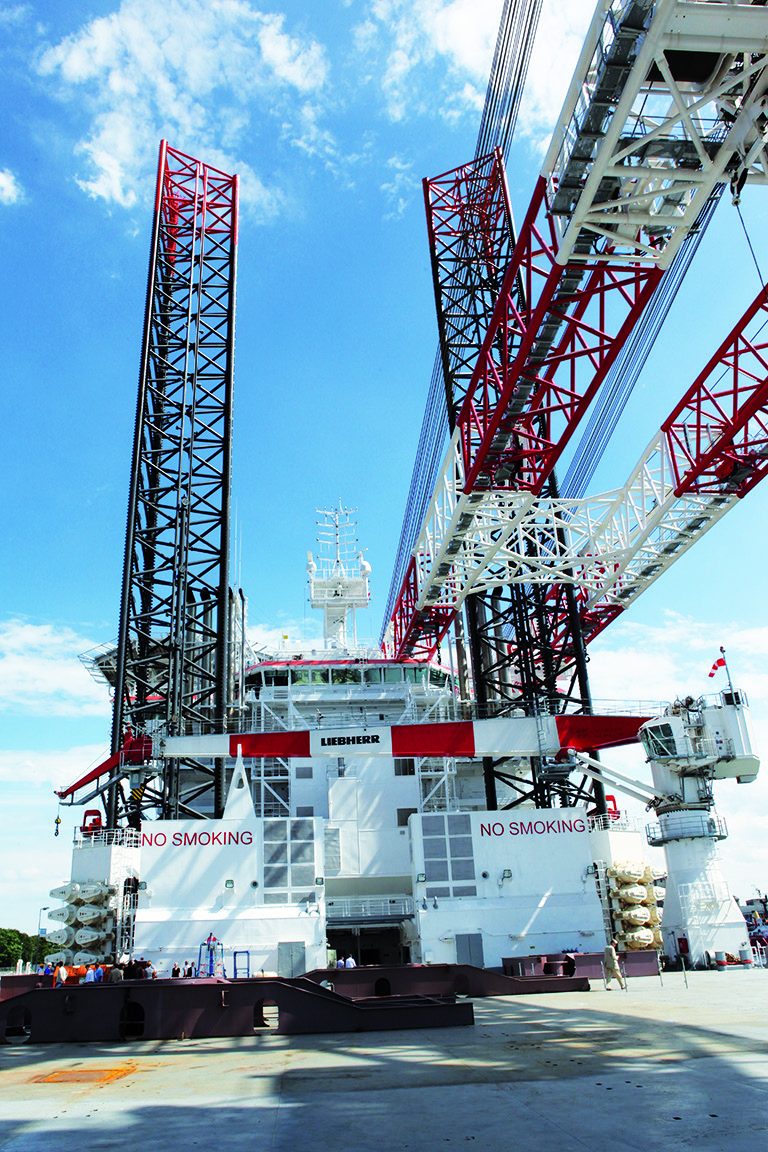 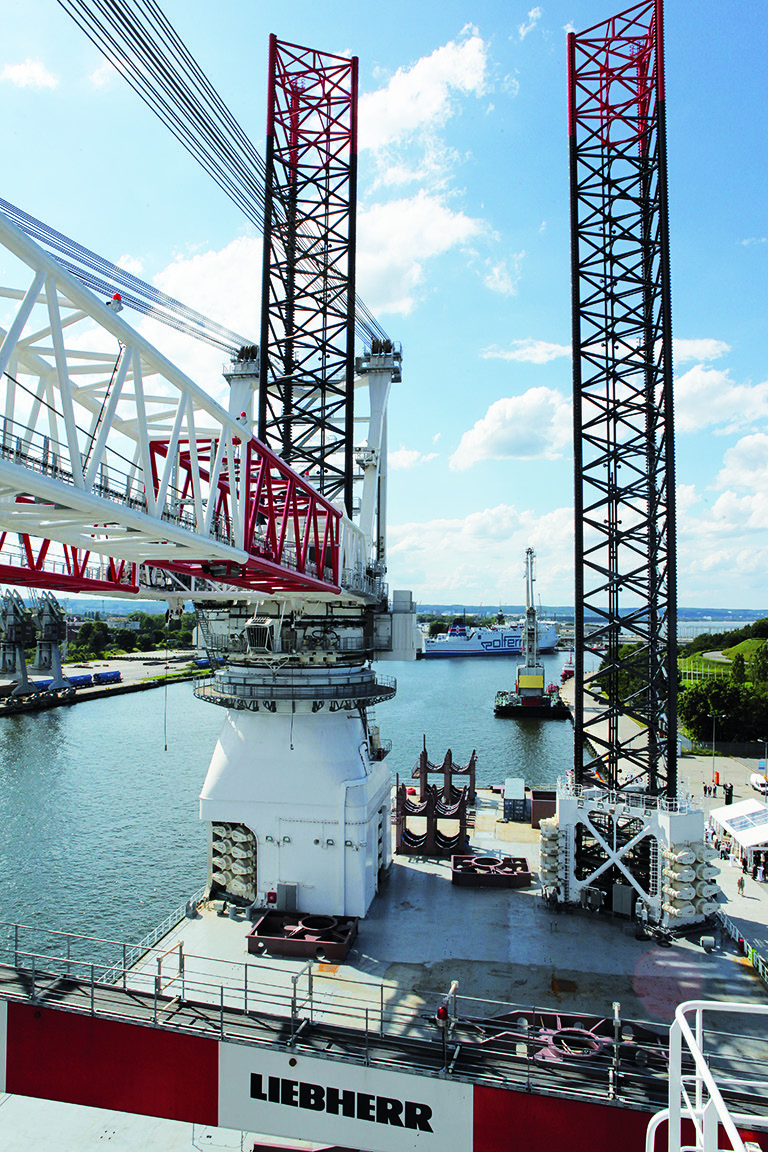 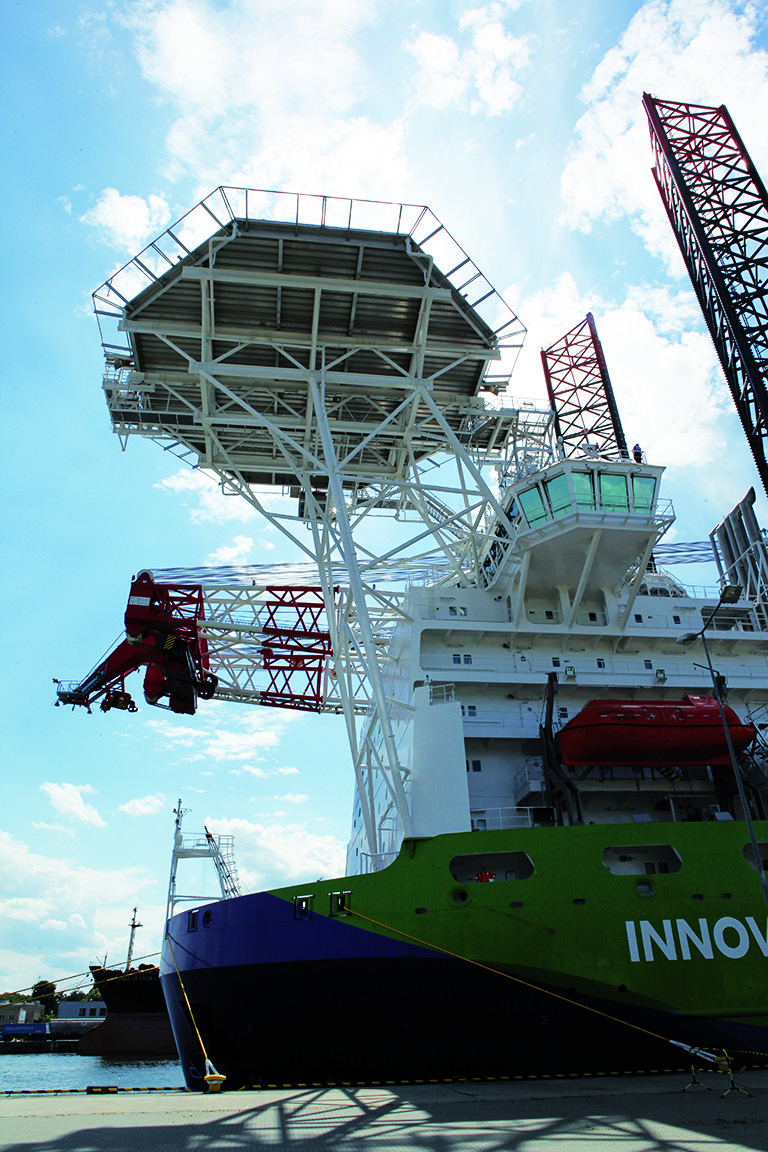 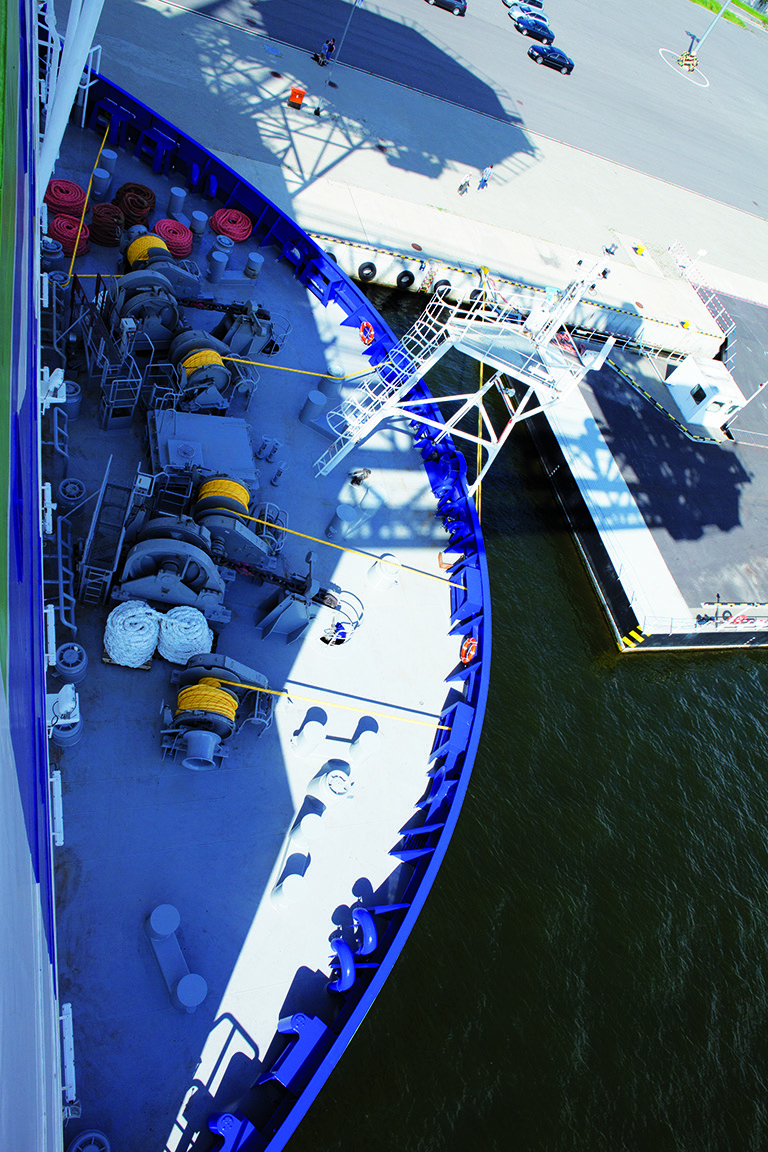