During the golden boom years on the tanker market, from 1967 until the oil crisis of 1973, orders for about 80 VLCCs (200,000-320,000 dwt) and 40 ULCCs (over 320,000 dwt) were placed. This boom was followed by the total collapse of the newbuilding market for these tankers until the middle of the 1980s. Since then, over 400 VLCC have been ordered but it took about 20 years before the next ULCC contract was signed, i.e. Hellespont. After the absence of nearly 30 years from the newbuilding scene, the ultra large crude carrier (ULCC) made a comeback with the delivery of the 441,893 dwt HELLESPONT ALHAMBRA to its owner, the Greek tanker company Hellespont Shipping.

Nicknamed the “white elephant” because of its appearance of a wide-bodied white hull, the HELLESPONT ALHAMBRA is the first ship in a four-ship contract placed with the South Korean shipbuilder Daewoo Shipbuilding & Machine Engineering Co. The ship is the largest double hull tanker ever built and is reported to have cost about $90 million. The design for these high specification of 3.2 million barrel vessels was subject to extensive model tests of the hydrodynamic design by the Swedish research organisation SSPA, an organisation involved in testing 30% of the ULCCs previously built. This included the 555,000 dwt BATILUS delivered in 1976.

The Hellespont quartet is being built for the traditional ULCC route from the Arabian Gulf to the US and Northern European markets. In this trade it makes economic sense to transport the maximum amount of oil as quickly as possible thereby getting paid more and earlier than the smaller and slower VLCCs. This benefit could be worth $70 80,000 per voyage, which in theory, more than pays for the extra power. Achieving this without compromising strength and safety was a priority in designing these newbuilds which are 50% larger than any double-hull ship ever built.

The series is being built to LR and ABS class and elevates standards for large tanker strength and speed with a number of unusual features that will make the newbuildings more reliable and efficient while enhancing safety and environmental factors. Their scantlings have been designed to incorporate approximately 15% more steel than the minimum class requirements to give a potential working life of about 40 years without the need for major repairs or steel replacement. Some 35% of this extra steel is of the high-tensile variety for added strength, mainly in bulkheads, and the total steel content will amount to 66,500 lightweight compared to 59,000 for one built to the minimum class standard.

The high specification includes a powerful Wärtsilä 9RTA84T-D engine delivering 36,900KW at 76 rev/m, driving a 10.5m diameter fixed pitch propeller weighing approximately 90t via a 1m diameter propeller shaft. This results in a relatively fast service speed of 16.5 knots at design draught and a ballast speed of 17.5 knots. The nine-cylinder engine was chosen because in tests it offered considerably less vibration than other engines on the market. The relatively fast service speed should also provide significant cost savings for the cargo owner. The vessel has three Wärtsilä 9L20 auxiliary engines, each of 1530kW output at 900 rpm.

Much attention has also been devoted to ballast tank protection, with all ballast tanks, except for the aft peak tank, to be inerted with double-scrubbed gas with a maximum of 5% oxygen (O2) and 1ppm sulphur dioxide (SO2). This double scrubber system increases the condensing of H2O vapour and produces a very clean gas which, in the long-term, should minimise the probability that the ship will have to undergo an estimated $12 million recoating operation by reducing the risk of oxidation in the double-hull ballast spaces. The vessel will also feature the Vent 2D system developed by Hellespont to model air and gas flows in double hull spaces. This software system constantly records pressure and levels of O2 and SO2 to reduce fire and explosion risk.

A most unusual feature is a bridge whose wings do not extend to the ship sides. Instead of this the ship is equipped with closed-circuit colour TV cameras. Such solution eliminates work on the wings under difficult conditions. Potential vibration from the bridge wing structures will also be eliminated.

Another interesting feature of these ships is that all side shell above the deep draught water line, excluding the funnel, is painted white. By using a reflective colour, the temperature of the steel decks can be reduced and keep the cargo cooler. It will help to lower the amount of hydrocarbon emission resulting in less cargo loss. At the same time it helps to protect internal coatings from the heat of the sun thus minimising degradation of the epoxy ballast tank coatings due to thermal cycling.

These extra design features have cost the company an estimated $10million more than the basic version of a similarly sized ship. The company argues that the cost is easily recuperated in the predicted extra operational life of the vessel, savings in inerting and maintenance together with increased revenue and profits due to the higher transit speed. 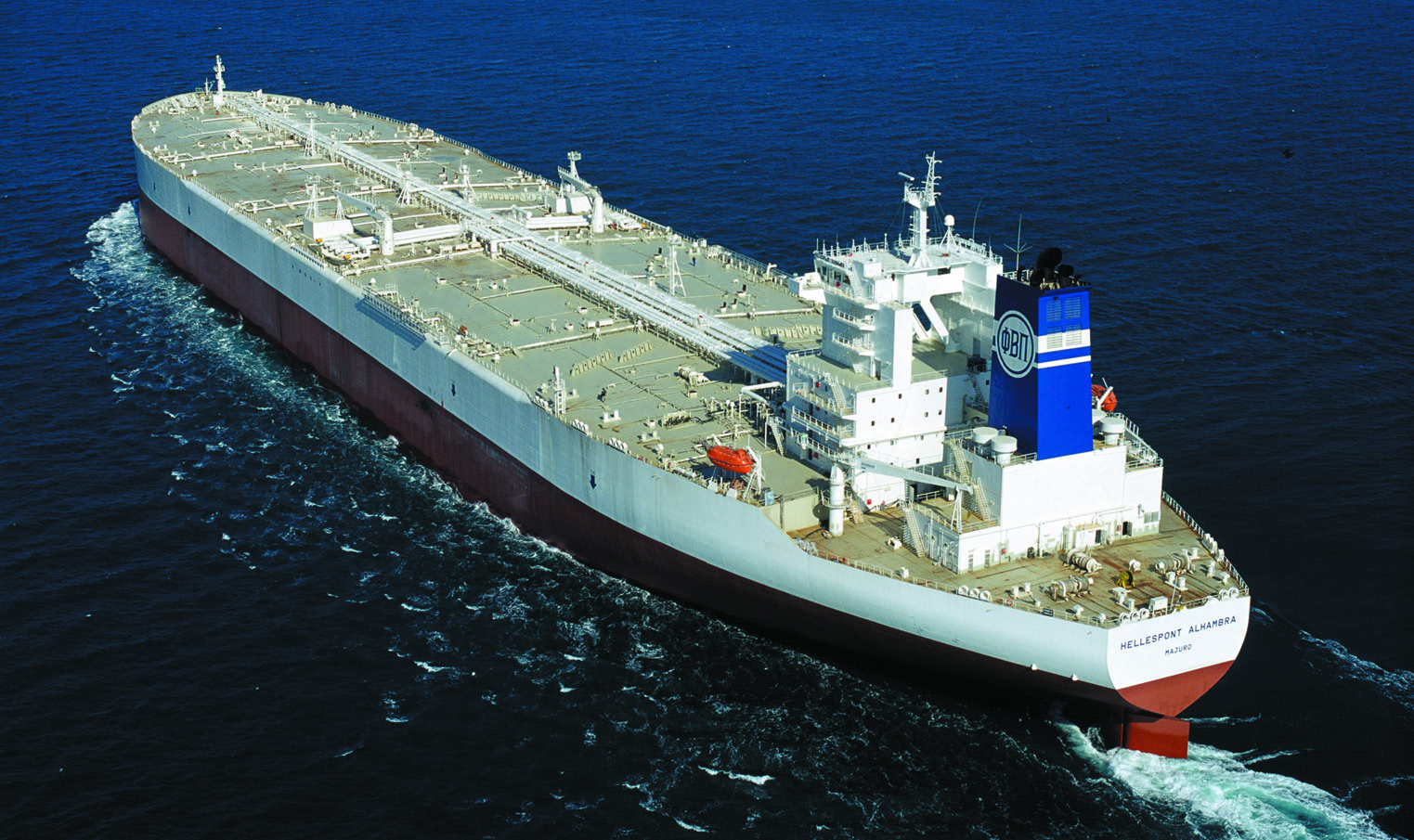