A davit-launched, motor-propelled light boat provided to perform man-overboard retrieval and raft marshalling duties. The boat may be of either rigid or inflated construction or a combination of both. Usually, it is a semi-rigid structure with the inflated chambers of an upper sponson and an outboard engine. Safe launch and recovery is still the major problem facing the use of rescue boats and little or no onboard training is carried out other than in calm conditions.

In accordance with current IMO regulations:

1. Passenger ships of 500 gross tonnage and over shall carry at least one rescue boat on each side of the ship

2. Passenger ships of less than 500 gross tonnage shall carry at least one rescue boat,

3. At least one of rescue boats on a ro-ro passenger ship shall be a fast rescue boat with

4. Cargo ships shall carry at least one rescue boat.

In most cases ships are provided with small, slow and cheap versions of rescue boats. Such practice can be justified in case of smaller ships where it is quite difficult to find good place for stowage. Contrary, a large tanker could be provided with a large rescue boat. Despite of plenty space available, the small inflated rescue boats can be found even on board very large crude carriers.

The rescue boat is boarded and launched directly from the stowed position with the assigned crew. According to SOLAS rescue boats shall be stowed:

1. In state of continuous readiness for launching in not more than 5min, and, if inflated type, in a fully inflated condition at all times.

2. In position suitable for launching and recovery.

3. So that neither the rescue boat nor its stowage arrangement will interfere with the operation of any survival craft at any other launching station.

On board large container vessels the accommodation is located at three-quarter. Very often these ships are provided with two classic lifeboats one of them equipped as rescue boat. Despite of plenty of space available the same solution is often adopted for car carriers. As a result, many large vessels have no additional rescue boat at all. Totally enclosed lifeboat should not be used as rescue boat due to limitations in visibility, manoeuvrability and recovery of persons from the water.

When stowed on board, the rescue boat is secured in the dock by a locking system. When required, the dock with the boat is launched by conventional davits or crane. When the dock is floating, the boat locks are released and the boat leaves the dock under its own power. For retrieval, the boat enters the dock, is secured into position, and the two are hoisted back on board. 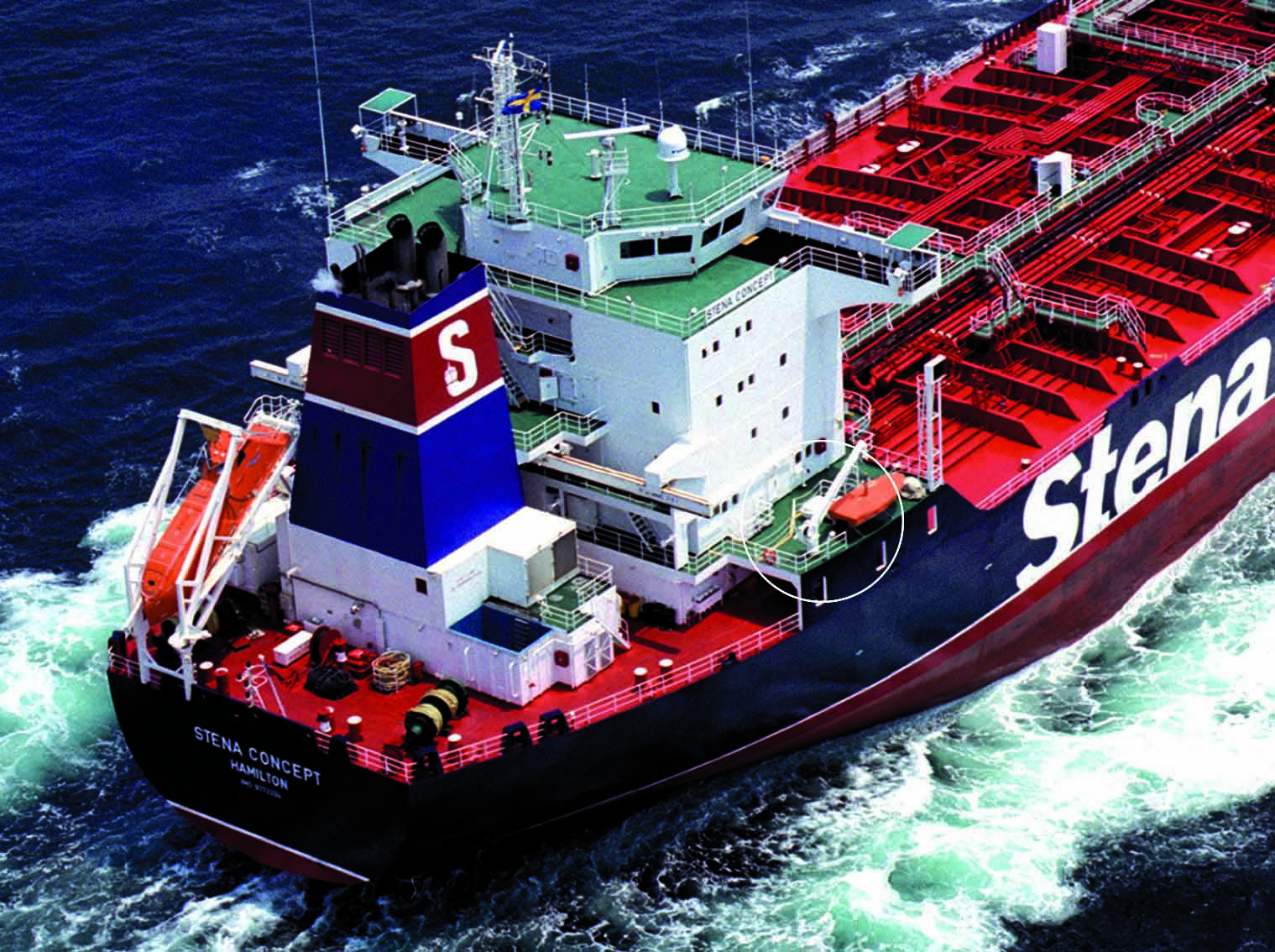