The RAMFORM TITAN delivered by the MHI shipyard in Nagasaki, is the most powerful and efficient marine seismic acquisition vessel ever built and, with a width at the stern of 70m, the widest ship in the world at the waterline. The design couples advanced maritime technology with the imaging capabilities of the GeoStreamer seismic acquisition technology. The 70m broad stern is fully exploited with 24 streamer reels: 16 reels aligned abreast and 8 reels further forward. The 24 reels with capacity for 12km streamers give the vessel flexibility and redundancy for high capacity operations. She carries over 6000t of fuel and equipment and will typically tow a network of several hundred thousand recording sensors over an area greater than 12km2.

The RAMFORM TITAN is propelled by three variable pitch propellers, each providing 6000kW of thrust. She offers a very safe work environment with a considerable degree of equipment redundancy that will enable more maintenance at sea, without interrupting operation. The ship is fully operational with just two of her three propellers, permitting maintenance during operation. Redundancy in the propulsion system extends further to dual, fully separated engine rooms. Power generation and auxiliary systems are completely separate.

Ramform Titan provides a safe and comfortable living and working environment for up to 80 crew members, with 60 single cabins, and 10 twin cabins for visitors, all with separate bathrooms.

Equipped with two work boats, both stern-launched, the RAMFORM TITAN can carry out acute or ongoing maintenance in marginal weather. New maritime inspection features for stern tubes and seals have extended the period between drydockings from 5 to 7.5 years.

Rapid deployment and recovery of the recording gear can increase production by several days per project and significantly extend the operational weather window. Steerable sources and streamers, and automated gear handling systems, have been augmented with added safety features, such as six independent source array handling booms, for faster equipment recovery. Dovetailing the onboard equipment with GeoStreamer technologies promises to make this the new benchmark for 3D, 4D and a variety of acquisition geometries. 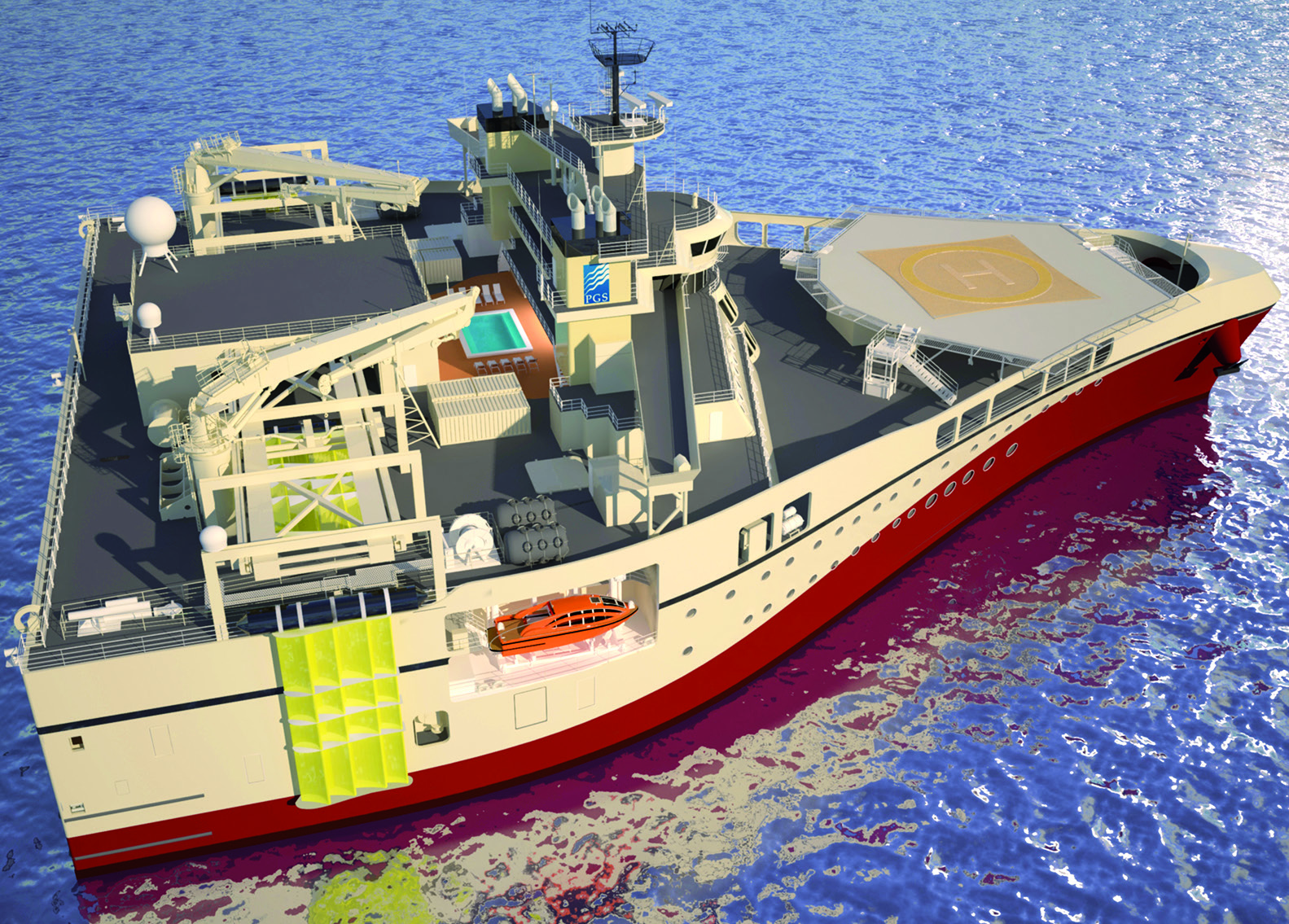