Financed by the Norwegian Directorate of Public Roads, a car ferry GLUTRA with a capacity of 100 private cars was designed for operation on natural gas, based on a new set of Norwegian safety standards for gas fuelled passenger ships. The ship and was built at Langsten Yard in Norway. The ferry is propelled by four gas engine generator sets giving power to two electric driven compass thrusters, one in each end of the ship. Liquid Natural Gas (LNG) is stored in two LNG tanks under the main deck.

The LNG fuel system was sealed off under main deck in two separate compartments containing one LNG tank and evaporator each. Evaporated gas is fed in double piping to the engine room at about 4 bar. The size of the LNG tanks is 32m3 each having enough capacity to take a full truck load. Refueling takes place every 4th or 5th day when the ferry is docked for the night and no passengers are onboard. Refueling time is about one hour for a truckload of 40m3 of LNG. The truck connects to the filling station through a hatch at the shipside.

When choosing gas engines, only gas engine generator sets for power production were available at the power range of 500-800kW per unit. A final argument for choosing electric transmission was the freedom of putting the generator sets at different locations onboard the ferry. Four generator sets, 675kW each, were put in separate engine rooms above the main deck. This was at the same time an elegant way to meet the strict requirement regarding consequences of an explosion in the engine room. An explosion analysis showed that in the worst case the door of the engine room would burst and immediately release the pressure without affect the other engine rooms. The engine room are arranged two and two, with the main switchboard for the electric power, separating them. In normal operation two engines gives sufficient power for propulsion and other energy consumers. The third generator set is backup or may be added to increase speed or higher energy demand due to weather conditions. The fourth generator set could then be available for maintenance. By this arrangement the ferry could be in operation 365 days a year in a period of 2-3 years. 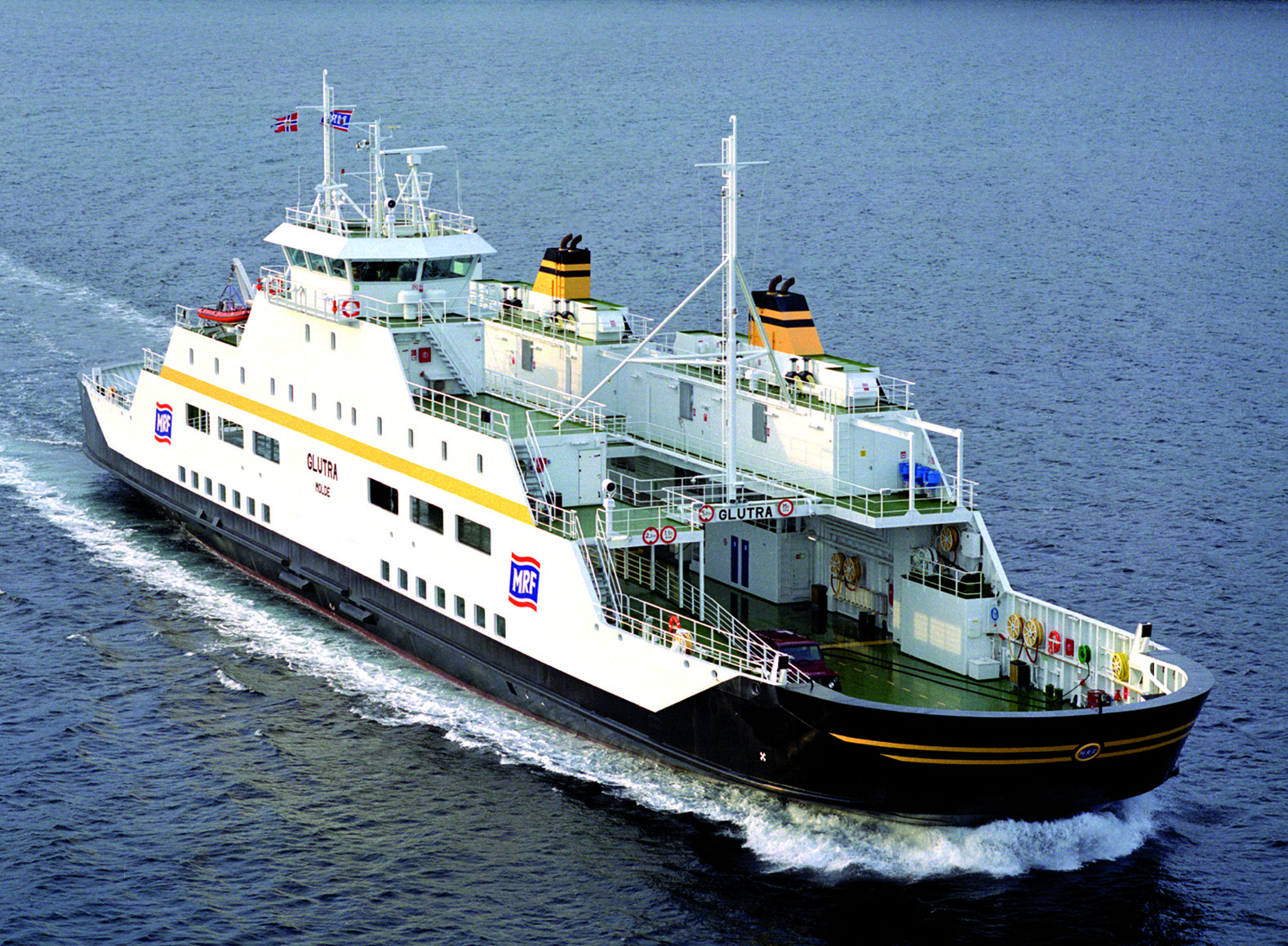