Marine evacuation systems (MES) are provided for the high-speed evacuation of a large number of passengers and crew. These systems are based on slide or chute methods. They are used in association with large liferafts racked close to the position of the rigged slide.

RFD’ s Marin-Ark is claimed to be possibly the most revolutionary development in marine safety equipment to emerge during the 1990s. It is the first evacuation system to comply fully with the latest SOLAS Chapter III regulations governing safety on board passenger vessels. The history behind the development of Marin-Ark stems from recent tragedies at sea, such as the ESTONIA disaster in 1994, when 900 lives were lost in the Baltic, partly because many liferafts had been deployed upside down.

The system comprises two, three or four 106/109 person totally reversible rafts and two fullyenclosed telescopic descent chutes, all housed within one compact and lightweight stowage unit. Additional safety features include six separate buoyancy chambers, as compared to the two found in most ordinary liferafts. This is combined with a self-bailing capacity and a unique shape, which should ensure high stability even in rough conditions.

Fully-enclosed chutes ensure rapid and safe descent, whilst protecting evacuees from the marine environment. A unique telescopic design compensates for ship and sea motion and ensures that the chute is continuously useable in heavy weather. These innovative design measures should therefore guarantee a totally-enclosed, dry-shod evacuation.

The Marin-Ark system may be supplied for installation on an open deck, or in a tweendeck space. The system is fully operational and ready to receive the first evacuees within 90 seconds of deployment, with the capability of evacuating 430 persons for each station well within the 30-minute timescale allowed.

Hydraulic cylinders activated by compressed nitrogen operate the system. The cylinders push the stowage out from its housing until it reaches an outer limit and tilts over, dropping the Marin-Ark liferafts into the water. When the liferafts leave the stowage, inflation starts automatically. Simultaneously, the chutes unfold behind liferafts. When the liferafts are fully inflated and correctly bowsed, the captain orders the evacuation. 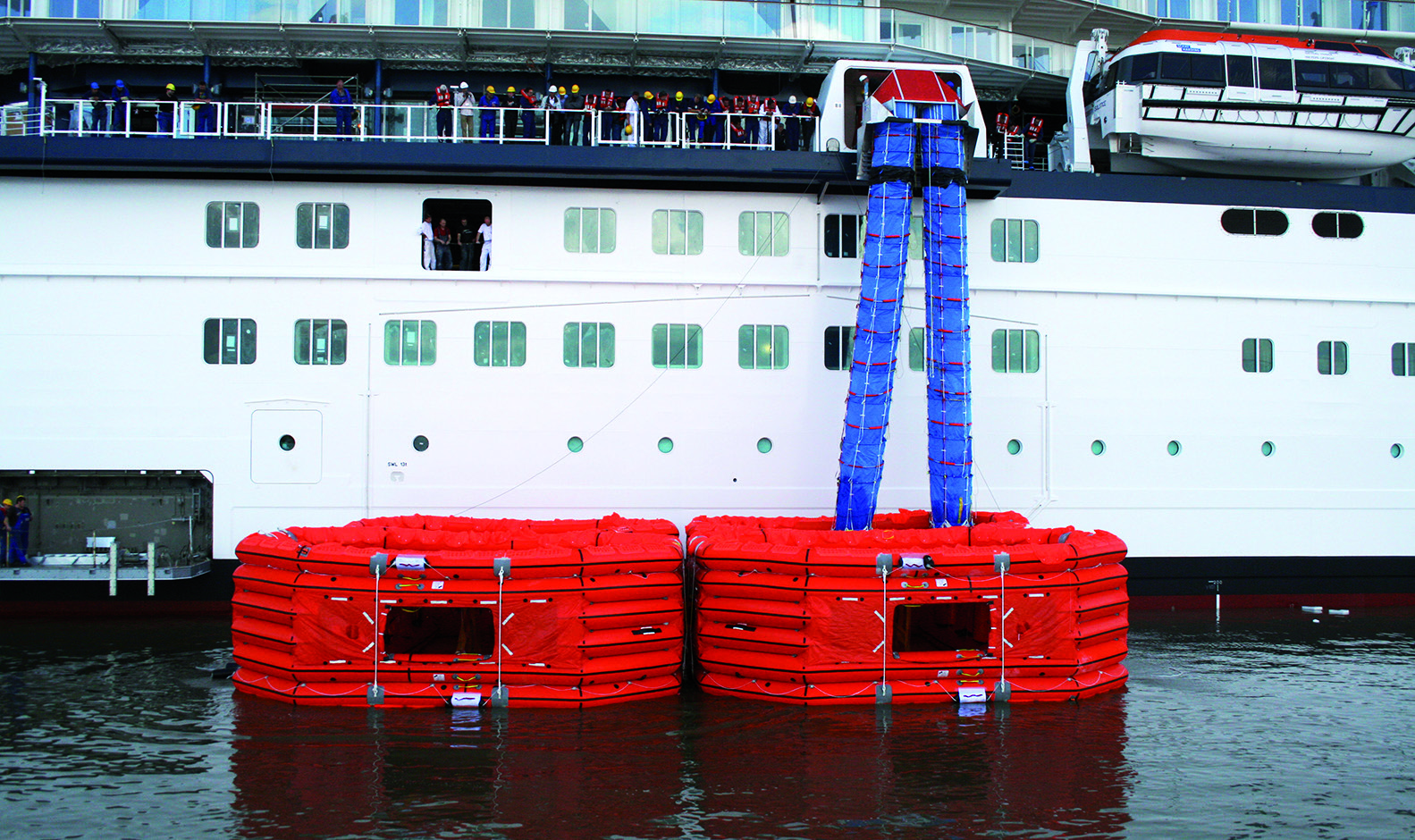 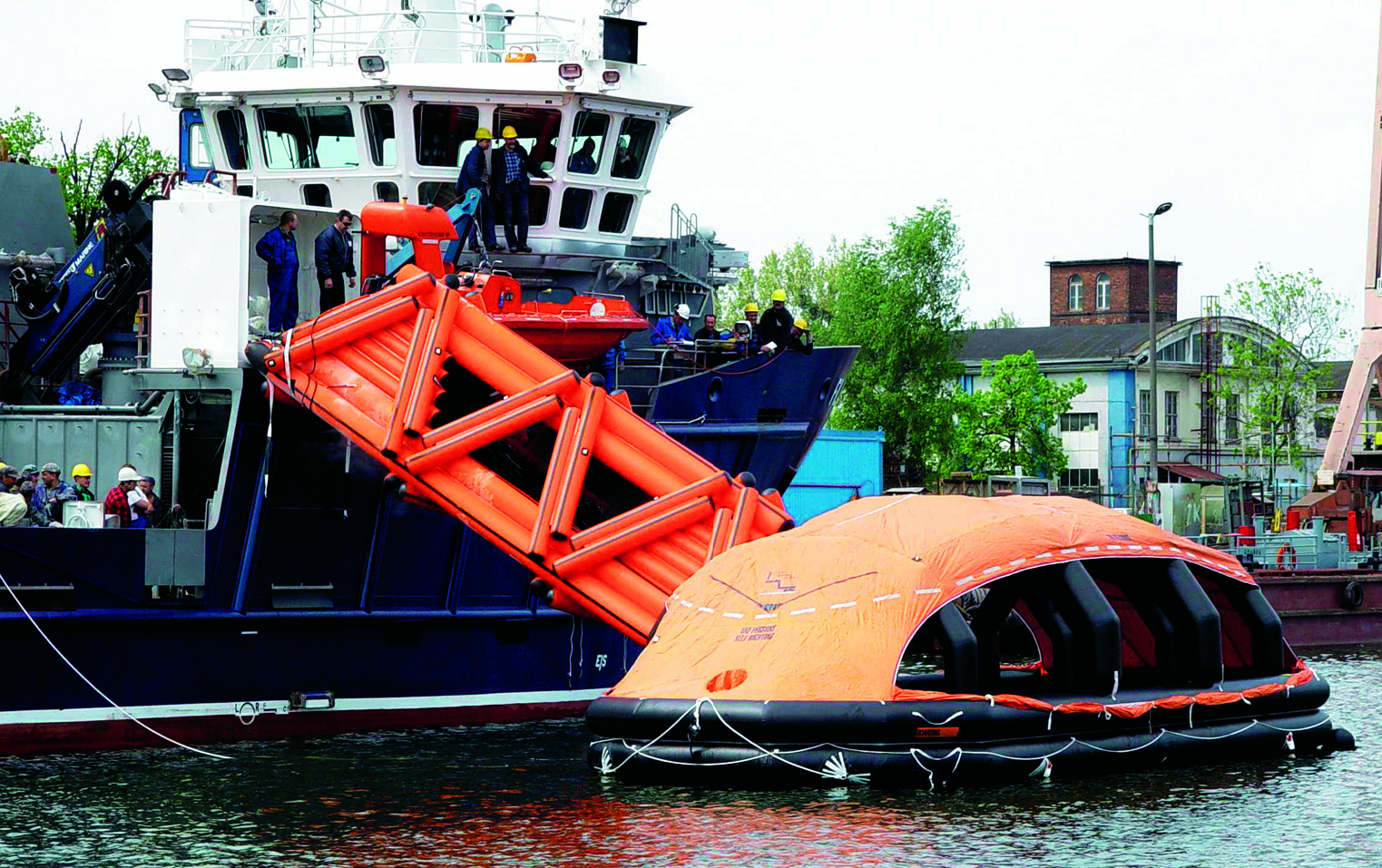