The full-scale trials conducted in order to evaluate such performance of a ship as turning, yaw-checking, course-keeping and stopping abilities. Manoeuvers required by IMO standards include turning circle, zig-zag and full astern stopping tests. When trials are conducted in condition other than full load, manoeuvring characteristics should be predicted for trial and full load conditions using a reliable method (i.e. model tests or reliable computer simulation) that ensures satisfactory extrapolation of trial results to the full load condition. Unfortunately this is still neglected by many shipyards and classification societies.

Crash-stops from full speed are nautically not sensible as turning usually offers better avoidance strategies involving shorter distances. Therefore stopping manoeuvres are recommended at low speed, because then the manoeuvre is of practical interest for navigation purposes.

- Man-overboard manoeuvre  (Williamson turn) – The manoeuvre used to search for a man overboard. It brings the ship on opposite heading and the same track as at the beginning of the menoeuvre. The rudder is laid initially hard starboard, than at e.g. 60° (relative to the initial heading) it is laid hard port, and at, e.g. –130° to midship position again. The appropriate angles (60° and –130°) vary with each ship and loading condition and have to be determined individually so at the end of the manoeuvre the deviation in heading is approximately 180° and in track approximately zero.

- Turning circle manouevre – Starting from straight motion at the test speed, the rudder is turned to 35° or the maximum rudder angle permissible and kept at this angle, until the ship has performed a turning circle of at least 540°. The trial is performed for both starboard and port side. The main information obtained from this manoeuvre consists of tactical diameter, maximum advance, transfer at 90° change of heading, times to change heading 90° and 180°, transfer loss of steady speed.

20°/20° zig-zag test is performed using the same procedure with 20° rudder angles and 20° change of heading. 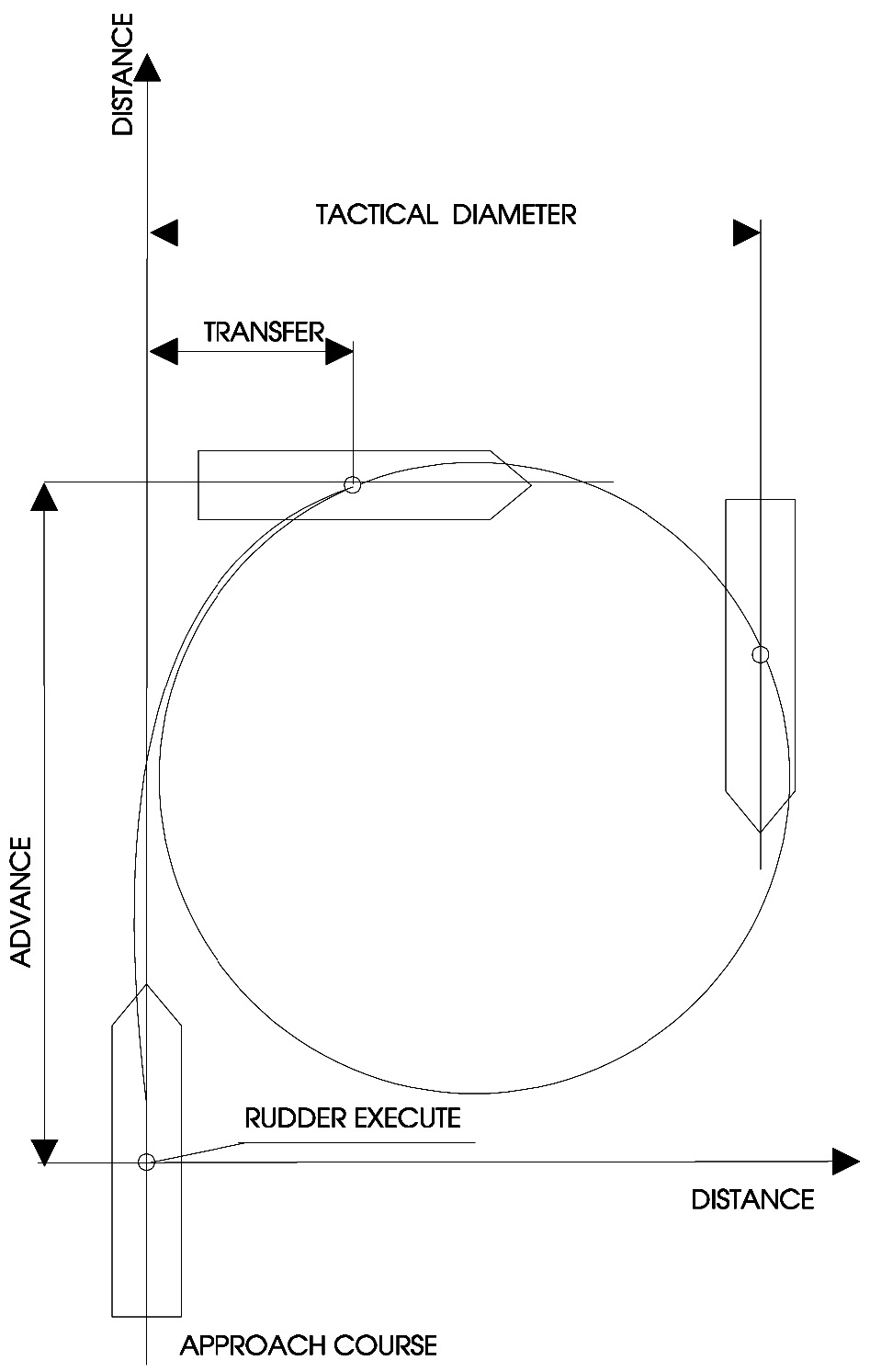