The principle of operation of the reliquefaction plant onboard a Very Large Gas Carrier (VLGC) is as described above. The cargo tanks act as evaporators and the cargo as refrigerant and the seawater is the coolant for the condenser. The reliquefaction unit is built up around the cargo compressor; where the compressor is used to compress cargo boil off vapour to sufficient pressure to be liquefied against normally seawater. Reciprocating compressors with labyrinth seals of make Burckhardt Compression is the definite market leader. The compressor can have either two or three stages of compression. The traditional solution for a VLGC is to have four identical reliquefaction units installed. During loading all units are normally running in order to handle the displaced vapour and vapour generated due to heat input and flashing. These large gas carriers are designed to load two different types (grade) of cargos having physical segregation both in the liquid phase and vapour phase. When the vessel is loading two grades of cargo, at least one reliquefaction unit is dedicated to the less volatile cargo, normally Butane.

In recent years, Wärtsilä has developed a new proprietary system that has a higher efficiency than the traditional system. This new system is based on two large and identical reliquefaction units with a combined reliquefaction capacity in excess of the conventional four units. Additionally, a separate condenser unit for the less volatile cargo is installed. This condenser unit is using condensate from the more volatile cargo boil off vapour, normally Propane, as refrigerant.

The flow schematics for the two reliquefaction units are in principal identical to the conventional system. However, individual improvements are made on process equipments in order to further improve the overall performance. This new system uses two compressors of type Burckhardt 4K165-3P running at variable speed. Each of the new reliquefaction units has a reliquefaction capacity significantly exceeding the IGC requirements. This new design is able to handle all traditional types of cargo and cargo combinations including Propane with high Ethane content (>8%) opposed to the conventional systems that cannot handle higher Ethane content than 5%.

Liquefaction of second grade cargo vapour (the less volatile vapour) can either be done by one of the reliquefaction units or by the dedicated Butane condenser unit. The Butane condenser unit offers benefits during both loading and when loaded. During loading of two grades of cargo, currently for traditional systems at least one reliquefaction unit needs to be dedicated for the less volatile cargo. The available reliquefaction capacity is normally in excess of what is needed for loading and cool down of this cargo and means of transferring the excess reliquefaction capacity to the more volatile cargo would improve the loading rate. This is because loading takes place without vapour return and loading rate is thus controlled by the installed reliquefaction capacity. By introducing a dedicated condenser taking a side stream of the condensate from the more volatile cargo, the installed reliquefaction capacity is better utilized for both cargoes during loading. Vapour can either free flow to the condenser or by the aid of a dedicated blower, free flow is the preferred method. The condensed vapour is returned back to the cargo tanks using a dedicated return pump, this is regardless of free flow or blower operation. Particularly for blower operations it is important to minimize the compression heat input and thus a return pump is beneficial. Normally, blower operation is not required. Free flow of cargo vapour is driven by the temperature differences between the first grade condensate and second grade vapour. 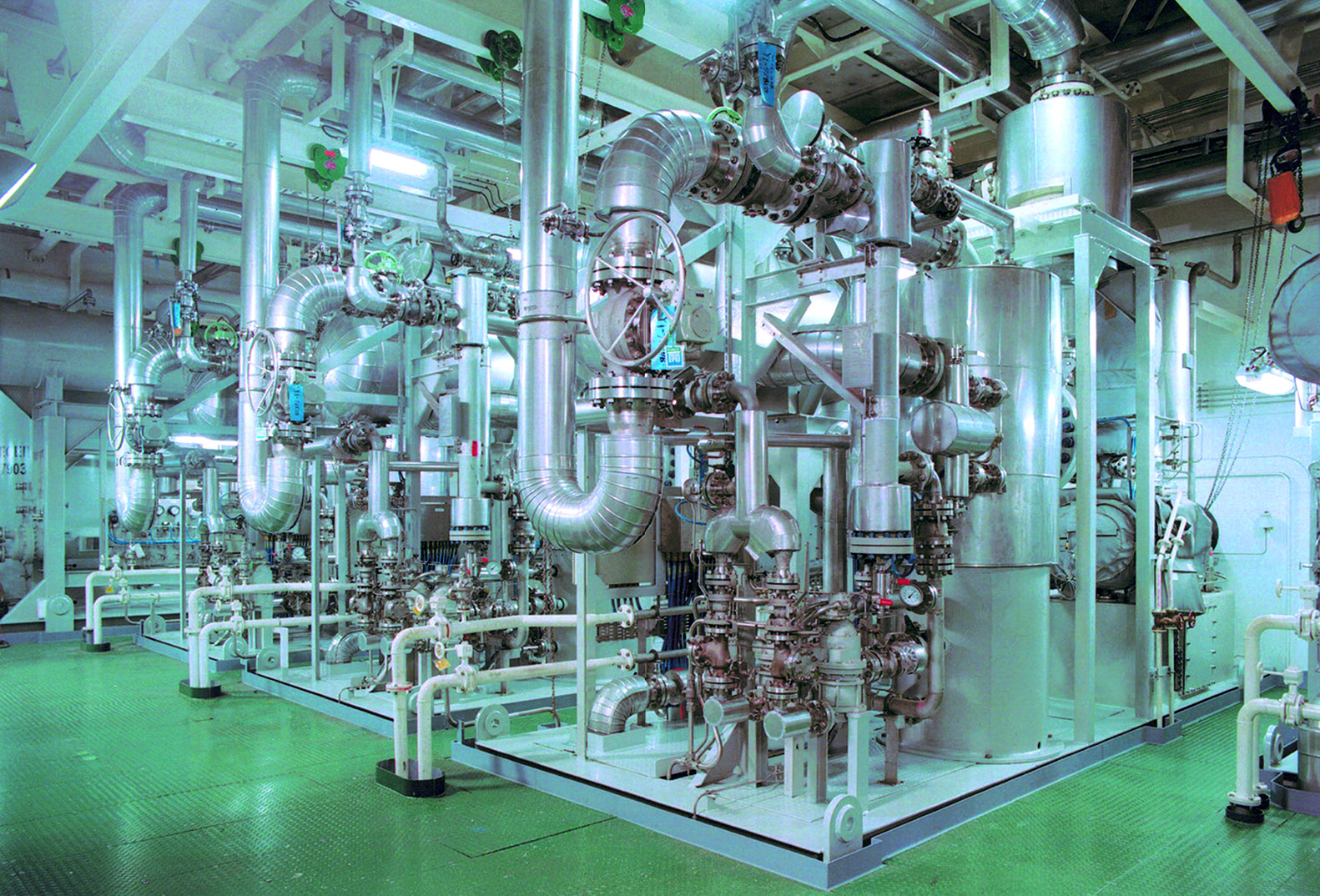