Although steam turbine propulsion has served LNG tankers well for a couple of decades, this type of propulsion is relatively inefficient and expensive to operate. Recent developments in engine technology are now enabling more efficient propulsion systems to be considered.

One of the most interesting alternatives is DF diesel-electric concept developed by Wärtsilä. This is the electric propulsion with main generators driven by dual-fuel engines. DF engines can use either boil-off gas or MDO as fuel. The main generators feed the ship electrical network and, through a variable-speed drive system, the propulsion motors. There is no need for auxiliary generator sets, so the total installed power can be reduced. With electric cargo pumps, one generator set should be sufficient to handle the power demand for cargo operation.

The 75,000m3 vessel built for Gaz de France at the French shipyard Alstom Chantiers de l, Atlantique is the first LNG tanker powered with dual fuel/diesel-electric concept. The power plant consists of four generating sets with Wärtsilä dual-fuel 6L50DF engines, each developing 5700 kW at 514 rev/min, and Leroy Somer 5500kW alternators. They supply power for domestic use, and for two 9500kW propulsion motors, also supplied by Leroy Somer. A Renk twin-input/single-output reduction gearbox is next in the driveline, making the connection from the motors to the single FP propeller.

The Wärtsilä 50DF engines are fully capable of switching over from gas to MDO automatically should the gas supply be interrupted. Whilst making maximum use of boil-off gas to develop useful power, the high efficiency of these engines calls for much lower fuel consumption overall. They are positioned in pairs, in two separate gas-tight compartments.

Claims made for the dual-fuel/diesel-electric system include a 30% increase in efficiency over the traditional steam turbine installation, plus added redundancy and a drastic reduction in emissions. A further bonus is the use of exhaust gas boilers to supply free heat to the cargo and hotel systems. 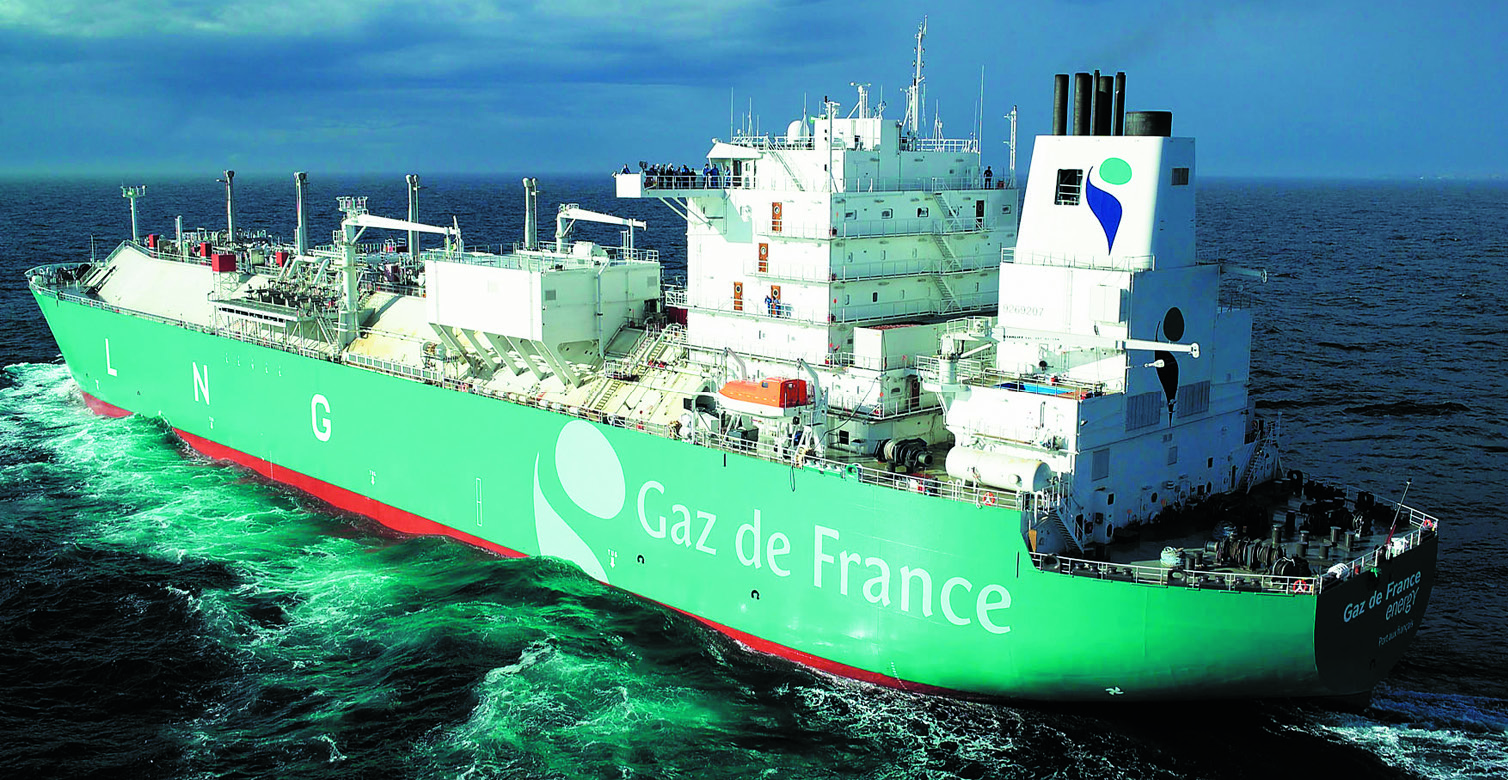