A highly-sophisticated gas carrier with very specialized LNG cargo containment system built for transportation of natural gases in bulk. As it is usual with LNG tankers, the cargo is transported at a temperature of -160°C.

METHANE PIONEER was the first ship to carry LNG internationally, on a voyage from the Trunkline Terminal at Lake Charles, Louisiana to the British Gas facility on Canvey Island in the UK in 1959. Until then no one could be sure of the effectiveness of insulation systems and many possible designs have been developed and evaluated. METHANE PIONEER was a converted freighter, fitted with 5 tanks with balsa wood and glass fibre insulation. Her successful crossing of the Atlantic with 5000 m3 of LNG conclusively demonstrated the feasibility of internationally traded LNG and marked the start of the LNG era. The first two commercially viable methane carriers; METHANE PROGRESS and METHANE PRINCESS, entered their service in 1964. Each of them carried 27,400m3 of gas.

The four central tanks has a total capacity of 159,760m3. The electric drive system is supported by four tri-fuel Wärtsilä 9L50DF engines, which are installed in two separate engine rooms.

One of the main requirement of LNG carriers has been the need to use the boil-off gas from the cargo in the propulsion system. Steam turbine was used as a prime mover and steam was generated by boilers burning oil or boil-off gas, or the combination of both. This type of propulsion is relatively inefficient and expensive to operate compared to diesel engines, especially when challenged by dual-fuel diesel-electric propulsion concept developed lately by Wärtsilä. The move away from steam turbines to diesel engines is the biggest step since a long time. Today many new LNG carriers on order will be powered either by boil-off gas driving diesel-electric installation, with dual fuel arrangements for the passage with no gas on board, or large two-stroke diesel engines burning conventional fuel, with their boil-off gas reliquefied on board.

Since the 1970s the deep-sea LNG carrier has grown quite slowly in size, from 125,000m3 to 138,000m3, and subsequently to 145,000m3, with the latest Gaz de France and BP projects having taken unit capacities to 154,000m3. The firstever really giant ships – of 216,000m3 were ordered in 2004. Q-max type MOZAH and her sisters, at 266,000m3, are the largest LNG carriers ever built, representing a 75% in capacity of traditional ship sizes and reflecting an economy of scale philosophy. See also Cargo handling equipment of 138,000m3 LNG tanker, LNG cargo containment systems. 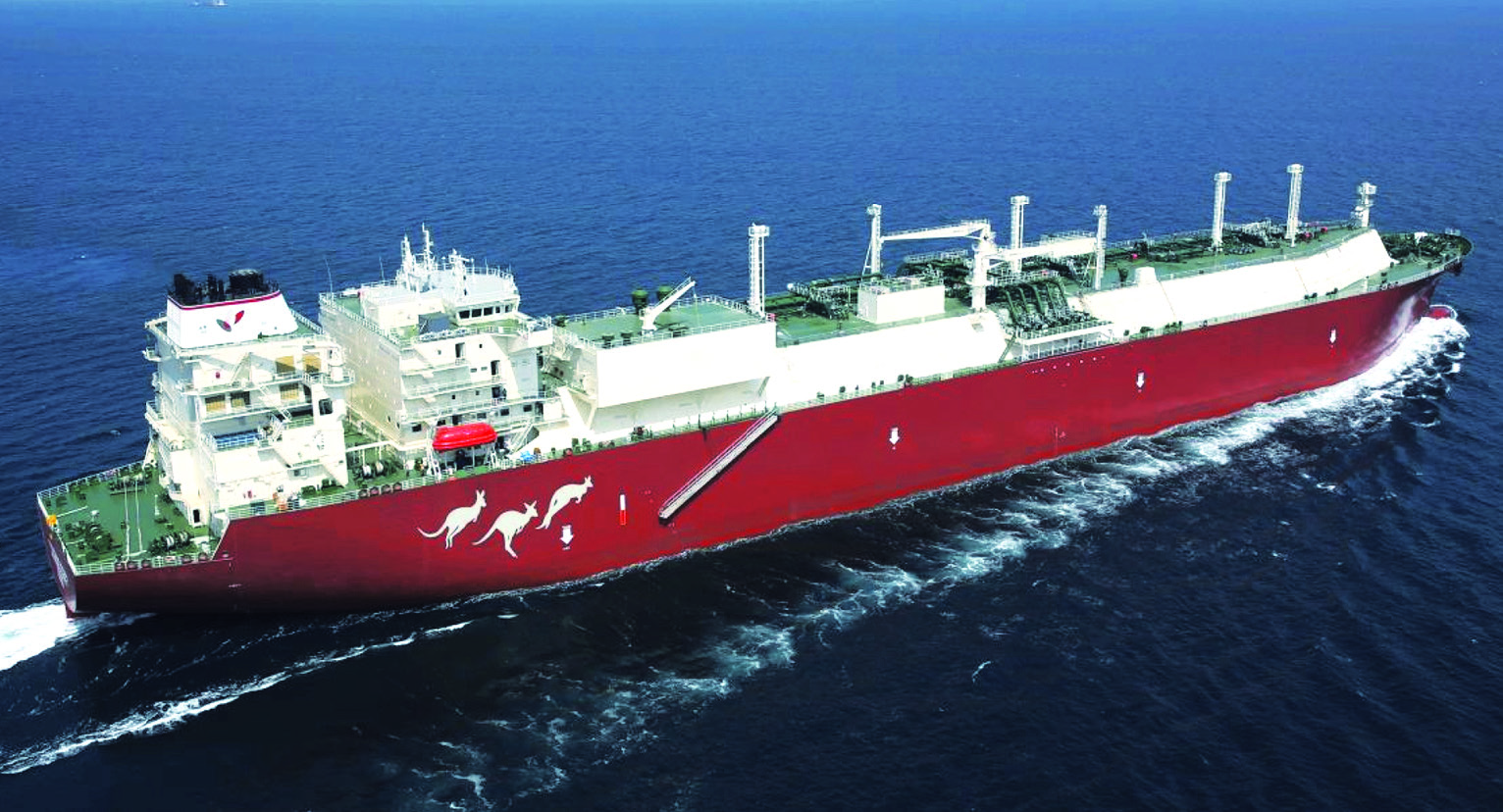 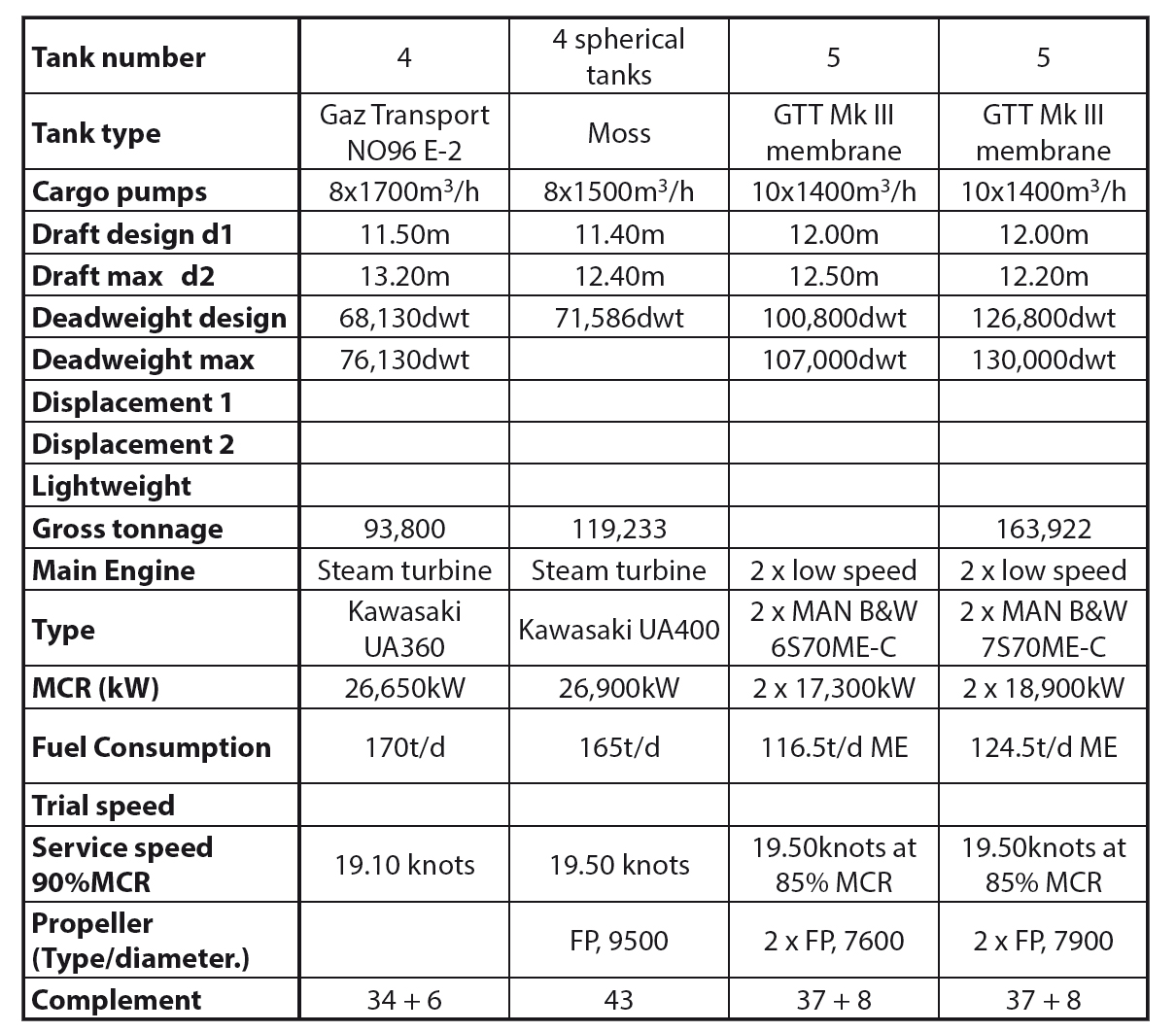