A rigid or inflatable raft designed to hold people abandoning ship. Liferafts are required as a back-up to lifeboats and in some small ships are allowed in lieu of lifeboats. Davit-launched liferafts or throwover inflatable liferafts are in use. An iInflatable liferaft is usually stowed on deck in cylindrical, glass-reinforced plastic container. All approved liferafts (except for liferaft at stem) must be equipped with an automatic release gear (hydrostatic release) that makes the raft release automatically under water if no time is left for manual release.

- Davit-launched raft  – The davit-launched liferaft is to be connected to the davit and then inflated at deck level, thus enabling the passengers to board the raft from deck. The raft is then launched to the water. A liferaft must be at least 9 meters forward off the propeller.

- Reversible liferaft  – Whichever way a raft lands in the sea, a canopy is still offered and the task of turning the raft over is abolished.

- Self-righting liferaft  – A liferaft which turns automatically from a capsized position to an upright position.

Zodiac International has developed the self-righting technique to comply with the updated roro ferry liferaft regulations. It enables liferafts to turn automatically from a capsized position to an upright position on the surface of the water, regardless of whether they inflate in the inverted position underwater or on the surface of water, or capsize for any reason proceeding inflation.

- Throw over liferaft – The throw-overboard liferaft is released from the cradle and then thrown overboard, or slides automatically when released. When waterborne, the liferaft inflates on a hard pull of the painter line and then is ready for boarding. 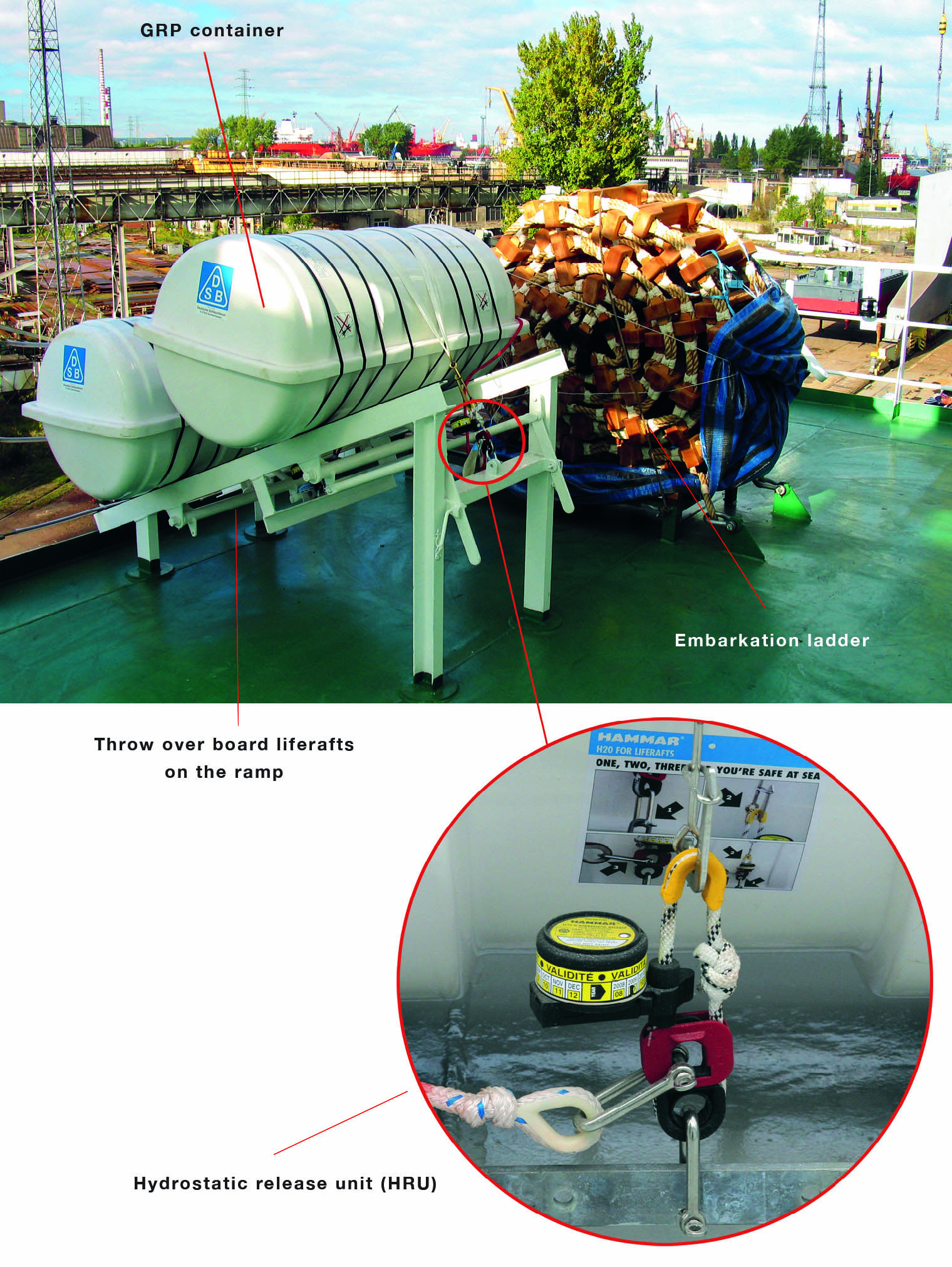