Finland is entirely dependent on icebreakers to keep its trade routes open in winter. Icebreakers are normally in operation from mid November until the end of May. Traditionally, icebreakers have been unemployed outside the winter season. In the early 1990s, the Finish Marine Administration began to look at alternative configurations to see if an effective icebreaker could be combined with enough flexibility to be employable elsewhere. The first result was the combined icebreaker and offshore vessel FENNICA put into service in 1993 followed by a sister ship NORDICA in 1994. They have proved to be very successful and this experience has led to the construction of the BOTNICA.

The new vessel is somewhat smaller than its predecessors. FENNICA and NORDICA were 116m long with a beam of 26m and 15 megawatts of propulsion power, fed through two azimuth thrusters. BOTNICA is 96.7m long with a 24m-beam. The total engine output is15MW but under normal conditions 10MW is used for propulsion. The latest technology has been incorporated and BOTNICA is notable for two Azipod units which provide a bollard pull of 105t and a free running speed of 15 knots. The ship is capable to maintain a continuous speed of 4 knots ahead in 1.2m thick ice and the speed of 8 knots in 0.60m ice.

In winter, the ship operates as an icebreaker, in summer is used for subsea intervention. The vessel is able to carry out slim hole drilling, ROV support. It can also carry out towing operations and provide cargo and equipment supply. BOTNICA includes many features already seen in two earlier vessels from Finnyards. In particular, the hull form is comparable, with its raked bow, forward and aft skeg, angles and partial chines in the underbody and the forebody, which steps in to a narrower aft section. Together, these features give excellent icebreaking capability combined with the necessary stability, seaworthiness and low motions for the offshore work.

The two Azipod propulsors are supplemented by three Brunvoll tunnel thrusters in the forward skeg. Power for all units and the ship services and auxiliaries is generated by six generator sets housed into two separate engine rooms and arranged in a staggered formation to leave room for 6.5m by 6.5m moonpool in the middle of the ship.

BOTNICA has four level accommodation that provides space for the crew and additional staff for specialized offshore operations. Over the foredeck accommodation there is a helicopter platform. The aft deck is equipped with a 30m-high derrick over the moonpool and a 160t Hydrolift crane. 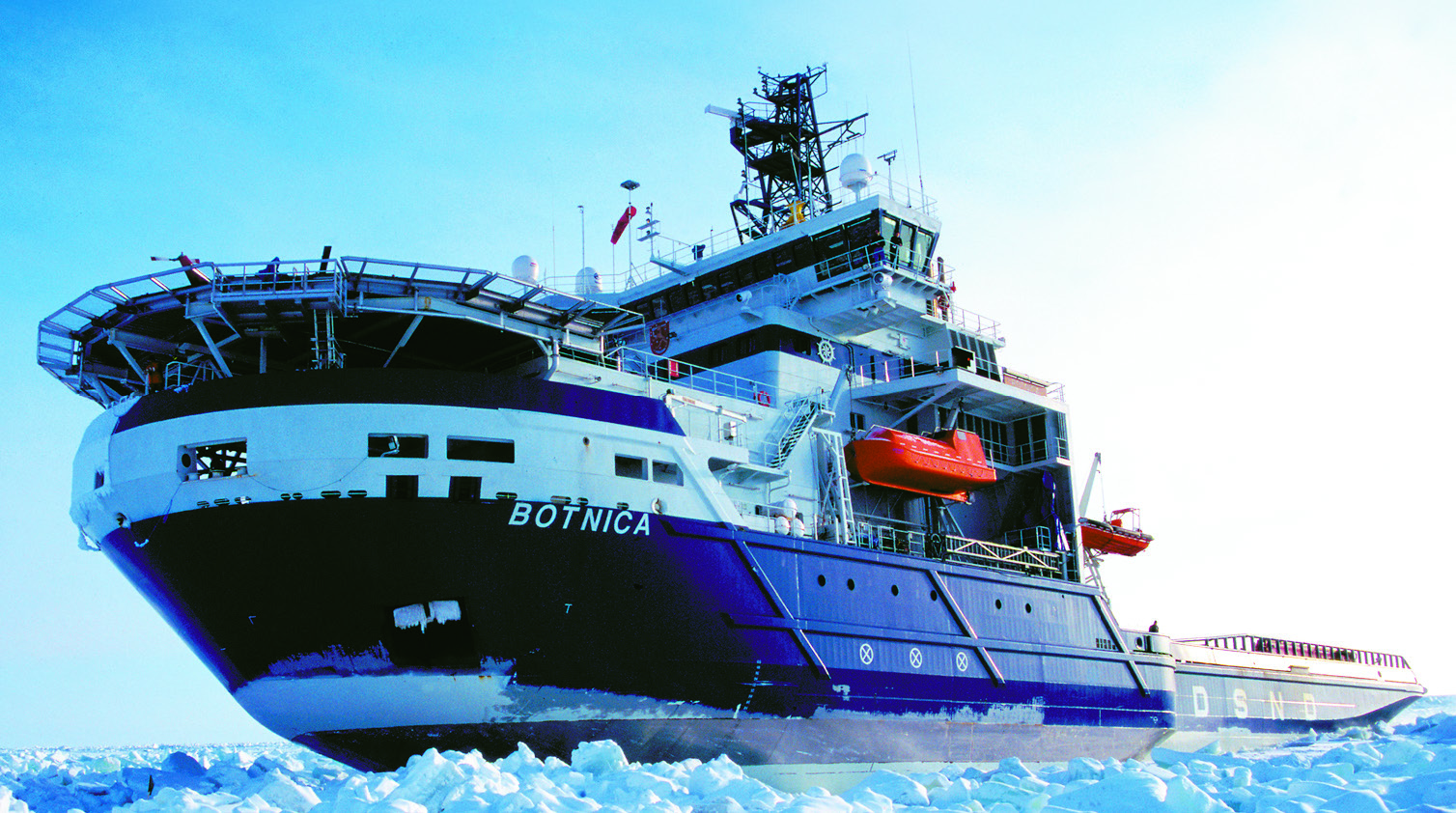