According to Significant Ships of 2003

The BOW SUN, delivered by New Szczecin Shipyard in 2003, is one of the largest chemical tanker in the world. The ship is designed to carry IMO Type I, II and III chemicals, petroleum products, vegetable, animal and fish oils, and molasses. The ship provides 52,100m3 cargo capacity in 40 tanks, ranging in capacity from 350 to 2650m3.

The Norwegian company supplied a cargo pumping system that includes an independent deepwell cargo pump for each tank; 7x330m3/h plus 27x230m3/h. Each of the deck tanks has 100m3/h pump. Loading/discharging is possible through the midship manifolds at a maximum rate of 3000m3/h with each tank fitted with its own piping system.

All piping, valves and pumps are of stainless steel, like the two sets of heating coils fitted in each tank, which transfer hot water heated by steam in two heat exchangers. In addition, four of the cargo tanks are fitted with a thermal oil heating system.

The ship has hull structure calculated for a 40-year fatigue life. The double-skin surrounds a cargo space divided by two longitudinal, and 17 transverse bulkheads, into 18 centre tanks, and 8 pairs of wing tanks, all built from solid duplex stainless steel, with the same material used for six cylindrical tanks carried on the upper deck to provide flexibility of cargoes. Transverse bulkhead are corrugated horizontally, with the longitudinal divisions separating the centre and wing tanks flush, and of the sandwich type, forming void cofferdams to reduce heat transfer. All stiffening is arranged outside the tanks, providing a smooth surface for cleaning. Side and bottom double-skin spaces form water ballast tanks, except for the aftermost side pair used for tank cleaning fresh water.

Tank cleaning uses two 200m3/h pumps, arranged for simultaneous operation with sea and fresh water, each medium having its own heater. The inert gas arrangements feature a system with nitrogen of 95% purity produced from four 360kW compressors and generators of 3750m3/h capacity, using hollow-fibre air separation techniques. Tanks levels, temperatures and pressures in cargo, ballast and engine room tanks, are measured by a Saab TankRadar installation.

A high-pressure hydraulic system, supplied from five 375kW power packs, operates on a ring main with branches to cargo/ballast tank-cleaning pumps, manifold cranes, bow thrusters and mooring equipment. Cargo and ballast valves, however, are driven from an independent hydraulic system. 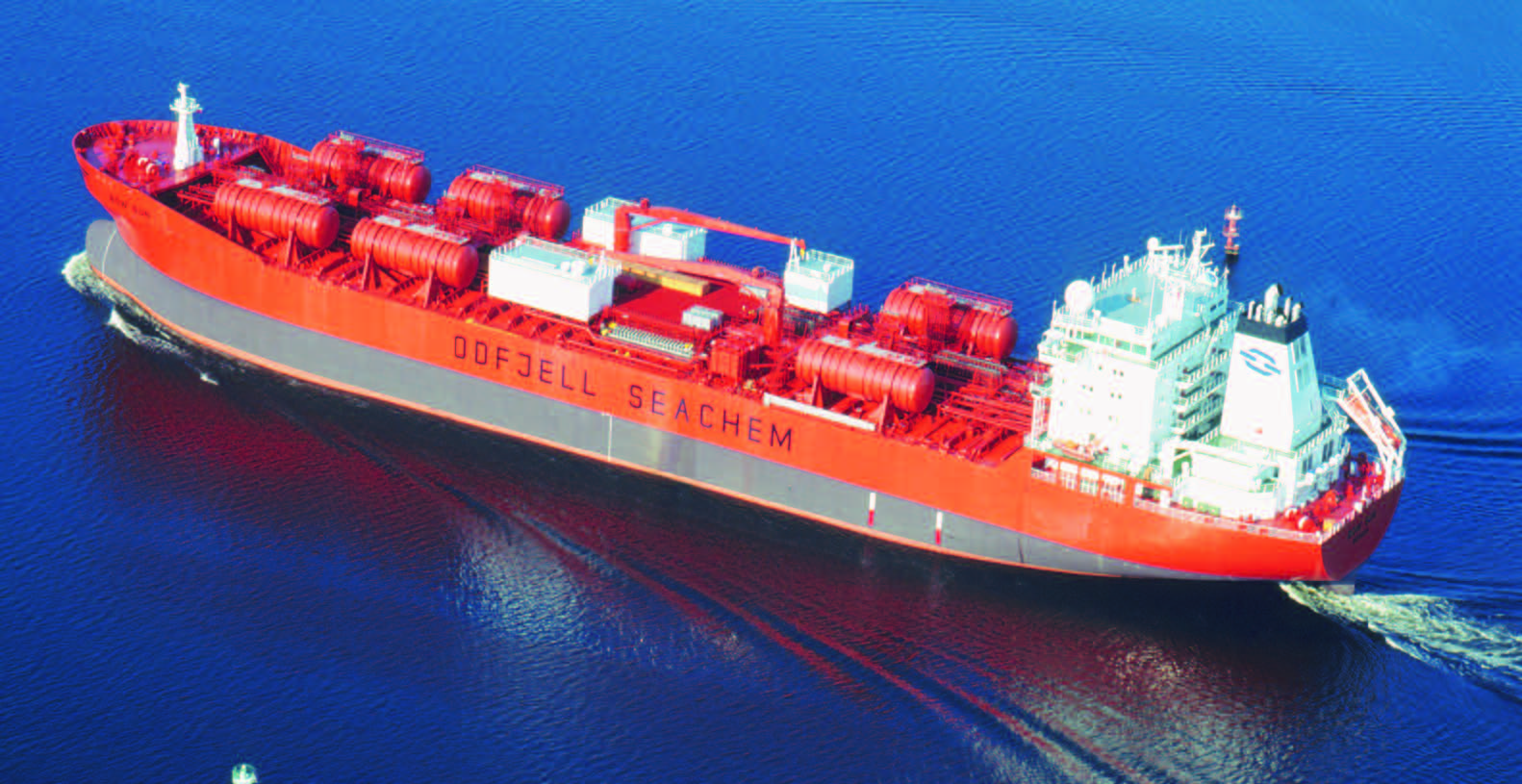