Risk of collision has always accompanied marine transport. Despite improved navigating equipment, this risk is even greater today due to the growing number of bigger and faster vessels. For this reason, seagoing vessels with the keel laid on, or after 1 July 1998, are to meet strict requirements with regard to the visibility from the navigation bridge.

1. The view of the sea surface from the conning position is not to be obscured by more than 2L or 500m, whichever is less, forward of the bow to 10° on either side for all conditions of draft, trim and deck cargo under which the particular vessel is expected to operate.

2. From the main steering position, the horizontal field of vision is to extend over an arc from right ahead to at least 60° on each side of the vessel.

3. The horizontal field of vision from the conning position is to extend over an arc of not less than 225°, that is, from right ahead to not less than 22.5° abaft the beam on either side of the vessel.

4. From each bridge wing, the horizontal field of vision is to extend over an arc of at least 225°, that is, from at least 45° on the opposite bow to right ahead and from right ahead to right astern through 180° on the same side of the vessel. The vessel’s side is to be visible from the bridge wing.

Despite of these requirements, checking the ship visibility is often limited to define just two visibility lines: one according to SOLAS and another one as required by Panama Canal (for one L). Both lines for the ship without trim and on full draught only. Any change of draught and/or trim will destroy such theoretical visibility. For this reason the master shall be provided with a detailed analysis of visibility taking into account various arrangements of deck cargo, various values of trim and draught. 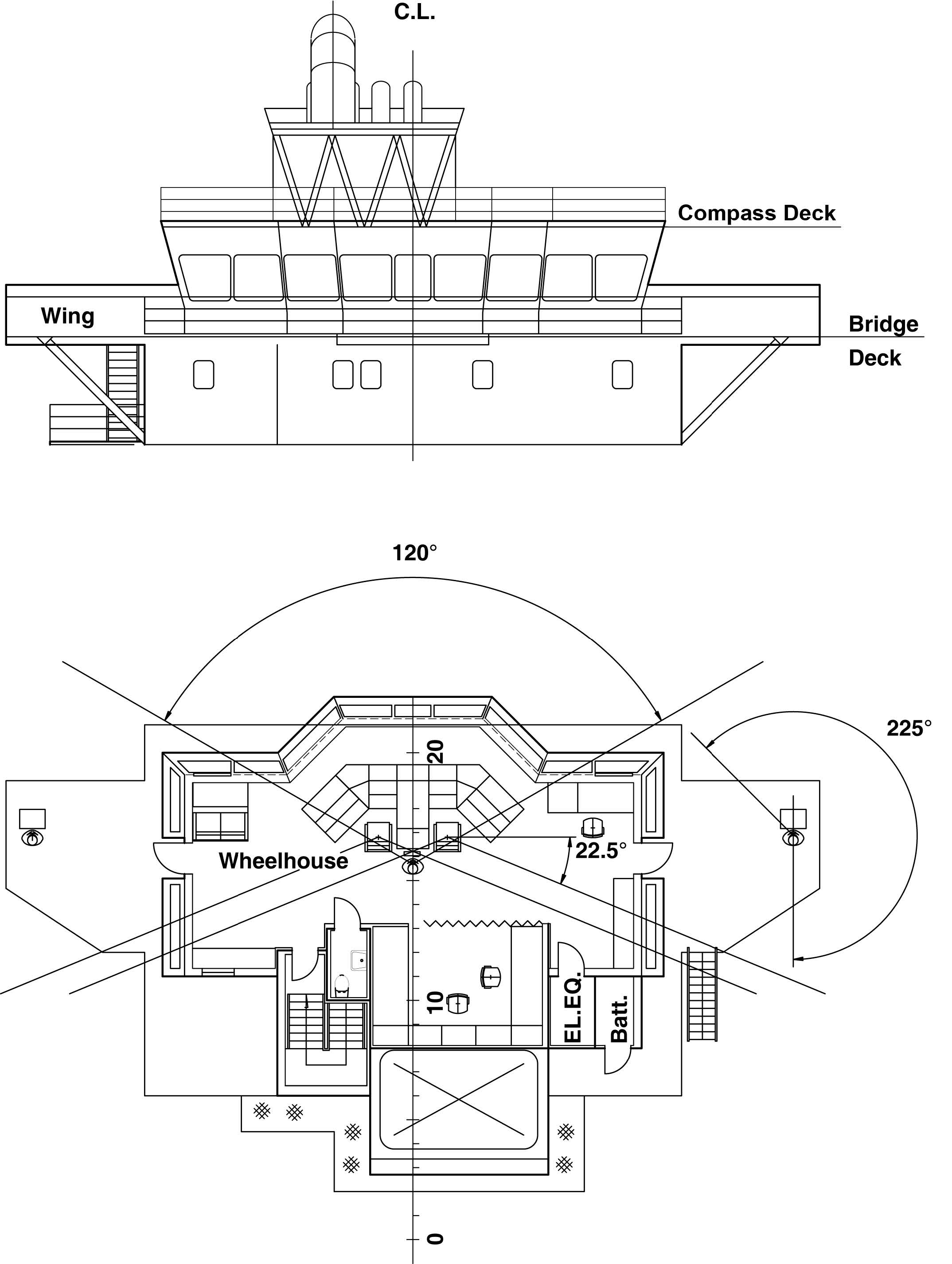 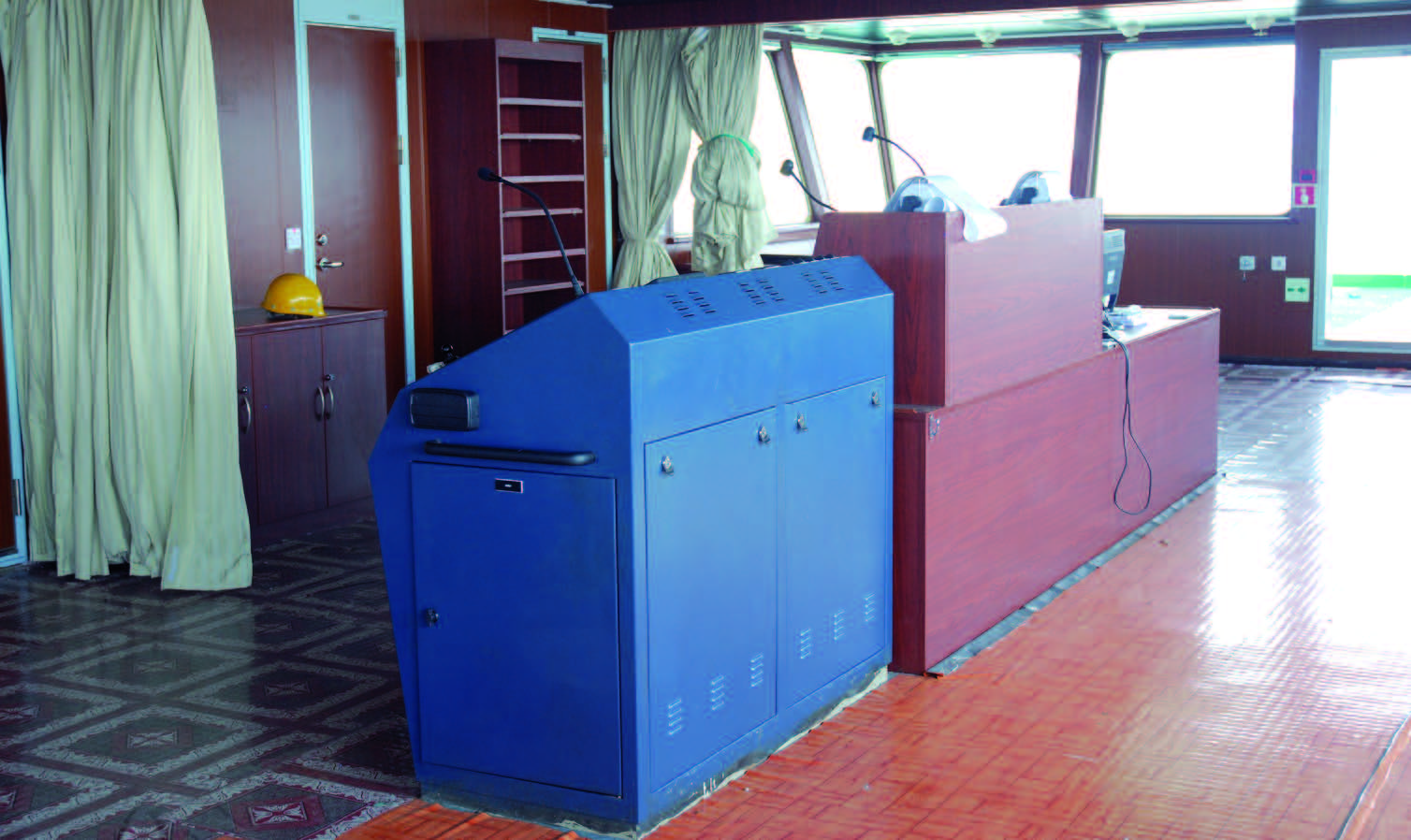 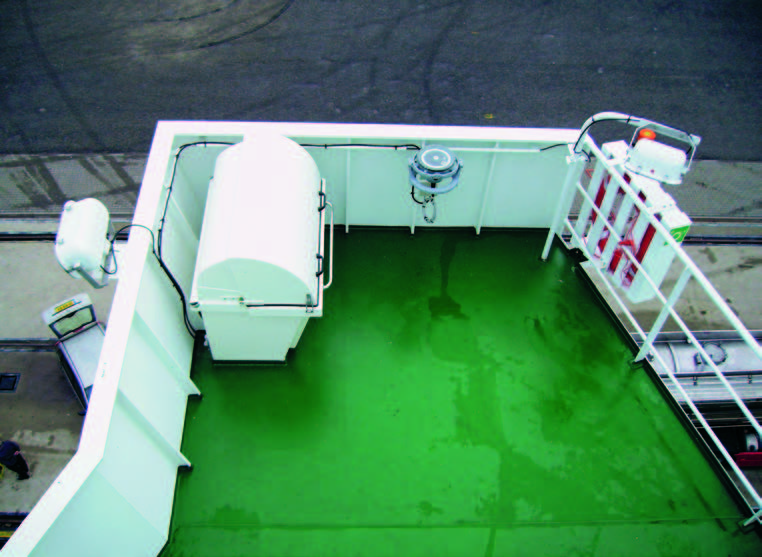 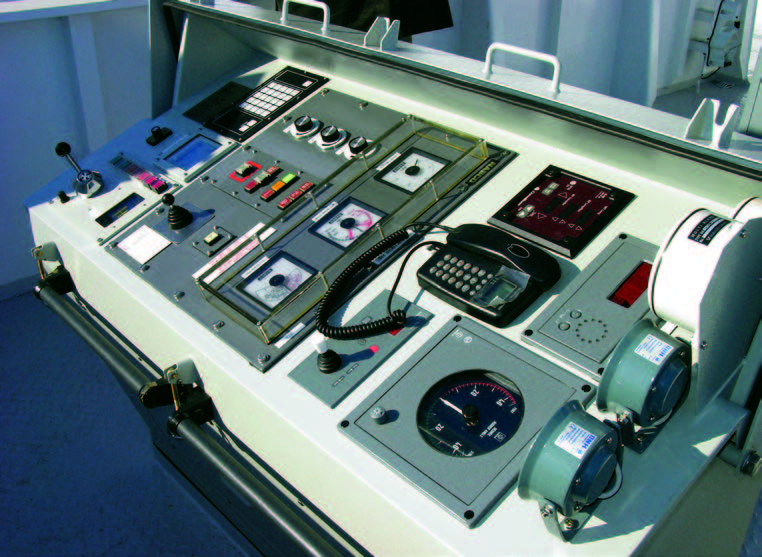