An apparatus used to produce steam, either for the main propulsion or for auxiliary machinery. A boiler is, in general, any closed liquid-containing vessel to which heat is applied. It is also called steam generator as it transforms water into steam. Boilers generally consist of metal shells (or bodies), headers and tubes that form the container of the steam and water under pressure and, in certain types, of the furnace and passages for the hot gases. Some boilers have additional drums called superheaters.

Boilers fall into two categories: water-tube and fire-tube ones, according to which substance passes through the tube and which flows round the outside. They are used to provide steam for propulsion or for various ship services.

- Composite boiler – A firetube boiler which can generate steam by oil firing or the use of diesel engine exhaust gas.

- Exhaust gas boiler, economiser – An exhaust gas heat exchanger is a row of tube banks circulted by feed water over which the exhaust gases from main diesel engine flow. A boiler drum is required for steam generation and separation to take place. For this purpose, the drum of an auxiliary boiler is usually used. 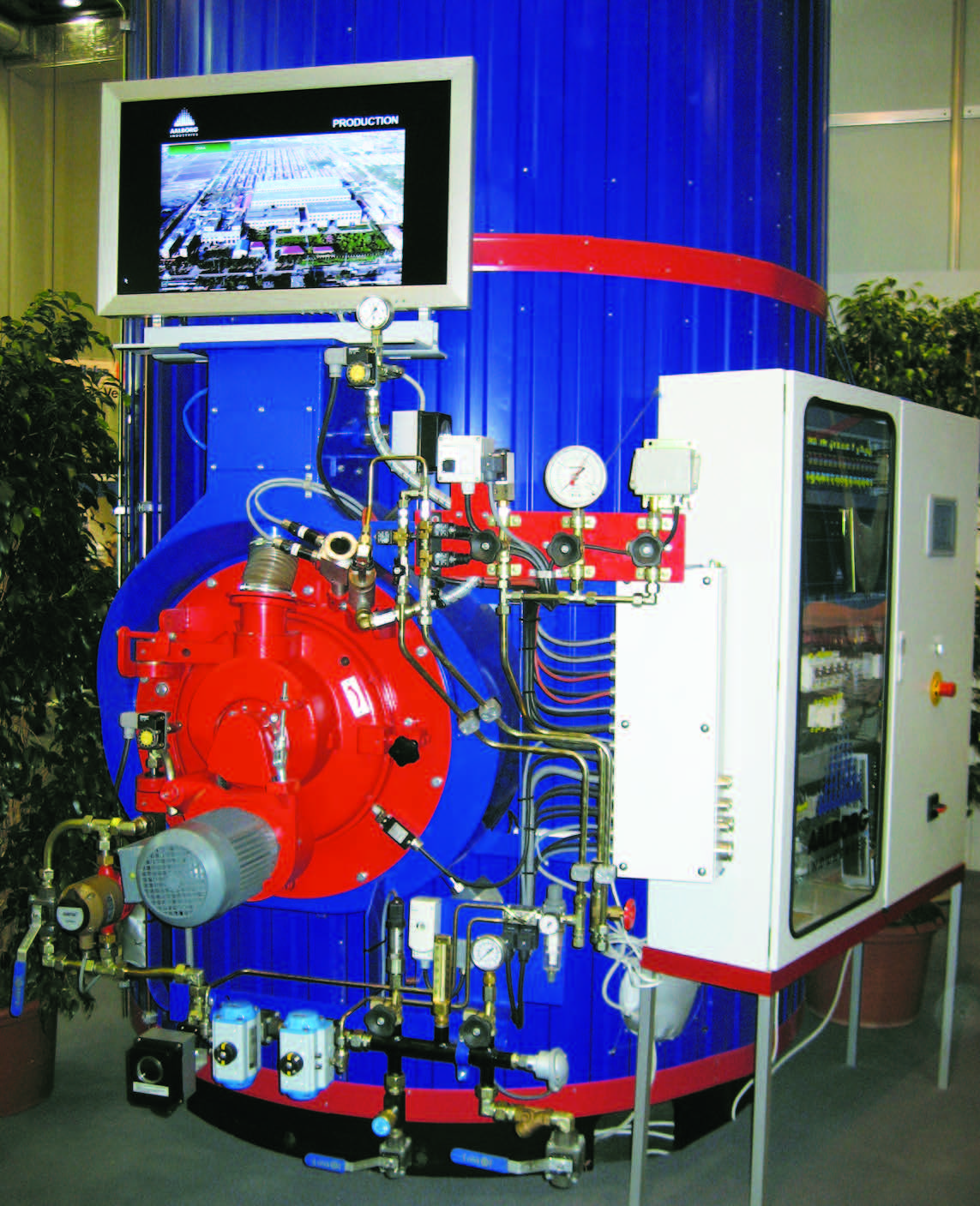