Company
Home
About
History
What’s The Deal With The Irish Debt Crisis?

What’s The Deal With The Irish Debt Crisis?

In the 2010s, Wärtsilä began to be seen as a serious player in the world of international business. In December 2010, Wärtsilä’s President and CEO Ole Johansson was invited to go on the Bloomberg morning show to talk about current topics in the marine industry. Wanting to avoid the worst of London’s morning traffic and prepare for the interview carefully, Johansson and the Executive Vice President in charge of Communications made it to the studio more than an hour ahead of the agreed time.

Suddenly, they put Ole in front of the cameras. The first question he was asked on camera was about the Irish debt crisis. They had mistaken him for another interviewee who had not shown up on time.

Not flustered by the unexpected question, Ole simply said “I can certainly give you my opinion on that, but I came here to talk about the future of the marine industry and energy production.”

Then it was Bloomberg's turn to get flustered, and the director ordered them to switch from a live broadcast to taping the programme. 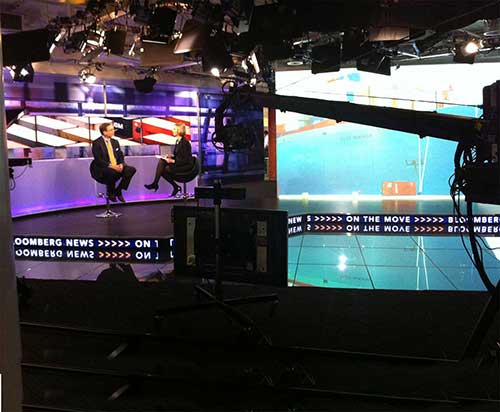