Company
Home
About
History
Story: The Focus Remains On People

The Focus Remains On People

The renowned American futurist Alvin Toffler visited Wärtsilä and the Helsinki shipyard in 1983. Toffler rose to prominence for his predictions regarding the megatrends of post-industrial society and future changes such as the rapid rise of the Internet. “He also advised Wärtsilä’s executives about the changes taking place in our world,” recalls Eeva Artimo, who was Wärtsilä’s Vice President of Communications and had the opportunity to interview Toffler during his visit.

Even as far back as in 1983, Toffler was able to predict how digital technology and computers would change the world and how computerisation would lead to the increased significance of information in the workplace, even in heavy industries such as those in which Wärtsilä operates. Toffler also emphasised that, in spite of rapid technological progress, the key factor in and the central focus of this process of transformation is not microchips and robots, but people. This is a view that Wärtsilä still holds to this day. 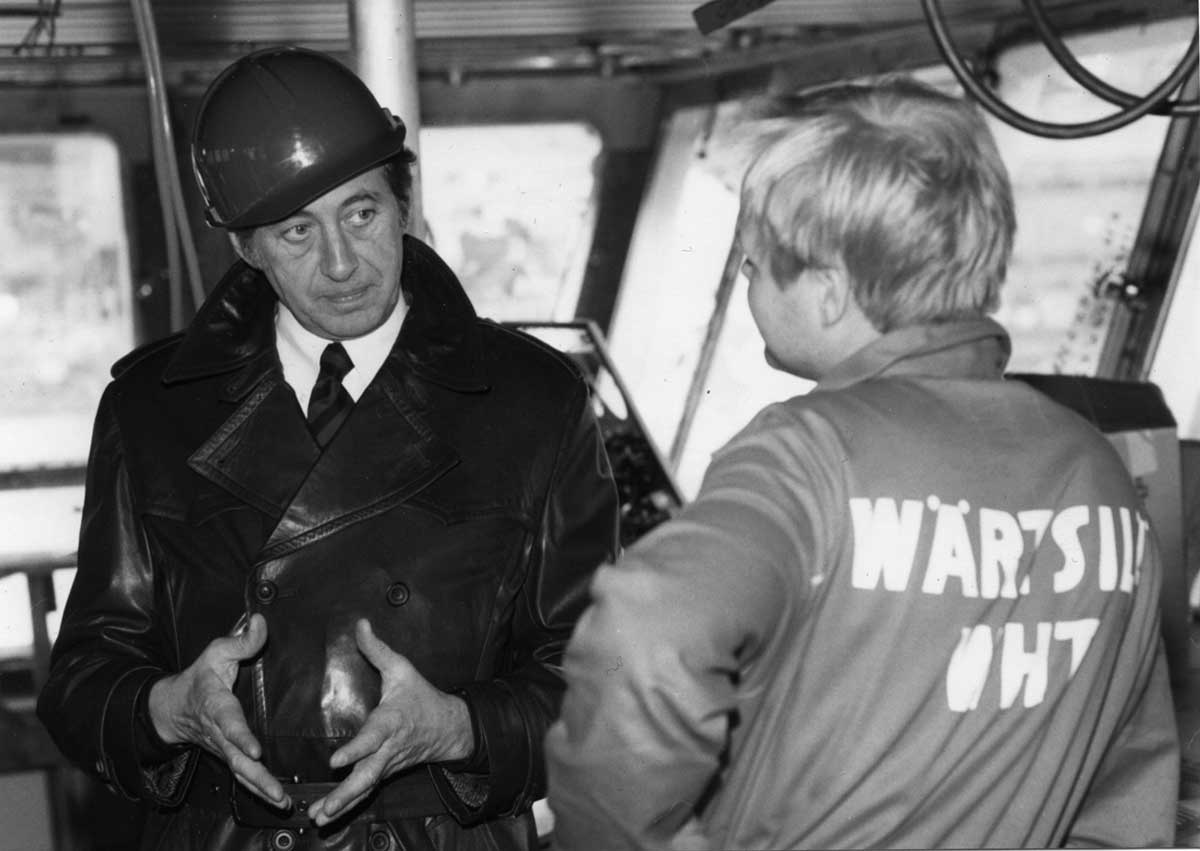