Weighing in at more than three tonnes and with a length exceeding six metres, the GAZ Chaika, or “Gull”, was an impressive addition to Wärtsilä’s automobile fleet. Finland’s three largest exporters – Wärtsilä, Kone and Nokia – were each given permission, or perhaps urged, by an influential figure on the Soviet side to buy a Chaika luxury car as a counterpurchase. Wärtsilä did so in 1985.

“I still remember the number plate. It was AVV-130. We always drove it when we went to Leningrad or the Soviet Union. It was a highly regarded vehicle there. You had to be a minister-level person to have one. It also got you special treatment at the customs. You never had to wait in line. It won you plenty of friends wherever you went. You’d have people taking photos of the car at border crossings and service stations.

And you never got a ticket when you were driving the Chaika. Driving other cars, you’d get plenty of tickets. It was a local custom. I remember we had a board full of three-rouble and six-rouble tickets on the wall of our break room.

With a 7.2 litre V8 engine under the hood, the Chaika had plenty of power when you got it moving. The three-speed transmission made it a difficult car to drive: going from first to second gear, it would make sputtering noises if you forgot to step off the accelerator a bit. It also had a crazy long wheelbase that made turning quite interesting. Making a U-turn was a bit of a workout.

It wasn’t cheap either. The price was the same as a large S-Class Mercedes, around FIM 800,000. For that money, I think you’d rather have the Mercedes. But at least the Chaika was handmade. Even the seats mimicked those of a luxury Mercedes. They had the same velour pattern.” 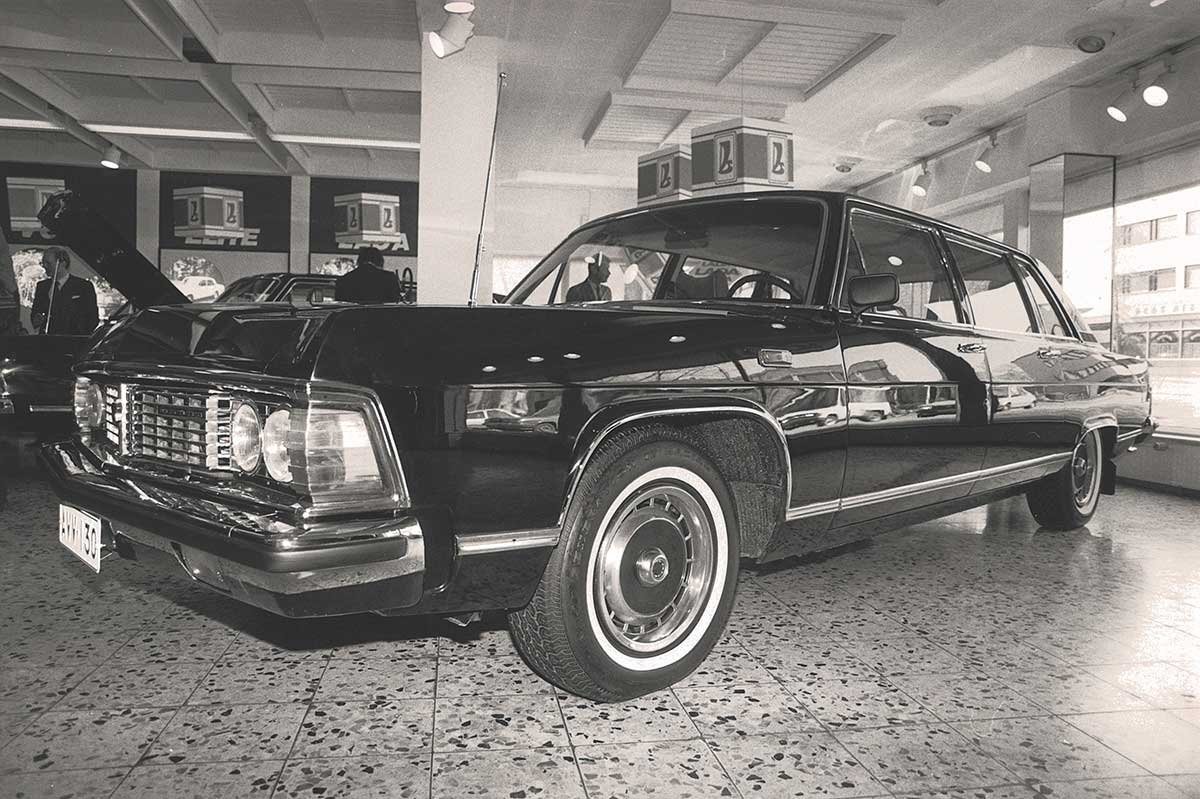