At the age of 18, HIFK right wing Niklas Nordgren is a national hero in Finland and a likely future superstar of the NHL. He always wears a huge smile on his face. How does he keep up his good mood and high spirits even at times when the game isn’t all groovy? Twentyfour7. decided to ask the man himself.

At the age of 18, HIFK right wing Niklas Nordgren is a national hero in Finland and a likely future superstar of the NHL. He always wears a huge smile on his face. How does he keep up his good mood and high spirits even at times when the game isn’t all groovy? Twentyfour7. decided to ask the man himself.

Niklas Nordgren is a guy who’s never upset to go to work. After all, he’s in his ultimate dream job; and probably that of many other young men his age, too.

“I’ve always wanted to just play ice hockey, and HIFK is my favourite team as well,” the 18-year-old tells Twentyfour7. right after the team’s standard morning practice. “I can’t really imagine having any other job but this.”

Ice hockey isn’t only what he wants to do – it is also what he’s always done. He has been a hockey fan ever since the age of four, and as a 10-year-old, he ditched football to fully focus on his favourite sport.

Even the most modest of us would admit that his decision has paid off. Earlier this year, he scored the winning goal in the final of the 2018 IIHF U18 World Championships, making him a national hero and a familiar face on all news broadcasts in the country.

For Nordgren, coming home with a gold medal wasn’t a huge surprise, as he was very happy with his own performance throughout the tournament. What was most fun, was to be able to play with a bunch of mates.

“It’s always good to get on the ice, and many of us in the team had known each other for years already. We just had a really good time together.” 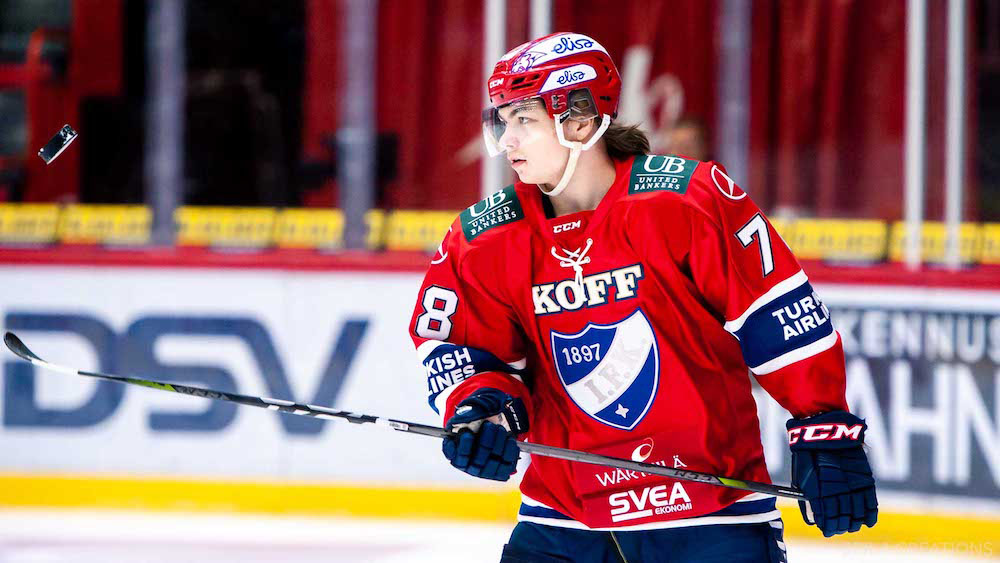 A smile goes a long way

On ice, Nordgren thinks he’s pretty good with the puck, at building the game, and also scoring. What he’d like to develop further are skating and strength.

Fortunately, he’s got excellent coaches and great management to rely on whenever he needs help and support.

“You know HIFK is doing things right when so many guys make it to top leagues,” he notes, referring to team mates like Miro Heiskanen. “Everything is well planned to suit each individual player’s needs and wishes, and we can voluntarily choose to train the things we’re not satisfied with.”

Nordgren’s wide smile makes him come across as a happy character in general. That’s also how he would describe himself.

“I’m a cheerful guy both on ice and in my private life,” he says. “I’m not sure where it comes from. I suppose I just have a habit of enjoying the stuff I do.”

Not everyone is as high on life as Nordgren. To share a slice of his energy, he reckons a simple smile works well.

“Smiling can be contagious.” 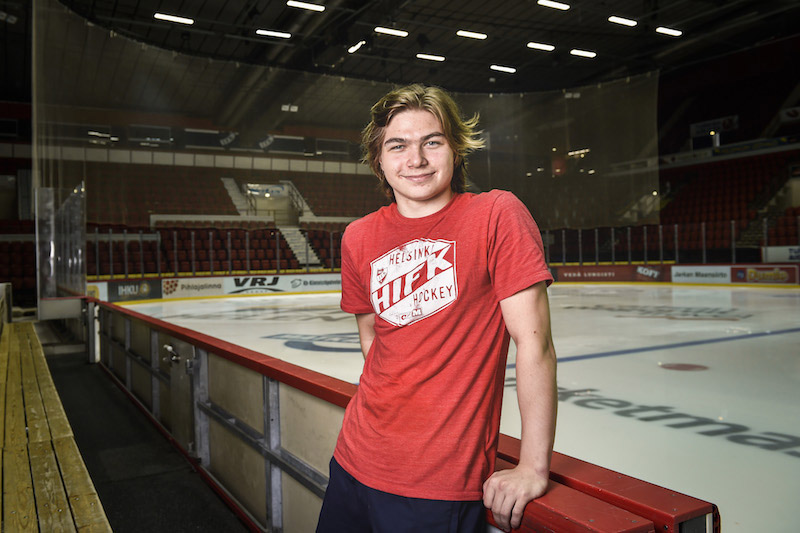 Niklas Nordgren admits that he's a cheerful guy both on ice and in his private life.

In sports, disappointments are inevitable, particularly on the level Nordgren is headed to. There will be times when a goal is missed, the opponent is too tricky to beat, or muscles just hurt a little bit too much.

Nordgren has, naturally, already had his share. However, one of the reasons to his upbeat nature is his tendency to look ahead.

“Sometimes I might feel down for about an hour after a lost match, but normally I get over it quite quickly,” he explains. “The way I see it that there’s always another chance and a new game coming up, so it makes no sense to dwell on the past.”

In June, Nordgren was drafted by the Chicago Blackhawks at the NHL Entry Draft. For the time being, he’ll continue playing with his home team and give the game all he’s got. One day, he’d like to be raising the Stanley Cup or be given a gold Olympic medal – one or the other, or preferably both.

With a calendar full of matches and training sessions, even Nordgren can sometimes find it hard to keep his energy levels high enough. His medicine is simple yet oh-so-important.

“Sleeping and eating well plays a big role in how I feel. I aim for over eight solid hours of sleep a night, every night.”