Ice and inline hockey eat up all of Mia Heikuri’s free time and money – and she doesn’t even mind. After all, the hobby has paid back in countless encounters, friends and experiences.

Ice and inline hockey eat up all of Mia Heikuri’s free time and money – and she doesn’t even mind. After all, the hobby has paid back in countless encounters, friends and experiences. 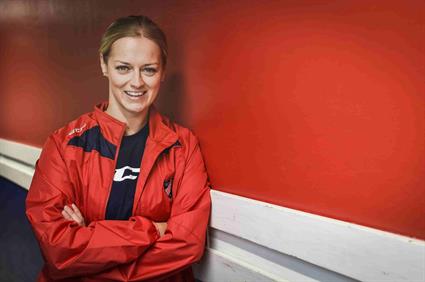 As a six-year-old, Mia Heikuri walked up to her father and made a request: she wanted to learn to play ice hockey. She remembers her dad seeming a little bemused, but he didn’t hesitate in saying ‘sure’.

“I don’t even know why I wanted to play ice hockey so badly,” says Heikuri now, 26 years after the conversation.

The journey she embarked on even before starting school has since taken her far. After playing with boys for a few years, Heikuri joined a girls’ team, and she has played for different teams around the capital area in Finland, and she also spent a year with SC Weinfelden in Switzerland.

Now, the centre forward is one of the most experienced players in Stadin Gimmat, HIFK’s women’s team led by Saara Niemi. The team is currently playing to climb up the ladder to national women's league, the highest ice hockey league for women in Finland. 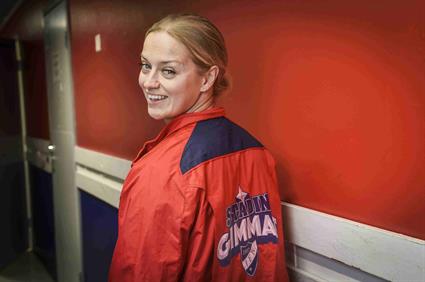 On top of her diverse career on ice, Heikuri is also one of the most prominent figures in Finnish inline hockey. She’s a member of the national inline hockey team as well as the chair(wo)man of the organisation aiming to promote the sport among women and girls, Inline Hockey Finland.

Despite the relatively small size of the sport in Finland, the team scored bronze in the European Championship in 2017 and not least due to Heikuri’s contribution. After all, she is not only the chair but also the treasurer and ‘pretty much everything else’, as she puts laughingly, at the organisation. She will soon also be one of the coaches of the national junior team. 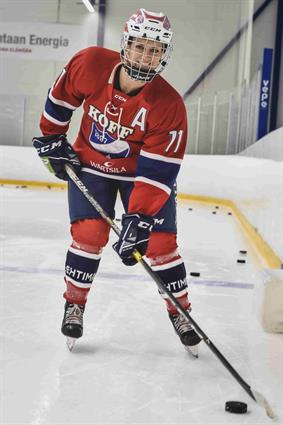 All this is just for the love for the sport itself. Unlike men, women often must keep their day jobs to be able to afford their intense hobbies. For example, whilst at SC Weinfelden and topping the Swiss league’s player statistics, Heikuri was working as an au pair to make ends meet. She didn’t need to pay for the training herself – which already is a huge deal in many women’s sports – but it is still a million miles away from her male counterparts.

“I can’t say it is not frustrating, because of course it is. We put all the time and extra money we have to be able to play,” she says, “and if I’m honest, not even extra money but all the money.” 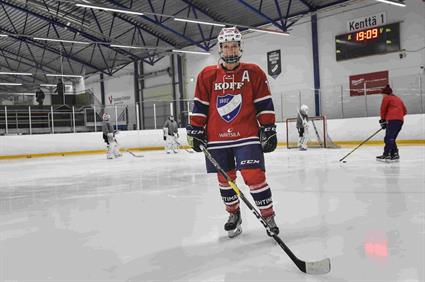 It’s all about the team

Considering Heikuri used to work in shifts at a hospital alongside her training, she has really needed the energy to keep up with all responsibilities. Now, she works regular office hours as a nurse, a decision that was largely based on being able to do sports on the level she does.

Thus it is no wonder she refers to ice hockey as her first love.

“I’ve played football and ringette, but it is ice hockey I’ve been most passionate about. Of course there are moments when I feel like I’m running out of motivation, but the urge to get back on ice just always comes back.”

A lot of the energy comes from the team. Heikuri admits that she can’t imagine ever being an individual athlete. 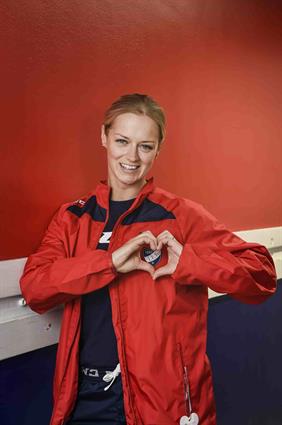 “Doing things together, winning together and especially winning yourself together is incredible. You don’t work just for your own good but for the good of the team, and that’s really rewarding. Even when you don’t expect much from yourself, the rest of the team will.”

As a native Helsinkian, Heikuri has always habitually had a soft spot for HIFK. One of her sports teachers at upper secondary school was the former HIFK player Simo Saarinen, and many of his lessons still bear fruit today.

For any parent hearing their small girl ask to go play hockey, Heikuri has one piece of advice.

“Take them there right away. It is not just hockey they’ll learn, it is also social skills, team work and being considerate of others. And they’ll make plenty of friends!”