Come as you are to HIFK’s first line

In HIFK’s men’s team, it is easy to be yourself. Three members of the team’s first line believe different personalities add flavour and strength to performance.

4 min
People
In HIFK’s men’s team, it is easy to be yourself. Three members of the team’s first line believe different personalities add flavour and strength to performance.

Laughing together is like a glue that makes a team stick together. Teemu Turunen, Otto Paajanen and Mikko Kousa from HIFK’s men’s team are all jokers – but they always laugh with, not at each other.

“Our team is full of not only great players but also great guys,” says Turunen, who joined the team this autumn together with Paajanen. “It was really easy to come to the team and we’ve already had plenty of fun together.”

Paajanen describes the team as genuinely welcoming and caring.

“We’re all ambitious and want to keep on pushing to become better, but no matter how hard we train on ice, we end up laughing together in the locker room,” he adds. “It’s really good that we’re not all cut from the same cloth. The key to a good team spirit is that we can all come as we are.”

Kousa emphasises that having different kinds of people in the team is a richness.

“There’s no pattern everyone must follow, and we wouldn’t even want that. We all bring in our own story and make the team stronger.”

Reading the game, together

The description makes both men laugh – but they don’t deny the allegation.

“We’ve played together for a long time, so we read the game in the same way,” Turunen explains. “I don’t really need to guess what Teemu is thinking when I play with him.”

“We know each other well off the ice as well, so that helps,” Paajanen adds.

Kousa calls his mates “a good tandem”, but he’s not an outsider in the line. They can all learn from each other: Kousa is praised for his incredibly powerful skating; Turunen gets compliments for having a great eye for the game and the ability to surprise opponents with his creativity and tactical skills; and Paajanen is strong ‘like a bull’, taking care of the game on both ends of the rink.

“One of us is great at passing, another really knows how to score, and the third can make space on the ice for the other two to shine,” Turunen explains. 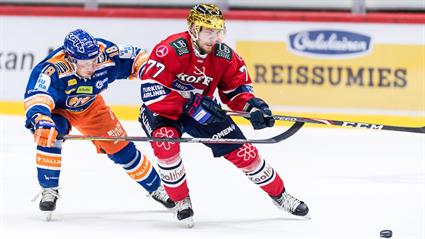 Not just a coincidence

Throughout the existence of the sport, there have been some legendary lines that grow larger than their individual players through co-operation. One such line played a huge part in scoring the world championship in 1995 for Finland, the first for the country that’s exceptionally fond of ice hockey. The line, known as Hupu, Tupu and Lupu (Huey, Dewey and Louie) and consisting of Ville Peltonen, Saku Koivu and Jere Lehtinen, has remained in the history books of hockey ever since.

The HIFK men believe that such excellence stems from the fact that each player has different strengths and weaknesses, so that they complement each other in ways that others couldn’t. After all, it’s impossible to play ice hockey alone.

“When the chemistry between players works, they know where to pass without even looking,” Kousa says. “Yet they’re still unpredictable, too, which makes them scary to play against.”

However, no line will ever perform well without hard work and plenty of practice. Turunen notes that on top of chemistry, excellent lines keep on training together; and it’s also important to talk about what’s set to happen on ice.

“It’s not just all coincidence what goes on in the game,” Kousa points out. “A lot of it is conscious and well-planned.”

Pushing hard for the team

For teams, both successes and failures are always shared. While a tennis player celebrates alone and only has the mirror to blame for mistakes, team members perform in front of their peers who are just as keen to win as themselves.

But Turunen, Paajanen and Kousa say they don’t feel the pressure due to this. Screwing up every now and then is just part of the game, and the whole team knows this, so no one will be shot in the locker room for losing the puck.

“You know fully well yourself when you’ve played badly or exceptionally, so no one needs to remind you of your mistakes,” Kousa says. “Of course, we’re all responsible for the results, but we’ve got to be able to trust each other.”

Paajanen notes that even on the worst of days, the team makes him want to try his hardest.

“In sports, you’re bound to fail at times, so in the big picture, it’s nothing to worry about. When things go pear-shaped, I tend to be more upset for the team than just myself.”

Turunen says he wants to minimise his own errors for the team, but there’s no use being too concerned all the time. When there’s a bunch of great guys on ice at any given time, one player’s mistake isn’t a big deal.

“Someone else picks up where another left off.” 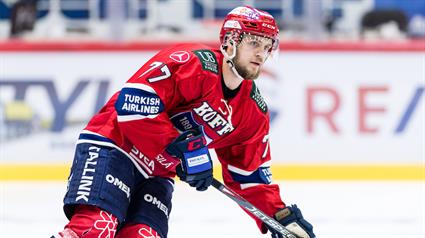