As captains of their respective hockey teams, both Karoliina Rantamäki and Jere Sallinen know first-hand, the importance of being both a leader, as well as a regular member of the team. They share their secrets to building up great team spirit.

As captains of their respective hockey teams, both Karoliina Rantamäki and Jere Sallinen know first-hand, the importance of being both a leader, as well as a regular member of the team. They share their secrets to building up great team spirit.

It’s always a balancing act when a member of a team needs to assume two roles at once. This, of course, applies in many situations for any given person regardless of occupation, but for the captain of a sports team, the line between the two roles is especially fine.

Both Karoliina Rantamäki from the HIFK women’s hockey team and Jere Sallinen from the men’s team assume the role of a leader every night on the ice but at the same time, they also need to preserve their place as ‘one of the guys’ – so to speak. 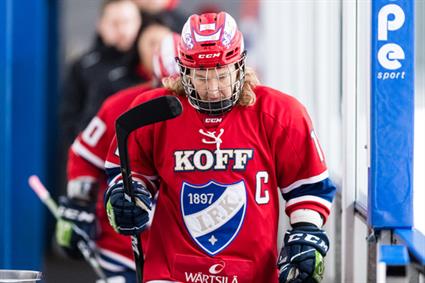 Sallinen has never been one to complain about his role. He is a local favourite with thirteen years of experience as a professional player in Finland, Sweden, and the United States. His years in Finland also include some international experience with the Jokerit who play in the mainly Russian KHL.

It isn’t always easy finding the right balance between being both the leader and a member of the team, but for Sallinen, the role has been very natural.

“For me, it’s been surprisingly easy so far. There has never been any real conflict in finding that balance. I’m one of the players, so at the end of the day, I’m always on their side,” he says.

Still, it is not a burden borne lightly. The captain has to be the messenger between the coaching staff and the players. This does not only mean bringing information from coaches to players, but also vice versa.

“My teammates trust me enough to tell me what’s on their minds, and then I forward that message to the coaches and discuss the issues with them.”

This dynamic has had an immense impact on the spirit of the team. Sallinen has developed some insight on what kind of matters are important enough to bring up in collective discussion and on how to approach situations when they present themselves. After all, nothing is more crucial than the atmosphere of shared trust within a team.

“In my opinion, the most important part of constructing a functioning team is that everyone shares the same goal. It’s not necessary to think alike in every matter, but everyone has to be aware of the fact that we are always stronger together than separately,” he says. 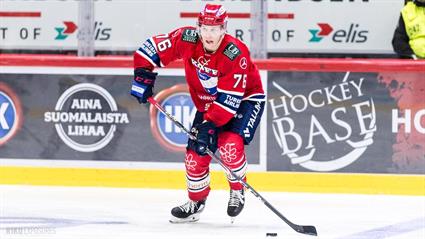 The captain of the HIFK women’s team – also known as Stadin Gimmat – Karoliina Rantamäki approaches her assignment by leading by example. When the leader of the pack handles her responsibilities well in the rink, it’s natural for the others to follow her lead outside it as well.

“Of course, I do have a lot of responsibilities off the court, too. Whenever there’s a dark moment within the team, it’s my job to intervene through conversation and negotiation,” says Rantamäki.

Her take on the matter of finding balance in the role is that if you’re open and honest, the balance always finds itself.

Stadin Gimmat is an exceptional team in the sense that the age-span of their players starts at 15, and Rantamäki as the oldest is 41. Therefore, the task of being a role model is emphasised. Yet, in HIFK, Rantamäki has rarely faced any problems.

“I’m very happy with the team spirit we have here. Earlier in my career, I’ve been part of teams that have had a lot of problems with it. Ultimately, when two equally skilled teams face each other, the one with better teamwork always wins,” she explains.

And it isn’t only the captain’s job to set the example. If a younger player is struggling to adapt, all the seasoned veterans in the team need to do their part in leading the way. 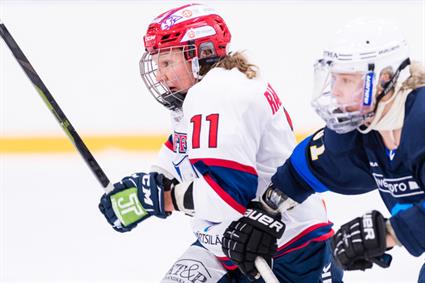 Sallinen has seen a lot of these cases in the men’s league. He recalls how important the mentorship of older players was to him when he was a rookie, and fondly mentions Ville Viitaluoma being an important role model for him, back in the day, in Espoo.

It is a group effort

The players and the coaches are not the only ones responsible for the team spirit. Both Rantamäki and Sallinen say everyone inside the locker room, including trainers and other staff, have a role in building it up.

But an important factor in team spirit is also fan support. Because of a drastic difference in viewer attendance, this aspect is much more visible in the men’s team. Sallinen says that cheering the team on always makes their work easier. 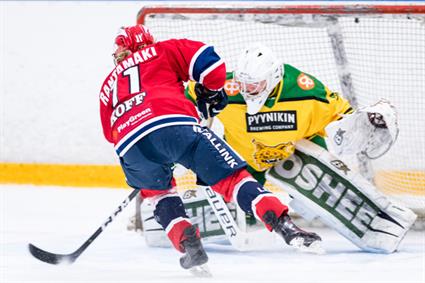 “But at the end of the day, it’s the team’s job to maintain a functioning environment. The fans see what happens on ice, but they aren’t able to see the big picture behind all that work,” he adds.

When asked if there are any other teams the captains view as examples of excellent teamwork, Rantamäki says that there are many high-functioning teams to look up to. “But what we see as viewers is not always a precise reflection of how well things are working in the locker room,” she adds. Sallinen joins in and cites a few examples.

“The Finnish national football team Huuhkajat is a fine example. In their recent games they’ve admirably played for one another and succeeded. Within hockey, there are also great examples of how a less renowned team has been able to beat the opponent with teamwork. Actually, once again my example would be our national ice hockey team, who just won the world championship without a single NHL player in their roster,” he says, proudly.