Read on to understand how Wärtsilä, in partnership with Eco-Business, is taking steps to stop climate change and save Antarctica, the last untouched landmass on Earth.

Read on to understand how Wärtsilä, in partnership with Eco-Business, is taking steps to stop climate change and save Antarctica, the last untouched landmass on Earth.

Antarctica, the southernmost continent in the world is also its most isolated and remote landmass. In February 2018, journalist and TV presenter Jessica Cheam, embarked on a 14-day expedition to Antarctica. One that proved to be a life-changing experience.

“While this expedition began as a quest to document a climate story, it evolved into an unexpected journey of self-discovery,” recalls Cheam. “With no phone signal, no Internet connection and minimal contact with the outside world, we were forced to confront ourselves and each other, with Antarctica’s desolate landscape providing a white canvass for our thoughts.”

Organised by 'The Explorer’s Passage and led by famed British explorer, Sir Robert Swan, the expedition encouraged Cheam and the other participants to embrace the situation and to “disconnect to reconnect”.

“For the first couple of days, many of us twitched like addicts going through cold turkey, reaching for our phones instinctively only to realize there was no life in them. We eventually stopped carrying them around,” says Cheam. 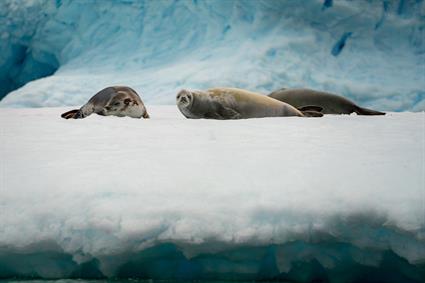 Antarctica’s majestic terrain and silence presented a sharp contrast to Singapore’s bustling urban life providing a comforting vacuum that allowed Cheam to ponder over the relationship between man and nature.

“The more you understand about the natural world, the more likely you are to understand why it is so important to humanity and to do something about looking after it,” she says quoting Sir David Attenborough.

Changing Course, a film and photography exhibition was a manifestation of that inspiration. As Managing Editor of media firm Eco-Business, Cheam and her team used their network to assemble some of the world’s biggest brands – with huge influence in Asia – to be part of a campaign that sought to bring Antarctica to Asia and inspire climate action. And Wärtsilä was one of these brands.

“We believe in enabling sustainable societies with smart technology,” says Mervin Ong, Wärtsilä’s Managing Director in Singapore. “Cheam’s purpose behind Changing Course – and the aim of educating people about climate action – was very closely aligned with ours, so making the decision to be involved in this project and supporting Jessica and the Eco-Business team wasn’t a difficult one.”

“Wärtsilä is an example of a business that has successfully innovated with sustainability at its core,” says Cheam. “They have been our readers and partners and when we reached out to those partners on Changing Course, they responded to be one of our supporting partners to pledge support for this meaningful campaign.” 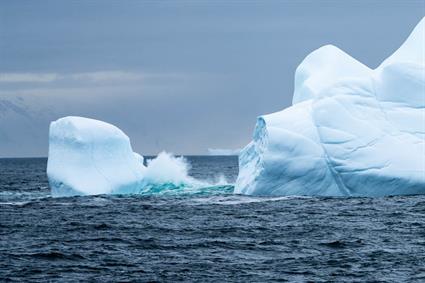 Harnessing the power of the media

Eco-Business is Asia Pacific’s only media organisation dedicated to sustainable development. In addition to its independent journalism, the organization often launches initiatives with its partners to educate and advocate on sustainable development. “We harness the power of media to inspire people, to provoke dialogue, and to create change,” she explains.

The Changing Course exhibition, was held for a month from June to July at the Singapore Botanic Gardens and featured the Antarctica expedition. A second edition of the exhibition is now being hosted at the OCBC Premiere Banking Branch at orchard gateway and will last until March next year.

“It is our hope that through words and images we can help create that empathy to address an issue - climate change - to create the empathy necessary to care for this natural world,” says Cheam.

This is important, particularly in light of how quickly climate change is affecting our planet. The collapse of the Antarctic ice sheets would spell disaster for humanity, with scientists predicting a two-metre rise in global seas levels as a result. Higher tides will bury every shoreline, flooding coastal cities with the potential to generate hundreds of millions of climate refugees.

“We hope to continue working with Wärtsilä to raise public awareness about the 21st century challenges that we face and why businesses, governments and civil society absolutely need to constantly engage with each other to address these issues,” says Cheam.

Mervin Ong is delighted at the cooperation with Eco-Business. “The Eco-Business team was also very kind to publish news about Seabin, for example, which we donated to the Republic of Singapore Yacht Club, earlier this year.” The Seabin is a floating rubbish bin that collects all floating trash, located in marinas, docks, yacht clubs and ports. The Seabin can also collect some of the oil and other pollutants on the water’s surface.

“We will continue to cooperate with Eco-Business in several ways. And we hope to support and showcase Jessica’s passion for conservation,” Ong concludes.

You can find out more about Changing Course here.