Seabin Youth Ambassador Portsea Turton is inspiring young Australians to turn the tide on ocean plastic pollution. Read on to find out how she has turned her passion for the waves into a force for good.

9 min
Sustainability Technology
Seabin Youth Ambassador Portsea Turton is inspiring young Australians to turn the tide on ocean plastic pollution. Read on to find out how she has turned her passion for the waves into a force for good.

“The sea, once it casts its spell, holds one in its net of wonder forever.” This oft-quoted line by Jacques Cousteau holds true both for Portsea Turton and the kids she educates as a Youth Ambassador at Seabin, a global project dedicated to finding a long-term solution to the alarming problem of ocean pollution.

Turton, a student of Marine Science at Queensland’s James Cook University, came under the spell of the sea while growing up on the East coast of Australia. “My family has been camping, boating, snorkelling and diving for as long as I remember. My admiration for the ocean has led to a natural passion to preserve it,” she states. 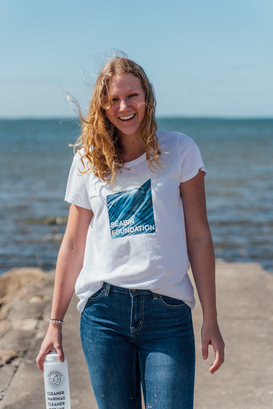 Her passion finds a welcome outlet at Seabin, a project started in 2015 by two Aussie surfers who literally got sick of swimming in garbage and decided to do something about it. Together they pioneered an innovation: a suction-powered garbage skimmer that sits in the water sucking in plastic and other floating debris.

But the Seabin Project is about more than just a clever garbage bin. Embracing various educational initiatives, the project unites governments, industry leaders, advocates, artists and schoolchildren in a quest to fight the sea of plastic that threatens to clog up our oceans.

There are currently 719 Seabins installed in harbours, ports and marinas around the world, with future models moving off the dock and out into open water. One Seabin gathers as much as 3.9 kilograms of waste per day – water bottles, cigarettes, plastic bags and Styrofoam – with 14,916 kilograms of debris captured globally to date.

Turton jumped at the chance to join a project she sees as offering a solution to tackling the marine debris crisis. “I feel confident that with so many passionate and innovative minds involved, there’s no better time to turn the tide on plastic pollution than now,” she states. 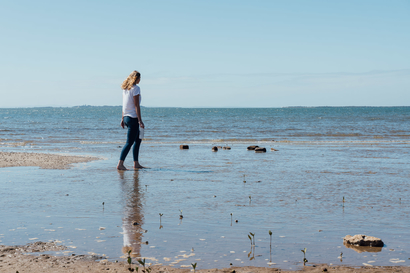 Wärtsilä was the first major industrial company to partner with Seabin in 2017, playing a critical role in the early phase and has by now sponsored 35 Seabins around the world. The company’s involvement in the project continues to deepen; besides donating more Seabins, Wärtsilä is active in spreading awareness and joining forces with other like-minded organisations. Currently, one of Wärtsilä Seabins is touring with the Zer0 emission team and educating people in European sail races. In September, Wärtsilä’s voluntary diving group is scheduled to take part in Project AWARE to pick up trash from the bottom of the sea.

To gain insights on the true impact of Wärtsilä-donated Seabins, a special ‘data weeks’ event is being organised this summer to monitor the type and volume of waste that is captured in each bin.

Among the various educational initiatives in which Wärtsilä is involved, the Trieste team in Italy is conducting a joint marine waste study with the local university. Wärtsilä Norway has hosted events where kids take part in emptying Seabins and engaging with experts. 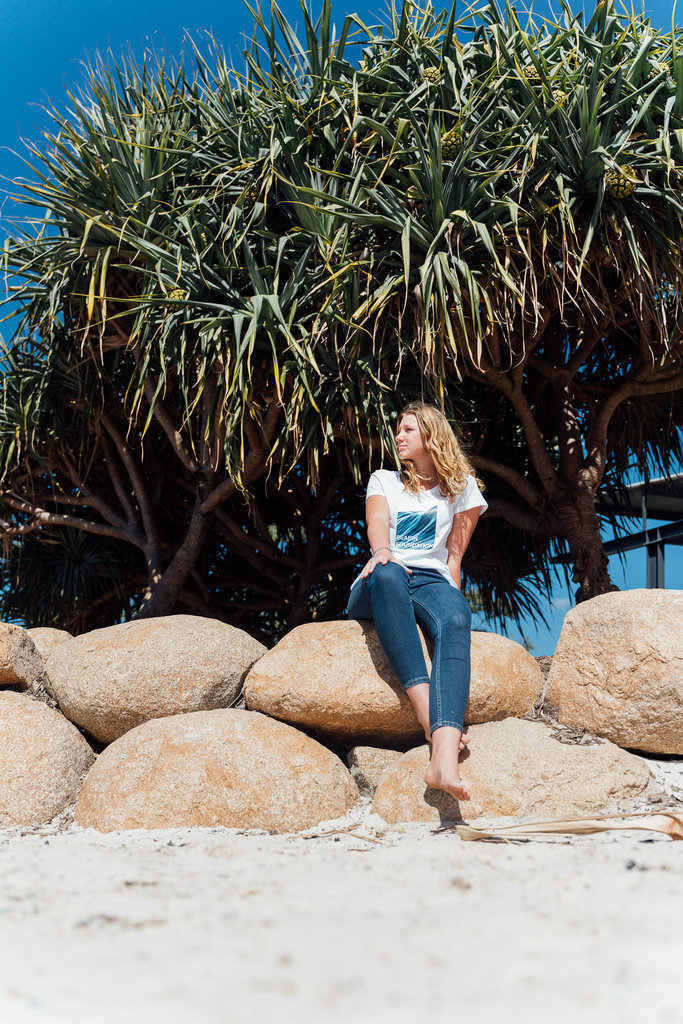 “My admiration for the ocean has led to a natural passion to preserve it.”

Educating youth is also the focus of Turton’s work at Seabin, which includes video-calling school kids and interacting with them around topics related to marine pollution.

“Recently I video-called a kindergarten in Melbourne, and I was blown away by the unique and innovative concepts developed by the students. Following our call, the class partook in a Seabin-inspired World Oceans Day event where they upcycled materials to create a series of clever items,” she enthuses.

As a World Oceans Day Youth Advisory Council Member, Turton works with motivated youth from around the world to tackle plastic pollution.


“I have noticed genuine changes in the environmental conscience of everyday youth. I personally hope to continue working with the Seabin Project and would like to encourage everyone to make small actions and swaps in their everyday life to change their own habits,” she urges.

“Don’t be overwhelmed by the scale of the problem. An action as simple as bringing your own reusable coffee cup or picking up rubbish left on the ground is enough to influence onlookers. Begin with your own actions and work up from there.” 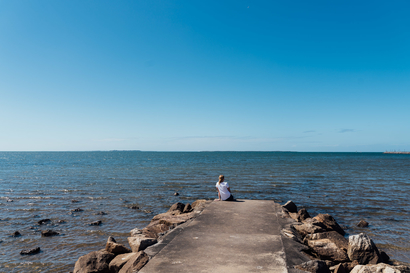