Indonesia is one of Asia’s fastest growing economies in terms of energy consumption. With a steadily growing population of nearly 270 million and an increasing rate of urbanization, there is significant need for a reliable and guaranteed supply of power throughout the archipelago. In recent years, the country has been successful in increasing installed capacity and investments in infrastructure to both improve the reliability and efficiency of the main grids such as the Java-Grid and increase electrification of the small grids.

In this specific case, Wärtsilä’s flexible baseload power plant with superior internal combustion engine technology and flexibility provides the efficiency and reliability required for supporting this portion of the Java-Bali grid.

PT. Indonesia Power, a subsidiary of the state utility PT Perusahaan Listrik Negara (PLN) (Persero), contracted this Wärtsilä 50DF multi-fuel power plant due to its unique operational and fuel flexibility in challenging conditions. With a fast start and stop ability to reach full loading in under 10 min and seamless control over load fluctuations, this plant provides a greater consistency in the supply of electricity to the Java-Bali grid. Additionally, the plant’s modular design makes it feasible to upgrade the power plant to meet any future needs without risking operational reliability.

Pesanggaran Bali is powered by 12 Wärtsilä 50DF engines that can run on either regasified liquefied natural gas (LNG), light fuel oil (LFO), or heavy fuel oil (HFO). When the gas supply is uncertain, or prices are volatile, it is possible to switch from gas to liquid fuel, and vice versa, even during operation whilst also maintaining a high output. Wärtsilä gas engines reach over 50% electrical efficiency which translates into considerable savings in fuel costs compared to other technologies.

Although this plant began operating on HFO after its delivery in 2015, since the building of the Tanjung Benoa LNG storage and regasification terminal in July 2016, it operates primarily on LNG. The engines function on a lean-burn principle where lean combustion enables a high compression ratio, which in turn increases engine efficiency, reduces peak temperatures, and therefore also reduces NO_2 emissions. In gas mode, the carbon footprint is significantly reduced, contributing to an improved environment and supporting sustainable generation. As a part of Indonesia’s 2016-2025 Electricity Supply Business Plan, the country aims to achieve 23% renewable energy by 2025. This power plant thus enhances the gas security in the region and opens the market to greater renewable penetration.

Announced as the winner of the best dual-fuel power plant of 2016 by Asian Power Awards, the PLTD Pesanggaran Bali was chosen for its large nominal output and ability to perform efficiently while operating on natural gas or HFO. With over 48% thermal efficiency at any load and its smart power generation features, it was a stand out. “The power plant ensures greater reliability in the supply of electricity to both domestic and industrial consumers on the island of Bali. The fuel versatility of this plant provides valuable flexibility of operation and reliability to PT Indonesia Power’s customers,” says Tim Charlton, Editor-in-Chief of Asian Power.

Furthermore, this engineering, procurement & construction (EPC) contract highlights Wärtsilä’s fasttrack delivery capability. This order was received in the fourth quarter 2013 and began functioning at full output by the end of May 2015, proving Wärtsilä understands the requirements for power plant projects and is fully capable of handling and managing the complete scope of contracting arrangements. The success of this plant further strengthens Wärtsilä’s presence in the country with an existing 3500 MW installed power in operation and projects under execution and service agreements for more than 350 MW of generating capacity.

Thermal efficiency at any load

Thanks to its superior operation and fuel flexibility, the addition of the PLTD Pesanggaran 200 MW plant to the grid has helped us improving significantly the reliability of electricity supply to Bali in an economical way. 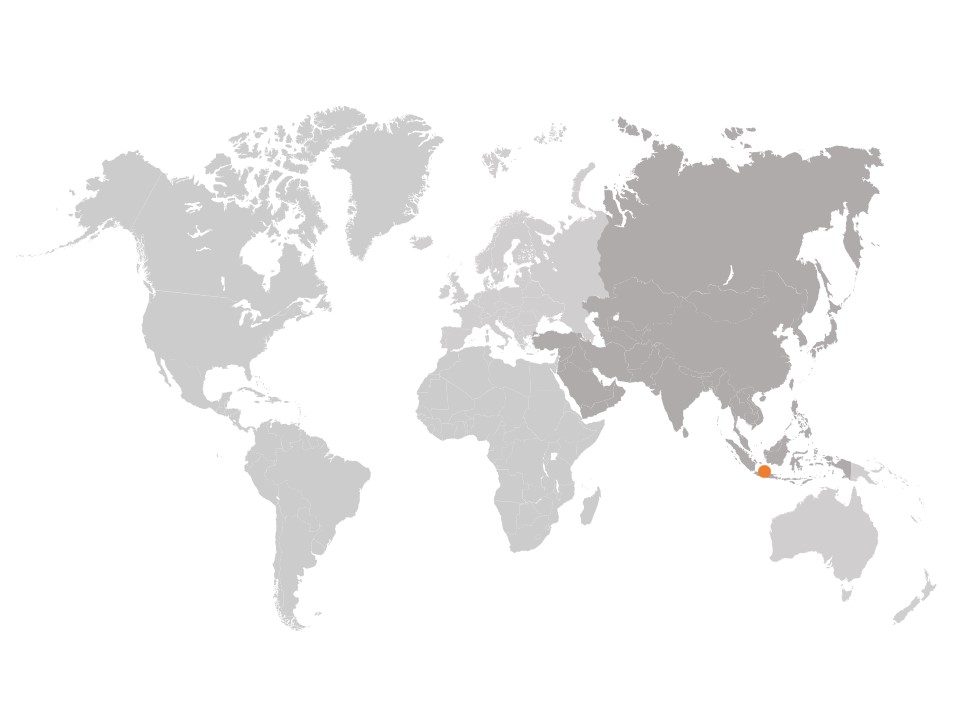 Grid stability in Indonesia – generating reliable electricity in Bali with operational and fuel flexibility. Read more about the case.