Both for Wärtsilä and for Bangladesh, the United Ashuganj 200 MW modular power plant project is a true ground-breaker. Not only is it the first public-private partnership (PPP) in the nation’s energy sector, it will also introduce a type of co-generation plant never before seen in the country. Furthermore, it is Wärtsilä’s largest single power plant project in Asia to date.

Chronic constraints in fuel supply, coupled with outdated and inefficient infrastructure, have meant that blackouts and brownouts are common in the country of 150 million.

To alleviate the problem, United Group, a Bangladeshi conglomerate that has long been a major player in the nation’s power industry, made a proposal to the government in 2013 that it replace some of its old power generation equipment with a more efficient and flexible modular co-generation system.

During the technology partner selection process, United chose Wärtsilä based on the two companies’ past collaborative successes as well as on Wärtsilä’s strong local presence and world-wide track record. The tender resulted in a PPP wherein United owns 71% of the partnership company with the remaining 29% controlled by the state-owned Ashuganj Power Station Company Limited. A core demand of the project was meeting the government’s strict guidelines for efficiency, said Moinuddin Hasan Rashid, Managing Director of United Enterprises & Co. Ltd.

“Most of the existing power plants in Bangladesh are extremely old ranging from 25 to 40 years,” he said. “These gas-guzzlers, as we call them, have an operating [thermal] efficiency around of 22 to 28%.” The United facility, by contrast, will have a thermal efficiency exceeding 47% when it is completed in the first quarter of 2015. It comprises 20 of Wärtsilä’s 20V34SG gas engines, each producing about 9.73 MW. In addition, the new project comes with a co-generation element, whereby the exhaust heat from the generators is run through exhaust gas heat recovery boilers to produce steam, which turns a turbine-generator, boosting the power output by a further 16 MW.

A further engineering challenge involved fitting the plant on a 6.48-acre plot at the Ashuganj Power Station Complex, an area about a third of what had initially been earmarked. Again, engineering cooperation between United and Wärtsilä paid off, resulting in a compact plant that still met all technical demands. Just as crucial as being energy efficient, the plant meets the flexibility demands of the Bangladeshi grid, which has an extremely erratic load pattern due to weather and seasonal irrigation. The plant’s modular set-up allows operators to quickly change the output levels simply by changing the number of generators used, and it does this while maintaining the same level of efficiency all the way down to 30% power output. This unprecedented combination of flexibility and efficiency, Rashid said, means that the new plant is likely to serve as a model for the country’s power sector.

In a developing economy like Bangladesh where you will always have erratic demand for electricity use, you have to have these kinds of modular plants which can ramp production up and down within minutes. Absolutely, this is going to be the future. 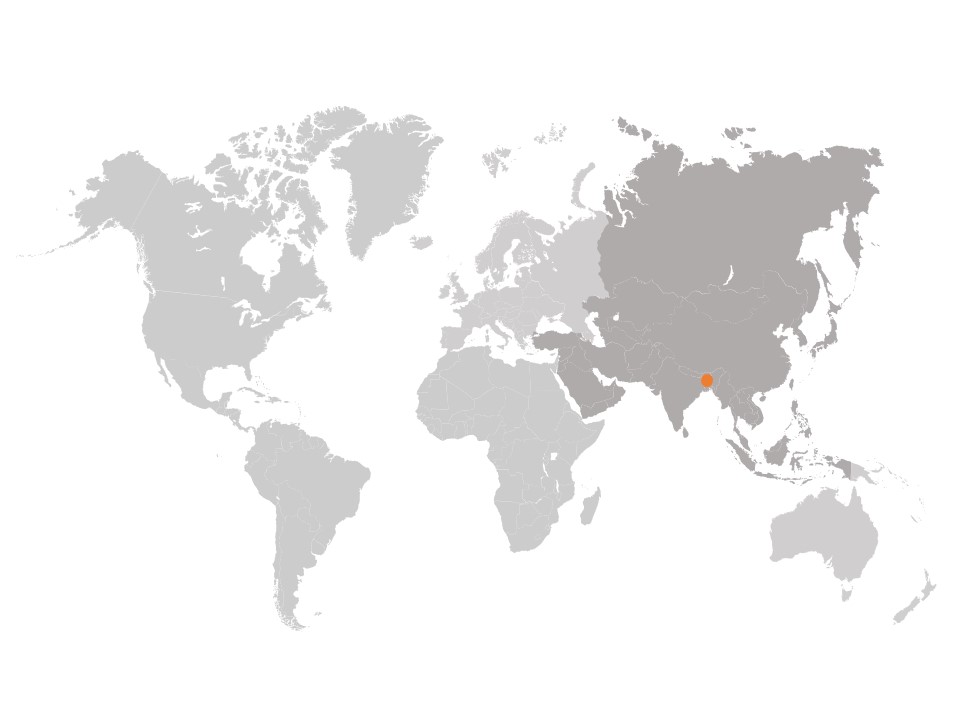 Electricity consumption in Bangladesh is rising. To meet the growing demand, the sector is focusing on expanding its power generation capabilities, improving its distribution network, and securing maintenance for its equipment.