Africa is amongst the world’s most underserviced energy markets, accounting for 13% of the world’s population but just 4% of its energy demand. It is estimated that close to 620 million Africans live without access to reliable electricity. But that may change soon.

Africa is amongst the world’s most underserviced energy markets, accounting for 13% of the world’s population but just 4% of its energy demand. It is estimated that close to 620 million Africans live without access to reliable electricity. But that may change soon.

Africa will need to grow its electricity market by 8.4% annually to reach universal access by 2030. That will be possible, assuming there is constant growth in electricity and population, no major changes in political willingness, and increasing access to financial investments, according to the World Bank. Universal access to electricity in Africa is a big target to meet because it requires huge investments in new power infrastructure that will have to be built in a relatively short time period.

Between 2000 and 2016, Sub-Saharan Africa saw capacity additions of close to 13.8 GW driven by privately financed independent power producers (IPPs) and Chinese investments. While majority of the new power projects were thermal-based (gas or diesel), renewable energy began breaking through significantly via the auction route during this period.

The International Renewable Energy Agency (IRENA) estimates that 13 countries in Sub-Saharan Africa account for more than 80% of the region’s installed power generation capacity (90 GW). While 27 countries have installed capacity of less than 500 MW each, 14 countries have power systems of less than 100 MW. This is in stark comparison to, say, a country like India, which is not amongst the most developed energy markets in the world but has a total installed generation capacity of 344 GW.

The heavy concentration of hydropower is a matter of concern for countries that are reliant on it for their energy supply. For instance, in 2016, Zambia which is dependent on hydropower for over 90% of its electricity supply, witnessed a power-deficit rise to 1 GW due to drought-like conditions driven by climate change. The same happened with Malawi, which is dependent on hydropower for 98% of its power supply. Since then many countries have been working more seriously on diversifying their power mix.

Renewables are a good option for Africa as it is naturally well-positioned with abundant sunlight and ideal wind circumstances. Add to that the fact that micro-grids, off-grid solutions, storage and prices for renewable technologies across the globe are falling and what you have is a potentially bright and powerful future for the region with the lowest per capita energy consumption in the world. But making the switch is easier said than done.

“The main issue for the introduction of renewables is the inflexibility of current production sources. Some technologies like turbines and coal are not intended for ramping up and down the power generation capacity and they need more time to ramp up. Therefore, they don’t support the intermittent nature of renewables,” explains Mamadou Goumble, Vice President Africa, Wärtsilä.

Experts believe that though renewables (apart from hydropower) currently account for a very small portion of the power mix in Africa, it’s a market that will grow exponentially over the next few years.  IRENA estimates that electricity demand in Africa will triple by 2040 and close to half of the new capacity will come from renewables. 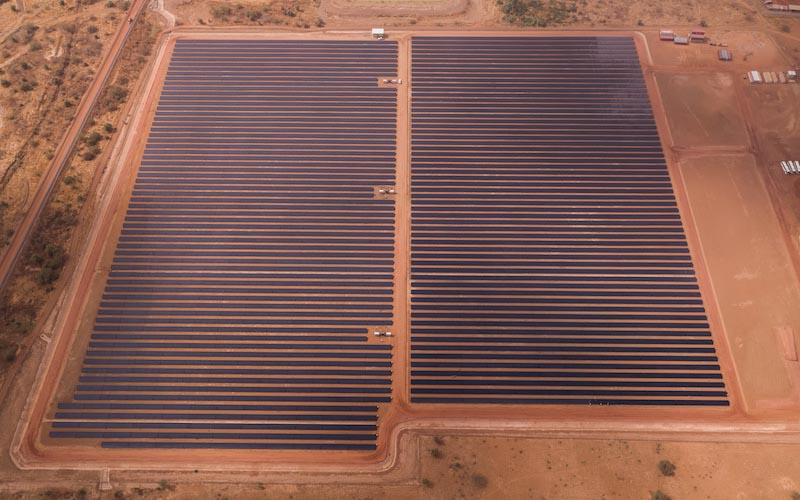 Renewables are a good option for Africa as it is naturally well-positioned with abundant sunlight and ideal wind circumstances.

The good news is that more than 40 countries in Africa already have their renewable energy targets in place and have ambitious projects underway.

For instance, South Africa is reported to have recently signed contracts with 27 independent renewable energy power producers, worth USD 4.6 billion, to produce 2,300 MW of electricity over the next five years; Ghana plans to generate 10% of its energy from renewable resources by 2020 and has set up the world’s fourth largest solar photovoltaic (PV) power plant – the 155 MW Nzema Solar Power Station; and Senegal is in the midst of setting up a 158 MW wind project in Taiba N’Diaye. Its national electricity utility Senelec (Société nationale d'électricité du Sénégal) is looking to add 100 MW of additional solar capacity under the Scaling Solar Initiative which is a World Bank program covering Zambia, Ethiopia, Madagascar & Senegal for mobilising privately funded grid connected solar projects at competitive tariffs.

“The last tender on scaling solar IPP prices were one of the lowest in Africa and therefore it will allow Senelec to have cheaper solar-based power. Also with the development of gas reserves discovery in Senegal, the country will be able to use the local resources from 2023–2025. Senelec will master the costs of fuels and will generate cheaper energy,” says Goumble. 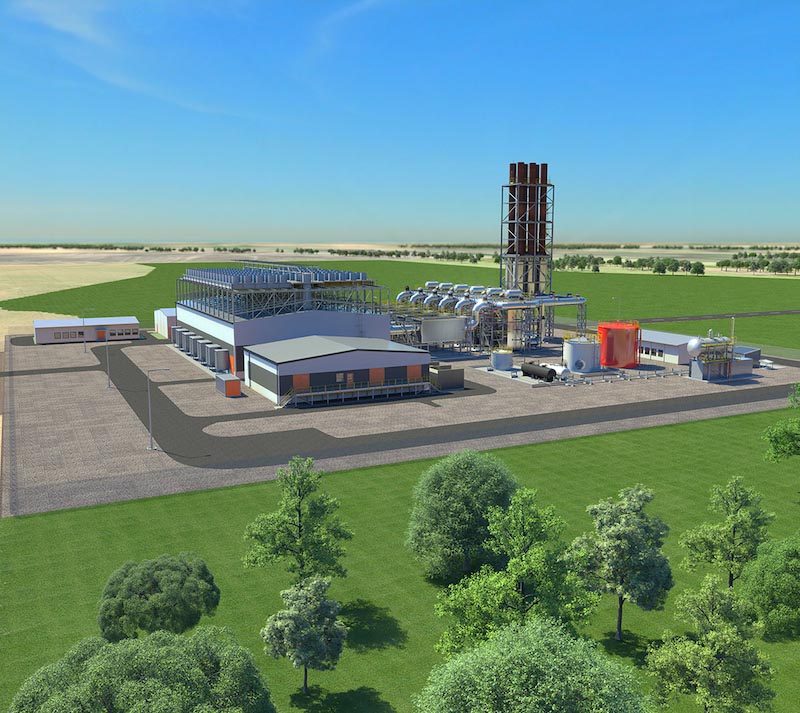 Experts say that diversification and good economics calls for Africa to have an ideal mix of renewables, thermal power generation, and energy storage. And this is where Senegal stands tall as one of the main pillars for energy growth in Sub-Saharan Africa. The country is reducing the cost of electricity by building fuel flexible power plants that can use its high-quality gas reserves and tap into its huge potential for solar and wind power.

Take for example the case of the 130 MW Malicounda power plant in the Dakar region that is expected to become operational by 2020. Matelec, the contractor for the project chose Wärtsilä to supply, manufacture, deliver, and commission this flexible power plant. The Malicounda Flexicycle™ power plant will initially operate on Wärtsilä 50 engines running on heavy fuel oil (HFO) and can be converted to gas-fuelled operations once gas is available in the region.

Flexicycle power plants are based on gas, multi-fuel, or liquid fuel combined with a steam turbine; have superior synchronisation and ramp up time; and offer flexibility to have multiple independent units. This makes them an ideal solution for grids requiring flexibility due to daily load fluctuations, or significant installed base of wind or other non-dispatchable power like solar power which is intermittent in nature due to its dependence on natural factors like availability of adequate sunlight.

“Our Flexicycle power plant in Malicounda gives 10% additional output without fuel consumption and that increases efficiency in a big way. This is the second Flexicycle power plant installed by us in Senegal. We have also installed another one in the Cap des Biches with the IPP ContourGlobal,” says Marie-Andrée Truchi, Business Development Manager, Wärtsilä Energy Solutions.

There is no doubt that solutions like Flexicycle power plants will help shape Senegal’s energy future in a big way by increasing its energy production while reducing the cost of electricity for consumers and integrating intermittent renewable energy with the grid.

Experts say that going forward, it is countries like Senegal that will make power a pillar for economic development and inspire and lead other African nations to rewrite their energy stories. Political will to bring about change will play a key role. After all, countries don’t develop based on crises, abundant resources or plans. They are built brick-by-brick starting with thought leadership and the ability to challenge and change the status-quo.