In 2017, renewable installation in India doubled to 10 GW and overtook thermal capacity installation for the first time ever. While the cumulative installed capacity of thermal generation still accounts for almost 80% of India's power mix, this could well be the tipping point for renewables. Find out why.

In 2017, renewable installation in India doubled to 10 GW and overtook thermal capacity installation for the first time ever. While the cumulative installed capacity of thermal generation still accounts for almost 80% of India's power mix, this could well be the tipping point for renewables. Find out why.

54-year old Anish Ranjan is a turmeric and ginger farmer in Rhi-boi district in Meghalaya in North East India. His decade old 2000-acre farmland is amongst the many places in rural India that have been off the grid. Recently he installed a 500W solar power plant with a battery for storage in his farm for irrigation, post-harvest activities and for domestic usage by the 200 workers who live there.

“Earlier, we had to incur fairly high costs for power because we were using diesel-fuelled generators. But our new solar power plant has given us access to cheaper and efficient power-supply 24/7,” says Ranjan.

He is not alone. Many parts of rural India that are still off-grid, are now relying on renewables for electricity. According to a Bloomberg New Energy Finance (BNEF) report, ‘off-grid power consumers who earlier used lanterns with mobile chargers are now moving to solar home systems (SHS) which can support fans and TV sets. A similar upward transition is observed for existing SHS users who are now demanding larger capacity systems, which can power more or larger appliances.’

That’s primarily because of sharply declining costs of renewables. For instance, the cost of electricity from rooftop PV, which is the fastest growing renewables segment in India, has halved in the last five years. In contrast, average retail electricity prices have increased by 22% in the same period.

According to a report by Institute for Energy Economics and Financial Analysis (IEEFA), ‘this has been a landmark year for Indian renewables, with record-breaking events that include new solar and wind infrastructure tariffs of well below Rs.3 per kilowatt-hour (kWh), or roughly USD 0.05 per kWh. These prices reflect a 50% decline over the past two years and put wind and solar tariffs below the cost of electricity generated by existing domestic thermal power plants.

These falling prices have given the renewables sector a much needed boost but it’s a bone of contention for State Distribution Companies (discoms) that are resisting change by threatening curtailment, trying to re-negotiate long-term contracts, and not executing Renewable Energy Purchase Obligations, satisfactorily.

“Investors look for stability of policy, regulations and certainty of enforcement. With the prices of renewables falling and reaching coal parity (without the integration costs loaded), it is a competitive option now and discoms should accept it with more readiness on the strength of its sound economics alone. The potential is huge and there will be more opportunities opening up for investments,” explains M Rajagopalan, Market Development Director – MEA, Wärtsilä. 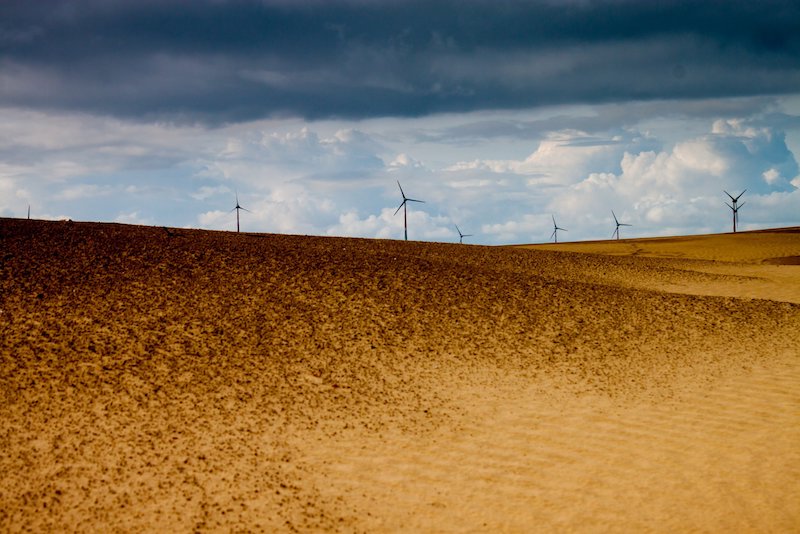 According to government estimates, by 2040, around 49% of the total electricity will be generated by the renewable energy.

The dawn of a new era

The question though is whether there is enough money backing these grand plans. According to India Brand Equity Foundation (IBEF), ‘around 293 global and domestic companies have committed to generate 266 GW of solar, wind, mini-hydel and biomass-based power in India over the next 5–10 years.

“Both financial investors and electricity utilities are entering the Indian renewable energy sector, attracted by the policy clarity and the size of the investment opportunity – namely USD 300-500bn over the coming decade. Policy certainty materially reduces investment risk, allowing significant cost reductions thanks to a rapid reduction in the cost of capital expectations, both from equity and debt providers,” explains Tim Buckley, Director of Energy Finance Studies – Australasia, IEEFA.

According to government estimates, by 2040, around 49 per cent of the total electricity will be generated by the renewable energy, as more efficient batteries will be used to store electricity which will further cut the solar energy cost by 66 per cent as compared to the current cost.

Currently India relies on thermal power generation to meet most of its electricity demand. As of June 2017, the total thermal installed capacity in the country stood at 220.58 GW, while hydro & renewable energy installed capacity were at 44.61 GW & 58.3 GW, respectively. While the contribution of renewables is fairly low currently, this mix is already showing early signs of changing.

Even so, thermal generation will continue to play a major role in India’s power mix. Companies like Wärtsilä understand that and are offering hybrid solutions like solar PV, internal combustion engines (ICEs) and battery storage and a-state-of-the-art integration software to add value to the Indian grid. These solutions help reduce variability in renewables generation and make it more reliable in contingencies.  Experts say that going forward India will have to strike the right balance between thermal & renewables to ensure energy security and uninterrupted power supply.