As China begins to make good on its promises of a renewables-focused ‘energy revolution,’ analysts are debating its potential impact on worldwide market trends and whether the changes could accelerate the global transition to clean energy.

President Xi Jinping had more than enough compelling reasons four years ago when he rolled out the idea of an ‘energy revolution,’ a long-term reduction in the country’s dependence on fossil fuels coupled with heavy investments into renewables. Millions of premature deaths from smog as well as concerns about long-term energy security were at the top of the list. On the political front, the country is positioning itself as a leader in the fight against climate change.

Whatever the motives, the ambitious plan is already bearing fruit. In early 2017, the country announced that it would invest USD 360 billion into renewable energy by 2020 as well as cancel plans to build 85 coal-fired power plants. China is also poised to install a third of the world’s solar PV and wind power in the coming decades, according to the International Energy Agency’s latest World Energy Outlook report. In just the next three years, wind power capacity is set to be boosted from 130 to 210 GW and solar from 40 to 110 GW, numbers so enormous they’re hard to fathom from a normal market perspective.

Even before these targets were set, the country’s successes in greening its energy production were gaining the attention of many industry watchers, with some stating that China was paving the way for other fast-growing economies to follow suit.

John Mathews, professor of strategy at MGSM, Macquarie University in Australia and author of “Global Green Shift,” is one such expert contacted by Twentyfour7.

“What we see is a consistent, rational energy and resources strategy being implemented. You can already see how China is benefiting by becoming progressively less dependent on fossil fuel imports, as well as moving to world leadership in renewable-energy businesses, from solar to wind to energy storage,” he wrote.

“Rising industrial powers like India, Brazil and South Africa are already looking to follow China’s lead in this new ‘green growth’ model of development. These countries want to remove constraints to their economic growth.” 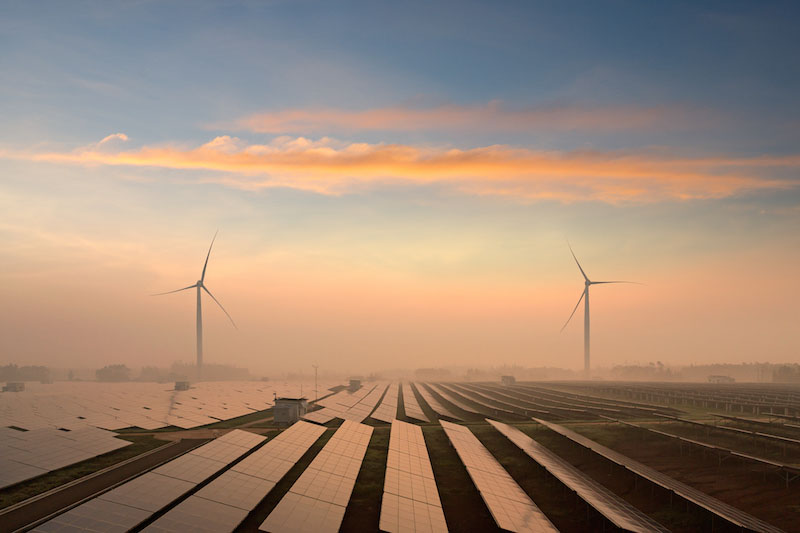 China is poised to install a third of the world’s solar PV and wind power in the coming decades.

Despite the encouraging developments on the renewables front, anyone hoping for a leaner, greener China may have to wait. Coal continues to dominate the country’s energy profile, providing nearly two-thirds of current demand. Plans to add more hydro, solar, wind, nuclear and gas into the mix aren’t expected to make a large dent in coal use if overall energy demand continues to grow along with the economy.

This is one reason Kari Punnonen, Regional Director for North East Asia at Wärtsilä Energy Solutions, believes that the term ‘energy revolution’ is overly dramatic.

“There are still lots of coal-fired power plants under construction in China. Even though the authorities have cancelled several of the licences, worth some 50 to 100 GW, the ongoing projects will be rolling for years and some tens or maybe hundreds of gigawatts of coal power is still coming on line. Over the next five years at least, the coal-fired capacity will keep on growing,” he said.

Punnonen also points out technical and regulatory roadblocks to absorbing all the new wind and solar power into China’s grid.

“From a purely economic operation point of view, the situation is not good,” he said. China currently lacks a reasonable way to balance the wind power it currently produces, relying on coal plants running at an inefficient 50% load. Because the balancing cannot be done properly, the wind power has to be curtailed and often even shut down.

The country also has yet to organise a market for peaking power, which would provide the necessary economic incentive to invest into real balancing capabilities, he says.

Another aspect of China’s ‘energy revolution,’ one that could have the most profound impact on the world’s future energy choices, is investment into green tech development. Specifically, China has overtaken the EU in investment into clean energy systems and is the world’s leading producer of solar panels, as Mathews points out. The country is also a major producer of batteries designed to store energy for utility purposes.

Advances in technology and production efficiency have already pushed down the price of these Chinese-built components. Further development could make them better and cheaper, providing a carbon-free option for countries or even small communities in need of affordable infrastructure.

Of course, it’s impossible to say with any precision what effects China’s green tech exports, its strategy model or its fuel trade will have on the global energy outlook of coming decades. But as the country is on track to surpass the US as the world’s largest economy around 2030, there’s no doubt that China’s decisions will have an outsized impact. The world’s energy future will be written in Beijing.