Flexibility is the key requirement for future propulsion systems

Traditionally, vessels are designed for and tested at one design speed and draft. When fuel prices skyrocketed in 2009 the problems with this approach became apparent. Most vessel types reduced their speed to compensate for the higher costs, making the initial design obsolete. For the existing fleet, bow and propeller retrofits as well as trim optimisation solutions tried to compensate for this change. For many newbuilds, hydrodynamic design optimisation for a realistic operational profile (what time and where the vessel will sail and at which speed and draft) became the new best practice, making the vessel design future proof.

What about the propulsion train? Low-speed diesel engines for propulsion and three auxiliary engines for generating onboard electricity remained the standard for many vessels despite having the same problem as vessel hydrodynamics – they are optimal for a specific speed and power demand.

Given the high customer demand and upcoming regulations to reduce greenhouse gases (GHGs), exact future operational profiles are less predictable. Looking at the 40% IMO GHG reduction in 2030 and the technical options to further optimise the existing fleet, a further speed reduction is a likely option for many owners.

“Every newbuild therefore needs to carefully study alternatives to have flexibility built in that can support an operational profile that works for a 25-year vessel lifetime. 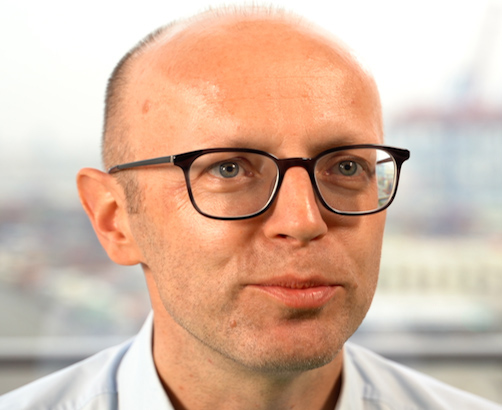 This is already happening. Altera (formerly Teekay) shuttle tankers will not use auxiliary engines while sailing but will instead use two 4-stroke engines with controllable pitch propellers and shaft generators to produce electricity, supported by an energy storage system to ensure optimal load at all times.

Misje Eco’s new bulk carriers will employ a full hybrid system with a main engine that produces electricity via a shaft generator balanced by an energy storage system. The auxiliary engine will serve only as a safety backup.

Finnlines’ new RoRo ferries will use shaft generators with a power-take-off (PTO) and power-take-in (PTI) combined with a powerful energy storage system that can also be charged via a shore connection.

The North Sea Giant offshore support vessel replaced one of its engines with a Wartsila Hybrid Upgrade system, enabling full DP3 operation with one engine instead of three running, leading to significantly reduced fuel consumption and emissions.

Hybrid propulsion systems with a battery on board reduce fuel consumption when used as spinning reserve, for example in manoeuvring mode with one auxiliary engine running instead of two. Peak shaving can also be used to reduce fuel consumption by smoothing the load on the engines, and in some cases can reduce the number of engines that need to be online.

Full diesel-electric drives with multiple gensets allow for a wider range of outputs for both propulsion and onboard electricity generation. Efficient new dual-fuel and gas engines are leading to a resurgence in shaft generator systems, which are now becoming standard with these types of propulsion solutions.

The other future flexibility factor that every newbuild needs to consider is fuel flexibility, and here engines that can burn future fuels like LNG, methanol and ammonia are relevant for today’s new vessels. If a vessel already has a hybrid system in place, this may support the conversion to future fuels without impacting on performance.

Whatever the future brings, it is abundantly clear that a flexible approach to vessel design that includes electrical systems and solutions is the best way to ensure that your operations can go from strength to strength. Wärtsilä’s integrated offering – which covers every aspect of hybrid power generation, management and storage – provides owners and operators with the building blocks for a more sustainable and profitable tomorrow.

Find out more about Smart Electrical and Power Systems