Shipping is entering an era where vessels will continue to have long lives but digital technology that sails it will update every day. Ensuring the equipment is up to date throughout its life cycle will, therefore, be a challenge and a service of immense value.

Shipping is entering an era where vessels will continue to have long lives but digital technology that sails it will update every day. Ensuring the equipment is up to date throughout its life cycle will, therefore, be a challenge and a service of immense value.
That is what makes the case of cruise ferry, Pride of Hull, and Wärtsilä’s NACOS (Navigation Automation Control System) so special.

This January, the P&O Ferries operated passenger-cum-RoRo ship was fitted with Wärtsilä NACOS Platinum. It is a third-generation integrated bridge system (IBS) and a third NACOS upgrade in the vessel’s lifetime, providing the vessel with an additional decade of latest navigation solution.

Pride of Hull is, therefore, a fine example of Wärtsilä Voyage’s relationship with P&O, supporting them with a digital solution that ensured the ship stays fit and fitted with the latest technology.

Onboard from day zero

Powered by four Wärtsilä 9L46C diesel engines, the 215 meters (705 ft) long ship has been servicing people and cargo in the North Sea — between the Port of Hull in north-eastern England and Port of Rotterdam on the coast of the Netherlands — seven times a week for over 20 years now, and the NACOS system has been assisting it in safe navigations during those crossings from day one. 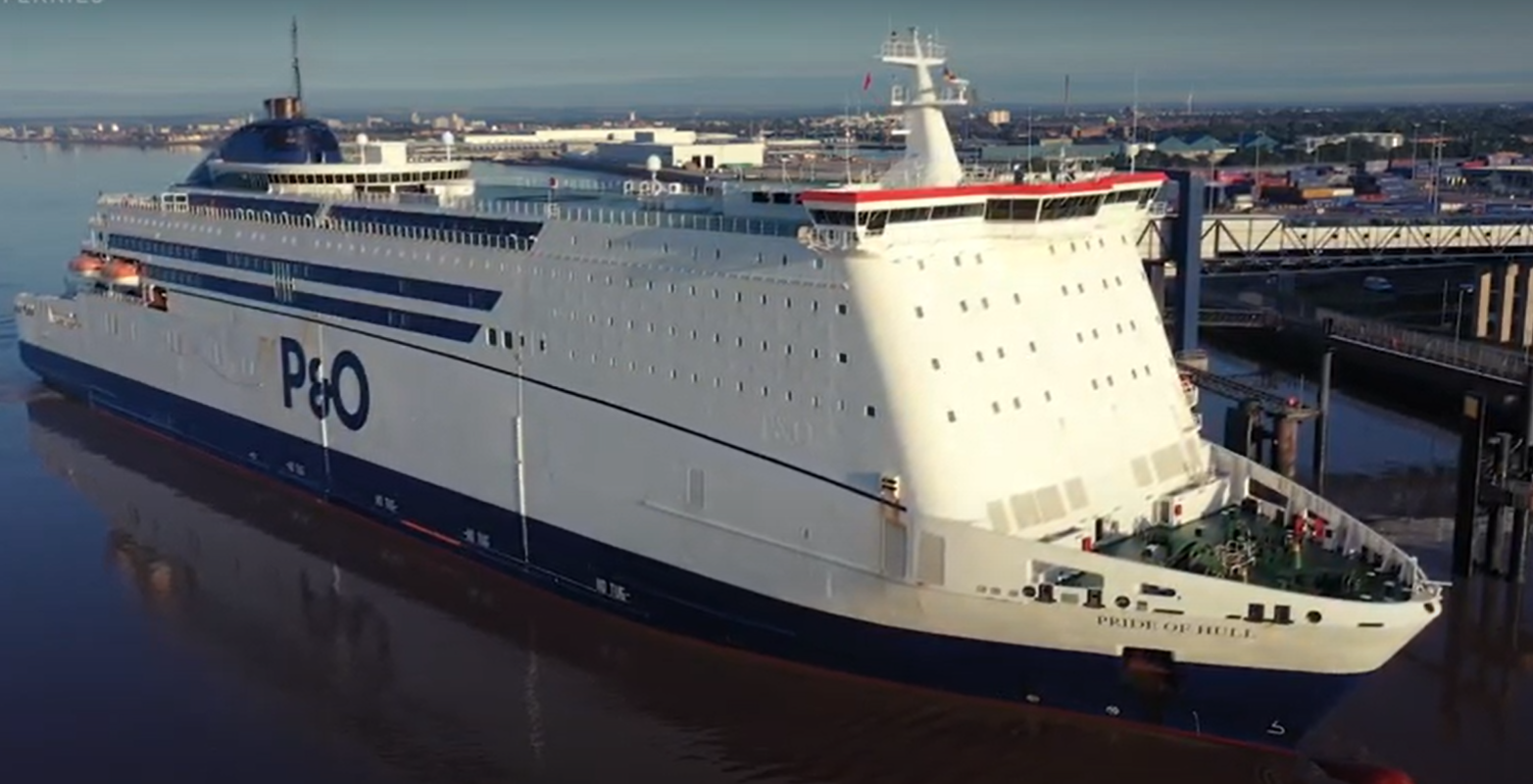 The first NACOS 9600 integrated bridge system (IBS) was installed on the vessel in 2001 when the ship was fresh out of the Fincantieri shipyard.

The NACOS system was then upgraded in 2010 with a hybrid NACOS 1000 as the original CRT monitors and computer equipment showed fatigue.

“We chalked out an ingenious partial upgrade plan for the vessel, wherein we updated the complete below deck equipment with new controls, monitors and computers but left the above deck equipment intact. This reduced the cost effectively for the customer and was hugely beneficial for them,” says Christian van Weerden, Regional Sales Manager Benelux, Wärtsilä Voyage.

Ten years later, in December 2020, Pride of Hull came back for the third upgrade. This time, a partial system update could not be delivered as some of the core components were already 20 years in service and needed to be replaced with the latest version.

“After discussions with P&O, for the third upgrade we decided to make a more extensive upgrade this time around. This was to ensure that P&O Ferries would have guaranteed operation and support for the Pride of Hull in the upcoming years. Now the ship can sail with the latest navigational tech for another ten years without needing any new major equipment or updates,” explains van Weerden.

The equipment that was taken off from Pride of Hull has not been disposed either as P&O is keeping these parts as spare for the Pride of Rotterdam, the sistership that operates on the same Rotterdam to Hull route.

Equipped with the latest tech until the end

Because ferries have passengers on board, redundancy of equipment and safety is always the operator’s key priority. Due to NACOS’s scalable network architecture, Wärtsilä Voyage can deliver a modular navigation system that supports regular upgrades.

As the NACOS Platinum is designed to use standard defined components across every workstation, it is scalable from 1 to 50 workstations. This allows for an efficient and flexible design of an Integrated Bridge System and an optimised operation for the crew.

“The modular design also creates the opportunity to add or upgrade the Bridge system more easily in the future. Again, all in favour of the owner and crew,” tells van Weerden.

“With the Remote Maintenance Router, we can perform analyses, tweaking and advise the crew remotely. This helps optimise our service delivery, saves down time and cost, and increases the operational efficiency of the latest NACOS Platinum platform. All of this is done using a cyber secure access method, which ensures safe and secure assistance,” says van Weerden.

Also, the new upgrades make Pride of Hull compatible with other smart marine technology for the future. “The vessel now has our cybersecurity internet router. So, if needed, we can also plug in our various data services or even install our latest cloud-based voyage optimisation systems like Fleet Operations Solution (FOS),” says van Weerden. FOS is a next-gen solution loaded with features like real-time weather- and speed- based routing, fuel consumption optimisation and predictive maintenance support for propeller, hull, and engine condition.

Innovation being done in the new-builds space is great. But, as an industry, we have also got to figure out how to keep older vessels relevant and ready for the future. After all, there’s a fleet of 100,000 merchant ships currently sailing the world’s oceans with plenty of years left in their hulls and engines. Retrofitting them with digital solutions that bring them up to date is the key.

We hope to support the sistership Pride of Rotterdam’s next life cycle extension with third generation NACOS Platinum as well.