Mexico has amended its energy laws, creating a new electricity market and allowing the private sector to participate freely in the generation and sale of electricity. The new strategy targets private and international investors, thus changing the market situation. The new regulations pave way for independent power producer (IPP) projects that will help the Mexican energy sector to not only cover the national demand, but also export electricity to its neighboring countries.

This is exactly what Energía del Caribe, S.A. is doing with a 140 MW Wärtsilä Flexicycle power plant in Northern Mexico. In the unique tri-national project, natural gas from the United States is imported to the power plant near the city of Monterrey, and the electricity produced is exported from Mexico to Guatemala.

The creative solution allows electricity based on natural gas to be used in Guatemala for the first time. As the government of Guatemala favours cleaner energy production, this helped Energía del Caribe to win power purchase agreements (PPA). Natural gas is normally not available for power production in Guatemala, where the largest source of electricity is oil.

According to the PPAs, Energía del Caribe, S.A. has to deliver approximately 950 GWh of electricity per year to utilities in Guatemala. To reach the target, the Huinala power plant typically runs at full baseload output for 24 hours a day, or as per the dispatch instructions of the Mexican grid operator.

“We chose internal combustion engines to ensure reliability. If one of the seven engines is under maintenance, the other six are fully operational. This is how we avoid cut-offs”, says Guillermo Barragán Toledo, Country Manager of Energía del Caribe, S.A. The service agreement between Wärtsilä and Energía del Caribe ensures optimized performance, maximised lifetime and lifecycle cost guarantee for the power plant. The capacity of six engines is sufficient to reach the 950 GWh target. “Another reason was fuel efficiency. In this size range, engines are the most efficient technology. We also like the fact that engines maintain high efficiency in extreme temperatures.” To maximise efficiency, Wärtsilä Flexicycle power plants include a combined cycle steam turbine.

For Energía del Caribe, S.A., this project was their first international one, and the first with internal combustion engines. This called for a reliable and experienced partner in order to guarantee a successful implementation. According to Juan Buitrón, General Manager of Energía del Caribe, S.A., Wärtsilä’s capability to produce efficient, flexible and reliable energy was essential to meet the PPA obligations in Guatemala. The modular design makes it very easy to expand operations depending on the market demands. Another asset was Wärtsilä’s fast-track delivery, which allows even partial handover. This meant having the possibility to install and start some of the gensets before the whole facility is completed, helping to meet PPA deadlines which can were tight.

GWh of electricity delivered per year to utilities.

We chose engine technology for reliability and efficiency. 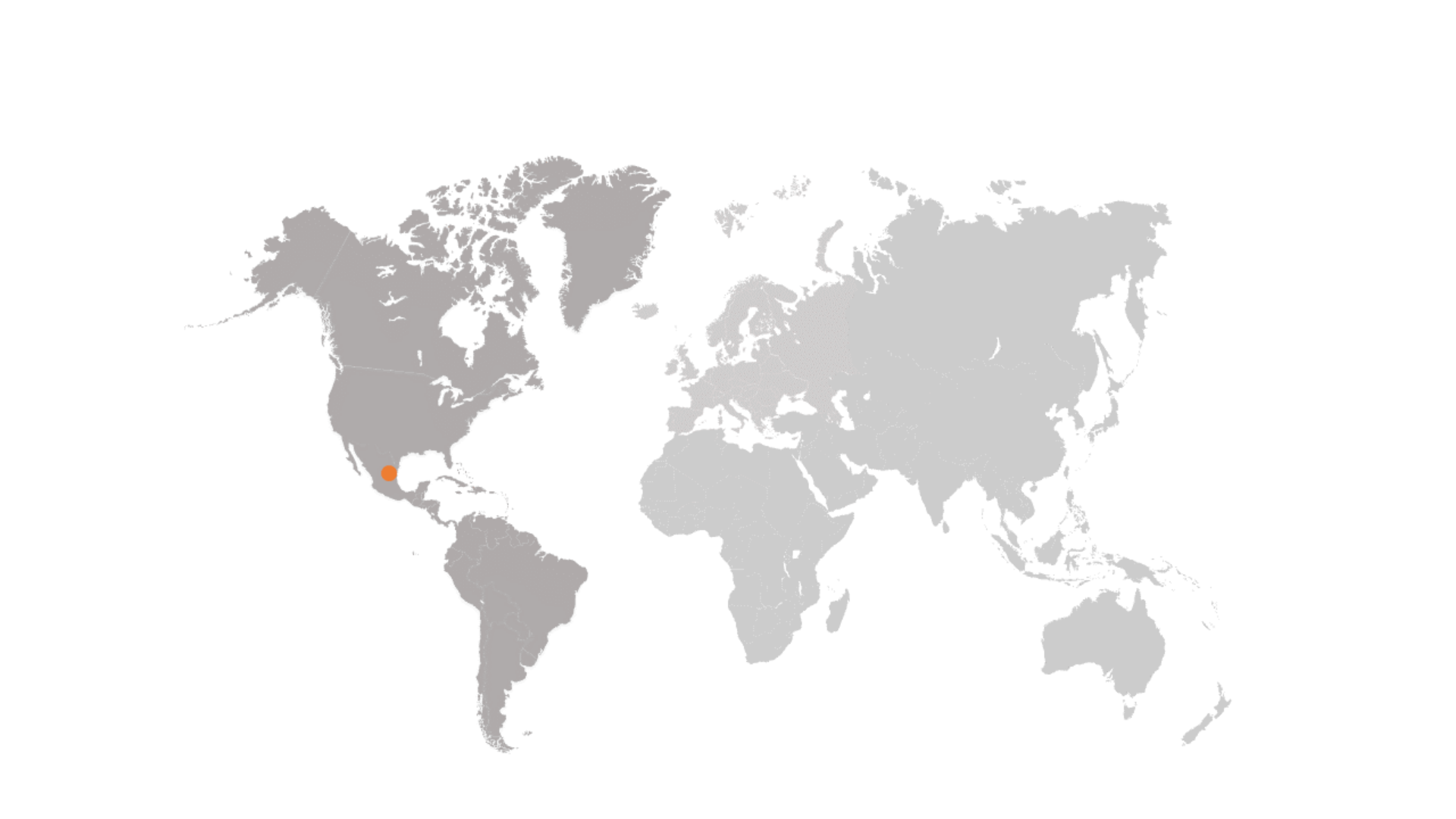 Mexico has amended its energy laws, creating a new electricity market and allowing the private sector to participate freely in the generation and sale of electricity. Read more about the case.

Mexico has amended its energy laws, creating a new electricity market and allowing the private sector to participate freely in the generation and sale of electricity. Read more about the case.

A brief guide to the technical features and performance of the Wärtsilä 50SG engine.