Wärtsilä is a giant in marine but a Lilliputian in the start-up scene. The Marine Mastermind innovation contest in Slush 2015 changed the perception of the company but we still have to evolve every day. One day there might be a rival who changes the whole game.

Spin-off, pipeline, non-core, win-win, venture, mindset, start-up scene. Tero Hottinen talks start-up. As a General Manager of Business Innovation in Wärtsilä, he is the binding force between the new and the old within the company.

“Digitalisation is taking over everything. In Wärtsilä and everywhere.”

It has been four years since ‘the old and rigid machinery’ took its first steps into the fast paced and vivid start-up scene by the creation of spin-off initiative that was conducted under the Wärtsilä Innovation Forum’s mandate.

“It was a way to screen non-core intellectual property and see, what’s happening outside the company. We have some projects that accelerated because of that. Wärtsilä gave business ideas to small ‘pumps’ and let them develop them,” Hottinen explains.

“We got a strong understanding of how a corporation should work with start-ups and how we can co-operate with them. We learned that there’s a lot happening within the start-up scene and it is a potential source of disruptions.” 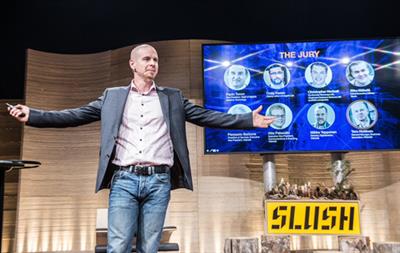 “Being in the start-up scene teaches us both start-up and venture capitalist mindset. We should find win-win-stories because we have the ambition to be a lot bigger. This is in our strategy and we want to grow in the digital scene. It is where we have to be,”General Manager of Innovation, Tero Hottinen says.

By 2015 Wärtsilä had learned so much about start-up scene and opportunities there that the next big leap was needed and so the innovation contest Marine Mastermind was born. Marine Mastermind brought together close to 50 entrepreneurs from around the globe to compete in finding new and unique digital services for the marine industry. The contest targeted both existing companies and aspiring entrepreneurs.

“Marine Mastermind was a mind-blowing experience and a great success. The whole contest was put together with a very start-up-like approach, we were not asking for too many approvals in due course. Looking back, this kind of way of working was spot on in this field,” Hottinen says.

What did you learn from the Marine Mastermind?

“We got a very good understanding of what is going on outside of our own circles and traditional trademarks. Altogether we have worked with nine of the companies that participated in the competition.”

The winning start-up, Marina Ahoy, which hails from Estonia, is developing a customer service touchpoint for marinas and a convenience tool for sailors. Their winning concept was an innovative tool that offers sailors and marina a real-time connection that automates routine tasks and can therefore enable marinas to operate around the clock.

The business concept was an outcome of Lean Innovation Lab that that was provided for the winner as a prize. In the Lab Wärtsilä together with Marina Ahoy and Shift Actions conducted a six weeks intensive development sprint to see how Marina Ahoy’s solution could be pivoted into commercial shipping.

“The outcome was an amazing business concept. After the competition Marina Ahoy evaluated the business opportunities in this and they came into conclusion that this concept would be too far away from their main approach. So now we are now looking into other ways of proceeding the winning concept,” Tero Hottinen enlightens the outcome.

The contest spawned new belief for start-up collaboration in Wärtsilä. The company’s recently hired Chief Digital Officer Marco Ryan has his say on how the start-ups can be turned into profitable business.

“We have some bold digital ambitions and part of that is a new approach to how we work with start-up, how we look into co-creation of new business models and partnering.”

One real life examples of Wärtsilä’s start-up journey is Pasi Ojala. His company, Aikumo, took part in Marine Mastermind. Aikumo was in the final of the contest but didn’t win. Ojala on the other hand, took home a personal victory. He became one of the salaried staff of Wärtsilä a little less than a year after Slush. Aikumo’s business idea was to use analytics as a service and now Ojala is leading a data team inside Wärtsilä which works with similar issues to Aikumo.

So did Wärtsilä do what big corporations are often criticised for in operating in the start-up scene? The big ones are there just to ‘eat’ all the small companies and their professionals or to eliminate competition.

“I don’t feel like I have sold my soul because I became a Wärtsiliän. My team works in a very similar field than my start-up. The aim is now to get the big working the same way as the small ones do,” Ojala tells.

“Using data efficiently is the key here. When there’s information, there’s always someone who will use it. You don’t need big organisations to be able to benefit from data,” he continues.

This is one of the things Marco Ryan thinks Wärtsilä should learn from start-ups.

“It doesn’t take large teams to create lasting outcomes. A small team, fully empowered, enabled by technology and with a shared commitment to the outcome can deliver amazing results fast. It is perhaps this velocity that has the most potential for us,” Ryan believes.

According to Ryan, the main learning from start-ups should be that the customer is king.

“It is the start-ups’ ruthless focus on the customer needs and the use of design thinking to work back from the customers’ needs to develop new products and solutions that we should learn.”

“Also the lean start-up ways of working. This is linked to the first, but it is also about the idea of getting a MVP to market, using a “test-learn-Optimise” approach to refine and drive commerciality,” Ryan says. 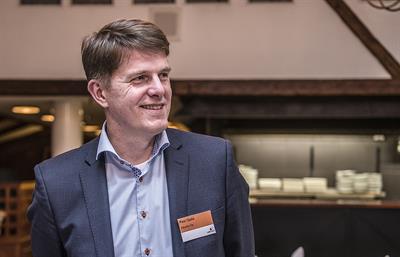 “The biggest learning from start-ups to me is definitely that the ideas that create additional value and ease, are the ones that succeed. Too complex ideas won’t attract customer,” says Pasi Ojala, Advanced Analytics Manager, former start-up entrepreneur.

Despite the fairly short sail on the start-up seas, it is very clear that Wärtsilä is here to stay. Both Tero Hottinen and Pasi Ojala agree that Wärtsilä is well positioned, and even ahead of the traditional competitors.

“We have a very good reputation in the start-up scene, that’s mainly because we have done things that have made us interesting with a genuine aim towards true win-win situation. We used to be there hands on with Ilari Kallio, the current CTO of Wärtsilä, in making spin-off pipeline,” Hottinen describes.

“To be honest, we are still totally babies if you look at the big start-up grounds, like Israel, Berlin or Silicon Valley. We don’t show in that scene at all. We are one the corporations among all the others. If even that.”

It is still too early for CDO Marco Ryan to reveal the company’s start-up strategy going forward as he has worked with Wärtsilä for only a few months. Pulling the blanket of secrecy off a little bit, there will be a mixed strategy of acquisition, co-creation, incubation and partnering.

“I can say that least we can act less corporate and provide start-ups with easier access to our data and ideas to facilitate the testing of new partnering. We can also co-create ideas,” he says.

Anyone can be the future rival

Digitalisation provides business opportunities in all industries for companies that haven’t been considered as competitors before. They can be start-ups or corporations, old and new.

If you sleep when changes happen, someone will throw a slushie at your face.

“We can’t just sit and wait, we need to be awake. One day someone creates the uberisation of our industry and then we are screwed. Being one step ahead is a good approach,” Tero Hottinen says.

Hottinen and Pasi Ojala sense similar kinds of changes in the marine future:

“I believe the future breakthrough will be in logistics, something will happen in that scene very soon,” Ojala says.

“Some of the future innovations will most likely happen in the harbours and in cargo vessels – so logistics. There might be a lot more players in this field sooner than we think. The name of the game changes if the big digital players, like Google or Amazon step in marine business, like the signs would imply” Hottinen concludes.

Mikko Tepponen, Digital Director, Wärtsilä Services talks about ‘Digitalising the marine industry here and now’ at the Marine side event on Thursday December 1st at 1 pm.