The fight against ocean plastic has spurred countless efforts to physically remove trash from the environment, from old-fashioned beach cleans to ambitious engineering ventures. Here's a look at various types of projects and its potential impacts.

Pick a spot of beach or coastline, gather a group of eager volunteers on a Saturday morning and start gathering trash. This is clean-up at its most classic. In addition to leaving the community with a pristine beach, this type of action is seen as a good opportunity to grab the plastic waste where it's most accessible, before it's washed back into the sea.

While there's acknowledgment that these clean-ups aren't a long-term solution – areas have to be cleaned repeatedly – organisers point to the awareness these activities raise, particularly when they're covered by local media. There could be other benefits as well. The Marine Conservation Society, the UK’s leading charity for the protection of seas, shores, and wildlife, catalogues the trash it finds on the clean-ups it organises. This information has been used by policymakers to push through plastic control measures like taxes and surcharges.

A global clean-up is essentially a local clean-up scaled to the extreme. On 15 September 2018, millions of volunteers in 150 countries are expected to turn out for World Clean-up Day, an event organised by the Estonian-based Let’s Do It! movement.

The international clean-up won't be limited to coasts, but the board member of the movement, Anneli Ohvril, points out that 80% of the trash that ends up in the oceans starts out as litter on land. Though there's little expectation that the effort can keep up with the amount of rubbish produced each year, Ohvril says that the mass nature of the action, where five percent of each country's population is the goal, is enough to change cultural attitudes towards trash. 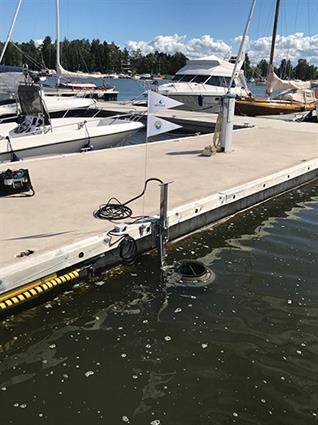 Wärtsilä donated Seabin, a floating garbage can, to Rauma in June.

It's naturally tempting to want to scoop up the offending plastic directly from the water, and several new technologies are being developed to do just that.

By far the most ambitious of these engineering efforts is The Ocean Clean-up, a Dutch-based project that will use 1-2km long floating barriers to catch plastic as it drifts in ocean gyres. From the system's first deployment this summer, the foundation behind it estimates it could have up to half of the Great Pacific Garbage Patch cleaned within five years. Many ecologists are sceptical of the plan, which they say could create habitats and attract more fish to the plastic-infested zones. There's also concern that the plastic barriers could go adrift, themselves becoming massive pieces of floating pollution.

But even smaller initiatives could go a long way. Wärtsilä’s cooperation with Seabin, a kind of floating rubbish bin that bobs around harbours and marinas capturing trash, is a case in point. 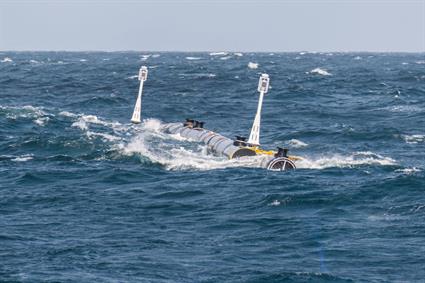 The Ocean Clean-up, a Dutch-based project will use 1-2km long floating barriers to catch plastic as it drifts in ocean gyres.

Addressing waste management issues is increasingly being seen as an effective way to reduce the amount of plastic that winds up in seas. Studies of ocean plastic pollution shows that most originates in developing states with poor waste management infrastructure. Typically, it is governments and NGOs that carry out projects to shore up waste collection systems. Such projects take time and money to implement, but their impact on trash distribution can potentially be more profound than all other.