Company
Home
Insights
Taking control to the next level

Taking control to the next level

As of mid-June 2017, the multipurpose Wärtsilä Electronic wastegate package, developed by Wärtsilä, is now offered as an optional retrofit package – starting with the Wärtsilä 34SG range – regardless of power application, and operational profile.

The Wärtsilä Electronic wastegate package and its associated properties – engine reliability, stability, diagnostics and simplicity – were developed by Wärtsilä for these new engines, and simultaneously the technology refined as a retrofit for older Wärtsilä 34SG engines because it had the same benefits of improved performance and reliability, and offered improved diagnostics as well. This is an example of Wärtsilä’s innovativeness and how the latest technology benefits both customers buying a new engine and those already operating Wärtsilä engines.

The development of the new Wärtsilä Electronic wastegate package was made in close co-operation with Electronic Waste Gate supplier. The project aimed to develop a wastegate valve package that could be used on new engine platforms and would also be suitable for retrofit purposes for current portfolio and field engines.

The validation of the new product required a vast number of various rig and on-engine laboratory tests performed by both the Electronic Waste Gate supplier and Wärtsilä on several different engine platforms. The Wärtsilä Electronic wastegate package gathered more than 20,000 hours of on-engine testing before it was released for production. The validation process also included an 8000-hour field test on a Wärtsilä 20V34SG engine at a power plant in Turkey.

The Wärtsilä Electronic wastegate package and its built-in diagnostics capabilities make it possible to know what is happening inside the actual valve of the engine, whereas previously the only known factor was what was requested of it, such as the actual valve position compared to its set position. Another advantage is an alarm signal if a set point gets exceeded. All this yields faster engine reaction time, improves engine stability and improves the parameters required for condition monitoring.

The Wärtsilä Electronic wastegate package upgrade on Wärtsilä 34SG engines requires only two days to install and its footprint is equally discrete, measuring less than one metre in length and weighing around 20 kilograms. Not only does it fit into existing engine layouts, the system is service-free and requires minor piping and hardwire connections, and some thermal insulation. It works seamlessly with WOIS, the Wärtsilä Operation Interface System, for valve diagnostics. Previous control systems of this type used electro-pneumatic systems, but the wastegate system is electrically activated with a high-speed electrical motor making it faster, more responsive and accurate, and trouble-free.

With the information it provides, the electrical wastegate-equipped engine is more stable and more efficient. The precision diagnostics also improve condition-based monitoring.

The Wärtsilä Electronic wastegate package was originally developed for new engines but the benefits as a retrofit on older engines soon became apparent for the Services division. The system was developed in collaboration between the departments and the project serves as an example of innovative way of working within Wärtsilä.

Putting the Wärtsilä Electronic wastegate package into context, the effort is part of a company-wide initiative to digitalise engine operations to help maximise performance, reliability and thus business benefits for customers. Irrespective of operational profile – if the engine has a base load output, or is used as backup – Wärtsilä aims to support its customers with intelligent solutions.

The Wärtsilä Electronic wastegate package is an intelligent product from a lifecycle perspective because it has a positive impact on an engine operator’s bottom line by minimising downtime due to fewer overhauls.

It must be noted that it was a challenge to develop the electronic (software and sensor-based) wastegate valve system due to the harsh environment these engines work in, and the high exhaust temperatures, vibrations, and moving parts.

Another challenge was to adapt the system to the changing needs of power plant customers where loads peak at different hours, ramping up and ramping down production, depending on the need for electricity in the grid. This variable load profile creates special temperature and pressure requirements on ancillary machinery and systems. 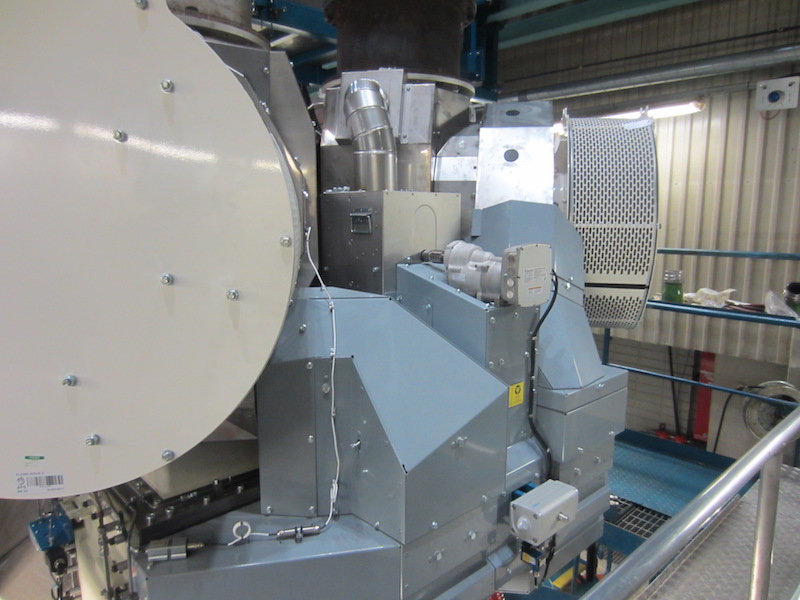 The load on stability

Key points of the Wärtsilä Electronic wastegate package for new engines as well as for engines already in use.