Shaking up shipping with the MS Green Ammonia

As part of the ZEEDS initiative, Wärtsilä is helping develop a pioneering new tanker vessel that will transport and run on green ammonia.

Grieg Edge and Wärtsilä are collaborating to develop a groundbreaking new tanker vessel, the MS Green Ammonia. The vessel, which will both transport and run on green ammonia, is expected to be in operation as early as 2024. The development project is part of the Zero Emissions Energy Distribution at Sea (ZEEDS) initiative.

Ammonia has been on Wärtsilä’s future-fuels radar for several years and shows great promise as a carbon-free fuel for maritime applications. Compared to LNG and hydrogen, ammonia requires less complex, and therefore less costly, fuel storage and delivery systems.

In early summer 2021 Wärtsilä initiated the world’s first full-scale testing of ammonia as a fuel in a marine four-stroke engine. The testing programme will provide important insights into the long-term effects of an ammonia-fuelled engine on other vessel systems and components, including the required safety measures.

Vast quantities of ammonia are manufactured and traded worldwide, primarily for agricultural fertiliser production. Most of it is produced using natural gas or other fossil fuels, generating around 500 million tons of C02 per year. “Another alternative, blue ammonia, which is produced from natural gas, requires carbon capture to make it carbon neutral,” says Egil Hystad, General Manager, Market Innovation at Wärtsilä Marine Business.

Ammonia produced using only renewable energy sources is called green ammonia. It has huge potential for providing green energy to remote power systems in the Arctic and to offshore installations on the Norwegian Continental Shelf. Fittingly, it is the fuel that the MS Green Ammonia will both transport and use.

One piece of a much bigger puzzle 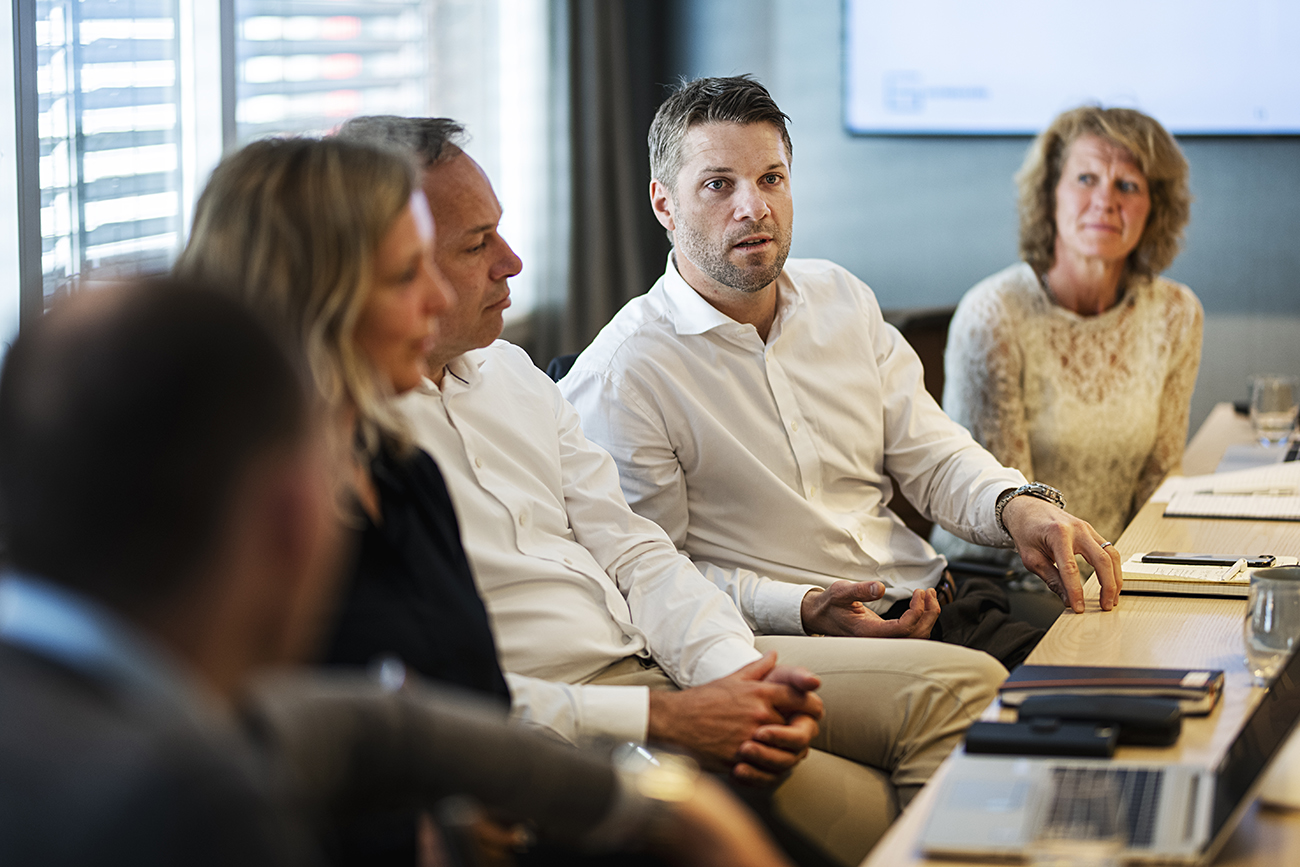 The ZEEDS initiative is thinking big with its goal of supporting the decarbonisation of shipping. It aims to create an entire ecosystem of offshore clean fuel production and distribution hubs based on existing technology. The MS Green Ammonia is just one piece of the puzzle. For this project Grieg Edge, the innovation hub of Norwegian shipping group Grieg Star, and Wärtsilä have signed a mutual collaboration agreement under which Grieg is responsible for the vessel’s design and Wärtsilä is supplying the engine, fuel tanks, power distribution and related systems.

“We have a complete value chain with this project,” explains Vidar Lundberg, Chief Business Development Officer, Grieg Maritime Group. “There are multiple businesses in Norway working on the green ammonia production side and on the distribution side, we’re working on this pilot project with Wärtsilä. We also have local authorities and the government of Norway as stakeholders along with the end users of the green ammonia.”

The partners plan to have M/S Green Ammonia distribute its cargo from a factory in Berlevåg in the far north of Norway to various locations and end-users along the Norwegian coast, including a power station in Svalbard in the Arctic Ocean. Existing ship owners operating LNG-fuelled vessels also represent a significant potential customer base as compatible engines could be retrofitted to run on 100% green ammonia. ZEEDS partners have already signed letters of intent with several industrial and shipping partners to ensure the project is part of a commercially viable ecosystem.

“Existing ship owners operating LNG-fuelled vessels represent a significant potential customer base as compatible engines could be retrofitted to run on 100% green ammonia.

Creating a viable green ammonia powered vessel has required new ways of working on the part of the ZEEDS partners. “This is a unique and exciting co-creation project where we are all aiming for the same goal,” says Egil. “If you look at the traditional way of building a ship, Wärtsilä is not directly involved from the beginning – the designer comes to us with a set list of needs. In this project, we’re discussing directly with Grieg to find solutions to their needs, and this gives us a much faster way to reach our goals.”

The Norwegian government has also taken a keen interest in this project. Pilot-E, a funding scheme for the Norwegian business sector launched as a collaboration between the Research Council, Innovation Norway and Enova SF is supporting the project with a EUR 4.4 million grant. “Government support is key to pulling off this kind of transformation in shipping,” explains Vidar. “Almost no one is willing to pay extra for their energy, which means government support is needed in some form – whether it’s in the form of financial support, regulatory support, CO2 taxation or contracts for difference to incentivise those moving towards green fuels.”

A big project with a small footprint

It is important for both companies to work on a project that will be among the first ¬to create a commercially viable green ammonia powered vessel. “This is a high-profile project for us – it will demonstrate that we can make a future fuel available and viable,” says Vidar.

“This project is a showcase,” agrees Egil. “We believe the carbon footprint of this vessel can be up to 90% lower than current fossil fuel-powered vessels. That is a dramatic improvement over the IMO’s 2050 requirements – and it could be a reality just a few years from now if all goes to plan,” he concludes. 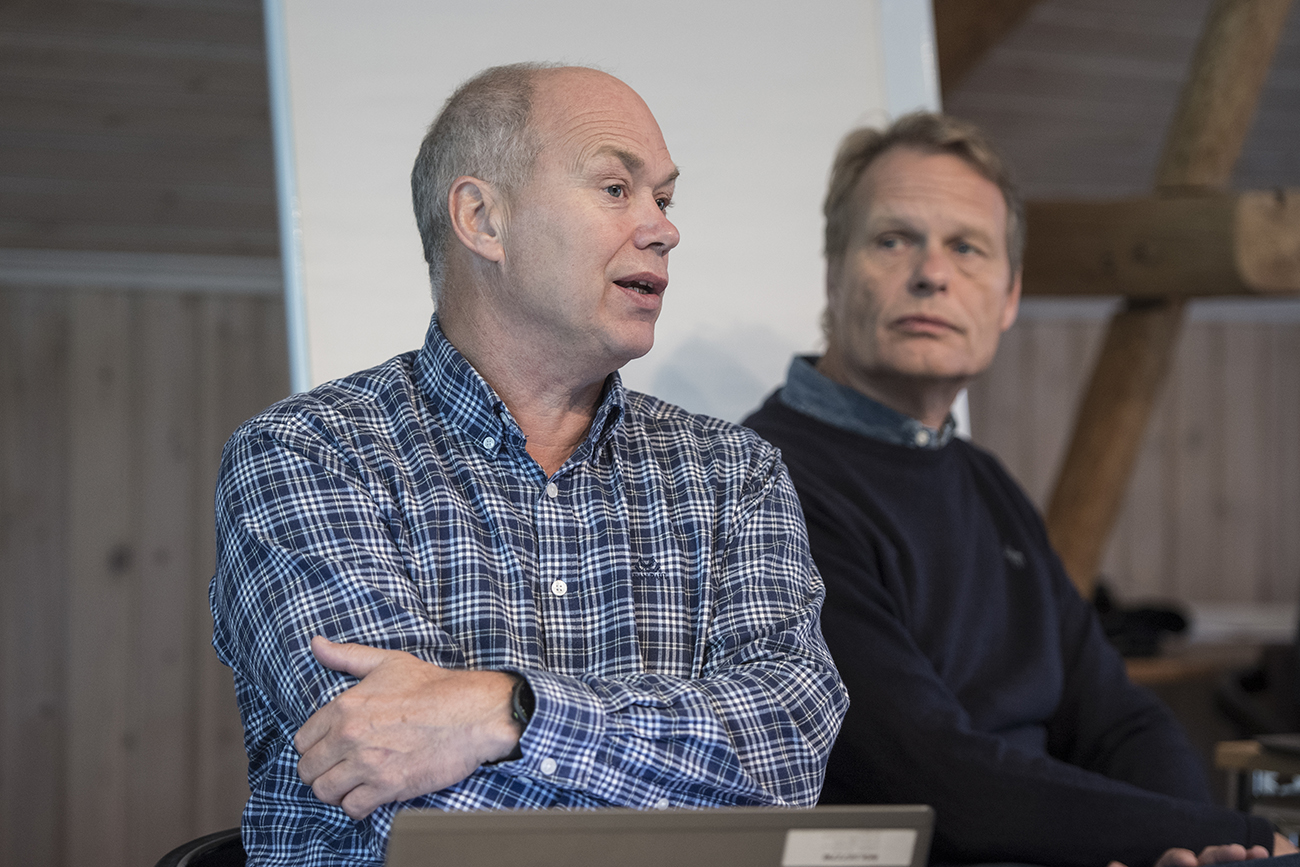 Find out more about the ZEEDS initiative