A year ago, Wärtsilä announced an ambitious global initiative to confront the impact of climate change in marine communities. What progress has been made? Read on.

5 min
Sustainability
A year ago, Wärtsilä announced an ambitious global initiative to confront the impact of climate change in marine communities. What progress has been made?

SEA20 launched with a ‘wake-up call’ to the world’s major marine cities to confront the challenges of a world where sea levels are rising, digitisation is challenging the status quo and geopolitical and social tensions are impacting the flow of trade. The initiative calls for cities to join together to create sustainable infrastructure for the future through collaboration, smart planning and the best ideas from the marine, energy and digital sectors. The non-profit initiative, run by Nordic West Office – a global affairs consultancy and think tank – and enabled by Wärtsilä, is part of the broader project ‘An Oceanic Awakening’.

Isabelle Thibault-Ahlström, Communications Manager, Wärtsilä Marine Business, says the past year has been about finding stakeholders who are willing to rethink the marine ecosystem through open and honest conversations.

“The most important part of the movement during the last year has been to make societies understand how important a Smart Marine Ecosystem is for their future. Consequently, it is a way to put pressure on the entire value chain of the marine industry, leading it to more openness, broader co-operation, better connectivity, collaboration and more ambitious undertakings,” Thibault-Ahlström says.

So far, eight jurisdictions have signed on to the project: the cities of Genoa, Hamburg, Helsinki, Luleå, Rotterdam, Trieste, and Vaasa, and the U.S. state of Washington. The goal of the organisers is to have 20 members on board by the end of next year.

One major challenge facing SEA20 cities is how to develop new infrastructure that will encourage future growth while prioritising sustainability. For hundreds of years, ports provided a catalyst for growth, which means that today many major metropolitan areas are located at or below sea level and are built upon outdated, often environmentally hazardous foundations. Finding ways to encourage sustainable development in port cities is critical for the world moving forward, as the shipping industry continues to expand.

“Around 90% of world trade, worth at least USD 24 trillion in goods and services, generating a GDP of USD 2.5 trillion annually, is carried by sea,” says Andrew Calzetti, Marketing Director, Wärtsilä Marine Business. “This gives us enormous leverage. Yet, at the same time, slow adoption of new technologies has resulted in massive inefficiencies.”

SEA20 posits that marine cities can be a major force behind smart growth and provide an example for sustainable development. The initiative hopes to show, among other things, that increasing digitisation and optimising efficiency can produce results that benefit the economy and the environment. 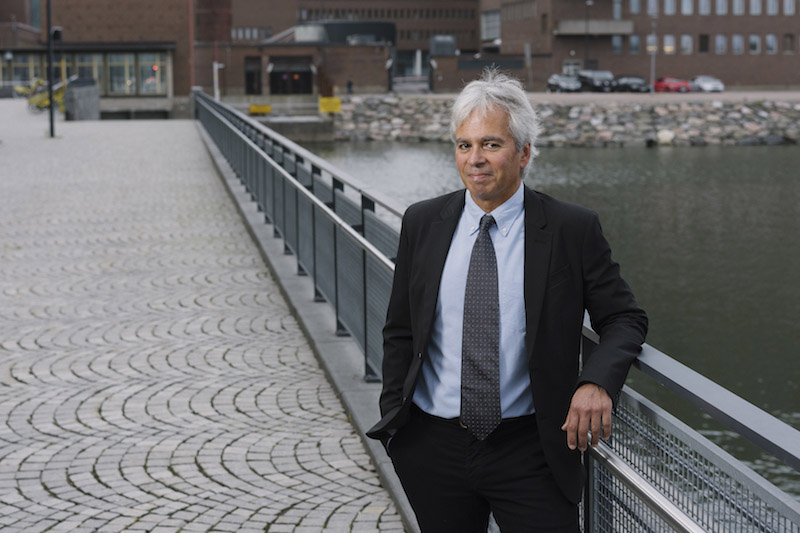 A highlight of the first year was a high-level SEA20 meeting, held in Helsinki in June. The event attracted politicians and industry leaders from countries around the world along with analysts and activists working on sustainable maritime issues. The meeting was primarily a brainstorming session, aimed at generating ideas for how to create an interconnected maritime sector that prioritises efficiency and sustainability. Attendees discussed preliminary findings from a report conducted by the Nordic West Office on the tensions between urban city planning and the marine industry and noted that there needs to be increased recognition of the interconnectedness of cities and their ports. Participants concluded that one of the biggest challenges facing maritime cities is a lack of trust between industry and government, and among city leadership. This lack of trust makes it difficult to move forward with solutions because, for one thing, it inhibits the sharing of data. The SEA20 forum hopes to become a place to build trust and relationships, making it easier to move forward together.

The SEA20 initiative isn’t a short-term project. It is an investment in the future. After the excitement of the first year, the partners are committing to go the distance to make its goals a reality. “Ultimately, we must change consumer mindset to focus beyond price, and consider the impact, footprint of every decision we make. This is a marathon that will stretch well beyond 2020,” Calzetti says.

Raising the profile of SEA20 through the addition of new members will be key to this effort. On the horizon for the coming year is building excitement around the initiative to increase engagement, along with more practical steps, on both a global and local level, like creating principles for smart marine ecosystems, which will be discussed in more detail at the SEA20 2020 Summit. This fall, SEA20 will release a global analysis of the future of maritime cities and industries. The focus of this analysis is to guide the maritime industry’s transformation in a direction whereby business models, value chains and city-planning methodologies can be redesigned to reap maximum benefit for citizens around the world. We need to secure a sustainable future for our citizens and the planet. The analysis aims to generate actionable points with which to kick-start change initiatives and innovation development programmes. It will provide a starting point for future discussion among SEA20 members.

Thibault-Ahlström says that communication is key to the initiative’s success.

“There are so many industry stakeholders working independently trying to achieve their own objectives, both at sea and on shore. We must enable and create processes where stakeholders can collaborate towards common goals, which can accelerate change.  There is a need for real time communication networks, and data-enabled processes. In short, connectivity across segments and industry verticals. We need to work together,” she says. “We believe we’ve made a start – this is just the beginning on our journey towards a truly connected Smart Marine Ecosystem.”