Raising the bar on safety

The International Convention for the Safety of Life at Sea (SOLAS) has existed in some form for over a hundred years, but it’s certainly not sitting around gathering barnacles. Instead, the rulebook is continually changing to reflect the industry’s enhanced capabilities when it comes to safety on the seas – particularly when it comes to a ship’s powerhouse. With technology continually raising the bar on safety, keeping a vessel safe and sound means staying very up to date with both the rules and the technological possibilities. It means both staying informed, and taking action to ensure that a vessel’s set-up meets the highest of standards.

“Engine rooms are, by their nature, hot spaces,” says Wärtsilä Services’ Senior Product Manager, Jyrki Salo, “but we’ve come a long way since the intimidating, steamy bunkers of a century ago. In fact, engine rooms these days are becoming, in every sense of the word, a whole lot cooler.”

Digitalisation, 3D modelling technology, and real time monitoring are just a few of the latest advances that are allowing for more reliable, cooler, and increasingly efficient engine rooms.

And for Salo, it’s obvious that SOLAS standards will rise to reflect our increased capabilities when it comes to safety.

Salo explains that Wärtsilä is already working alongside cruise ship companies and classification societies to prepare new class notations. They’re aimed not only at lowering surface temperature limits, but also at increased monitoring of possible threats to the engine.

“It’s not yet binding legislation, but that’s only a matter of time,” he states.

This means there’s no point setting the bar low when it comes to investing in safety.

Wärtsilä’s SOLAS solutions, including safety audits, training services and their wireless big-end bearing monitoring solution are all designed not only to meet legal requirements, but to exceed them, whether it’s for retrofitting or a new build.

“Every day we are learning,” says Salo. “The technology is improving, materials are improving – and we implement the latest.”

This approach enables Wärtsilä to provide customers with the highest quality solutions, meaning there is never any reason to compromise on safety. 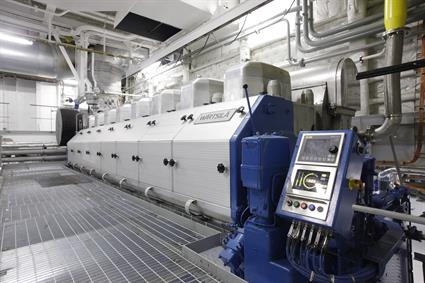 Getting smart about monitoring

Thankfully, there are plenty of opportunities to enlist great tech when it comes to keeping ahead of the legislative curve, explains DNV GL Maritime expert, Hans Eivind Siewers.

“Today, almost everything on board a vessel, including internal equipment like engines, can be fitted with smart sensors to monitor performance and catch irregularities early on,” explains Siewers.

Operators can even benchmark their vessels against the world’s fleet, report real time functionality from ship to shore, or even model potential changes by running 3D simulations in a so-called “digital twin”.

Siewers also sees an industry that’s keener than ever to stay ahead of the game, explaining that voluntary class notations such as F-AMC (meaning a vessel has installed additional fire protection) have been introduced by DNV GL in response to a heightened willingness to address growing safety concerns. This means owners now have a way to officially demonstrate that they employ enhanced systems when it comes to issues like fire safety. 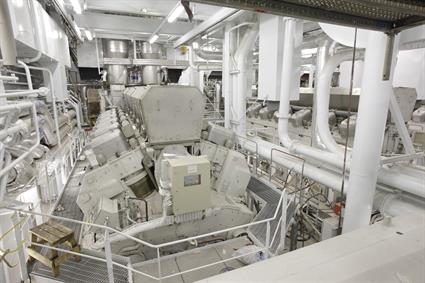 The engine room of Royal Caribbean's Oasis of the Seas cruise ship.

As a Wärtsilä customer, Kimmo Heikkilä is also pleased to have been able to invest in measures that go above and beyond mere compliance. This is because, as Director of Powerplant & Technical Systems at Royal Caribbean Cruises Ltd., (RCCL) he sees the safety of passengers and crew as the highest priority.

According to Heikkilä, these upgrades allow for improved reaction times on the part of the crew, mitigating or eliminating any consequences that could adversely affect safety on board.

There are many signs to indicate that ship owners are more willing than ever to embrace technology. The industry’s best are keen to stay one step ahead of the requirements, rather than find themselves caught out when new rules inevitably come into force.

Thankfully, with a range of advanced technological solutions at Wärtsilä’s fingertips, there’s an ocean of exciting solutions for customers when it comes to playing it safe.