Power plant audits: The name of the game

The secret to ensuring power plants operate for decades lies in timely audits. Luckily, Wärtsilä power plant audits can help. The Limbe power plant in southwest Cameroon is a good case in point.

According to OEM recommendations, a typical power plant can operate for decades if it is properly maintained and optimised. For a multitude of reasons, though, these recommendations are in some cases neglected resulting in decreased power output and efficiency and a significant loss in profitability.

Starting with audits, customised lifecycle upgrades can considerably improve the installation’s overall performance. With up-to-date equipment, well-executed maintenance, and skilled operation, a power plant’s energy efficiency can be maintained at a high level throughout its lifecycle and emissions can be kept in check.

Another factor to consider, given the long, expected lifetime of a Wärtsilä power plant, is how the business environment changes over time. New and more stringent environmental regulations could come into play, for example, or natural gas may become more competitively priced compared with existing fuel choices resulting in significant savings with a switch over.

With an installed base of almost 5000 power plants in over 176 countries, Wärtsilä’s solutions and services play an important role in generating power for large and small communities worldwide.

Full review of a customer’s site

Wärtsilä power plant audits produce information about the condition and operation of a power plant. Tailored to a plant’s specific needs, a site audit can include a review of the equipment and system condition, operation and maintenance activities, identify obsolete equipment, and recommend upgrades. In many cases, the result of the audit serves as an input for subsequent actions, say, a lifecycle upgrade project.

A site audit comprises three main parts: desktop study, site audit, and reporting. Usually a team of three technicians - engine, auxiliary systems, and electrical/automation experts - spend upwards of ten days checking, measuring, and analysing the technical condition of a customer’s site to produce a detailed audit. The findings are then reviewed together with the customer.

“The cost of the audit itself is only a fraction of what a plant can save or earn, later on,” says Tom Lindqvist, General Manager, Project Sales at Wärtsilä. “A typical power plant’s fuel bill can easily be up to 80 per cent of its total operational expenditures, so if the engines, auxiliary machinery or electrical and automation systems are not operating optimally, this would mean a lot of wasted money.”

In the past few years, Wärtsilä has completed a diverse range of audit projects in about 25 different locations from Benin, Panama and Brazil that testify to this logic. 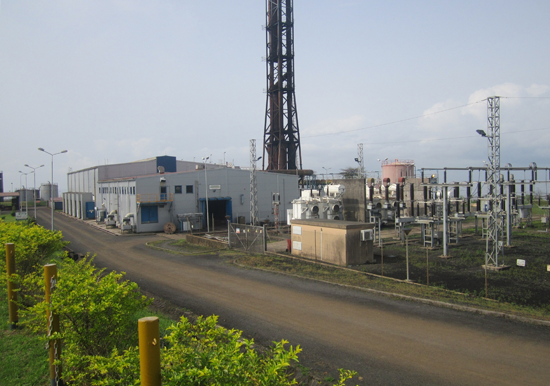 Audits serve diverse functions and are a lot more involved than just a simple plant visit.

Sometimes, the condition of a power plant may have deteriorated over time due to insufficient maintenance, resulting in a reduced capacity and efficiency. To regain or even surpass the original performance in a lifecycle upgrade project, accurate information regarding the equipment condition mentioned in an audit is a prerequisite.

“With the emerging availability of natural gas, there is often a strong incentive to convert liquid fuel power plants to gas operation, due to both economic and environmental benefits,” says Andreas Westerlund, Senior Technical Superintendent, Technical Services, Wärtsilä. “An audit gives information about the changes and new processes and equipment needed for a successful conversion of the power plant.”

A customer may be interested in a review of their power plant and its operation, to ensure all equipment is working and operated optimally. An audit highlights deficiencies in equipment condition and operation, and gives proper improvement recommendations. Additionally, equipment becoming obsolete is identified, and available new technology and equipment are suggested.

Regaining output in Cameroon through audit and rehabilitation

The Limbe power plant in southwest Cameroon is a good example of a power plant whose output had severely declined prior to a complete Wärtsilä audit and rehabilitation. Owned by Eneo Cameroon S.A., a semi-public company partly owned by the British investment group Actis, the plant has five Wärtsilä 18V46 engines providing approximately 7-8% of the power generated in Cameroon.

John Louis Batoko, South Grid Thermal Plants Sub-director at Generation Eneo says that “the main purpose of the Limbe baseload power plant was to supply electricity to the national grid. Due to power derating on each engine, caused by maintenance issues and extensive corrosion on the cooling system, we ended up in a situation where the plant could generate only about 40 percent of the installed total capacity of 80 MW. We needed to rehabilitate and upgrade systems in the whole plant to regain the needed original output.”

After a careful analysis of the situation, Wärtsilä suggested a total power plant rehabilitation of four Wärtsilä 18V46 engines, five alternators and radiators among other systems, as well as full on-site technical training for the plant’s staff. The whole job took seven months and was completed in February 2017. The audit and subsequent upgrade resulted in the plant reaching its original total generation capacity of 80 MW (16 MW from each engine), ahead of schedule, generating future savings through reduced fuel and lube oil consumption.