Starting from a military background, Daniel Moncayo has made a career in security management and became a triathlete in his 40s.

After starting his career in the military, Daniel Moncayo moved on to work in security management and later, in his 40s, he took up triathlon and then became a triathlon coach. His experiences have given him the motivation to give back and work for a better future and to inspire others to take care of their well-being.

This is the 8th edition of People with Purpose, a series that highlights the people of Wärtsilä: pivotal moments in their lives and what inspires them beyond the daily work. Now, it is time to travel to Ecuador and let Daniel share his story in his own words.

My father was in the military in Ecuador when I was a child. He was stationed in different parts of Ecuador and abroad, so even though I was born in Quito and went to school there, I have spent time in many places. When I was a little kid, I lived in Brazil and the United States for a year.

Even though it was cumbersome to change homes and leave friends behind so often, it also gave me the opportunity to get to know different people and cultures. It really enriches the life and I enjoyed that time. I enjoyed it so much that when I got older, I also joined the military. I joined the Officer’s Academy, which is a 4-year course. I graduated as an Infantry Second Lieutenant, and I specialized in counterterrorism and special operations. I spent three years in the infantry and, later, another four years in the counterterrorism unit. During that time, I had the opportunity to take part in some remarkably interesting experiences, like going to Brazil to participate in their prestigious Jungle Warfare Operations Course.

My military role also gave me the opportunity to get to know other cultures first-hand and to work with different communities and work in development programs. I am proud of that time in my life; the 11 years I spent in the military gave me some of my current values and helped me become the person I am now. 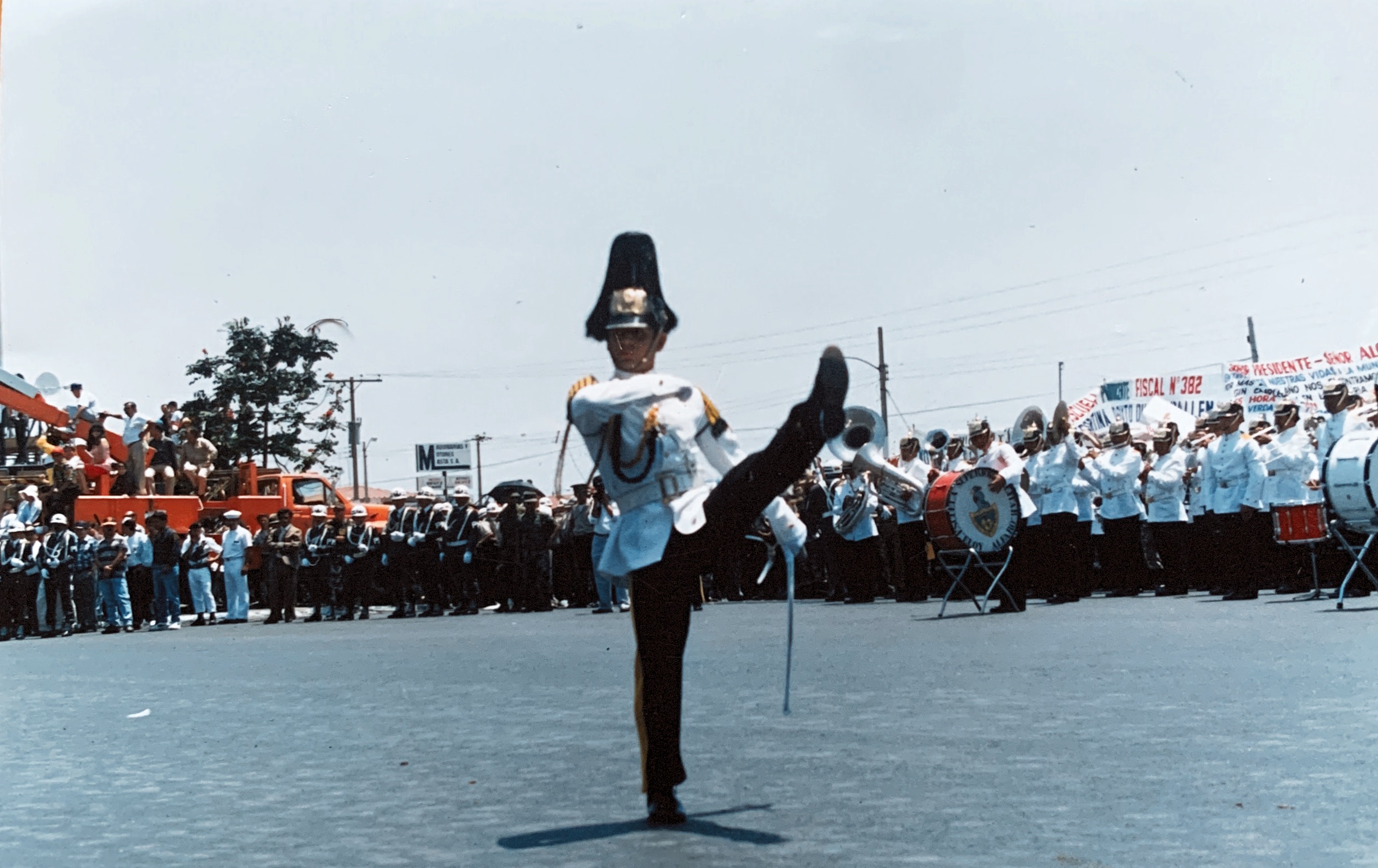 Daniel Moncayo is proud of the eleven years he spent in the military.

Meeting my wife was a family affair. She is the cousin of my brother-in-law and we happened to be at the same family reunion. It was love at first sight. I was 20 years old at that time and she was my first girlfriend.

When we started dating, she had moved from another city to Quito to study and I was still in military school. I was at the school from each Sunday evening to Saturday midday, so we only had a few hours together each week, but we made it work.

After graduating from the military school, I was sent to my first destination into another city, about 12 hours away from Quito. For two years, we managed a long-distance relationship. We had been dating for five years before we got married. Close to 30 years later, I still feel fortunate to have her as my partner.

Turning over a new leaf

One meaningful change in my life was when I decided to leave the army. When I joined, my intention was to stay there my entire career and climb as high in the ranks as possible. Things got a little different and I felt like I had done everything I could at that time and I could not contribute to the organization any further, so I decided to leave.

After some time, I started working for a private security firm. I started as a supervisor and climbed the corporate ladder and eventually I was appointed as the Country Operations Manager and Wärtsilä was one of our customers. When I decided to leave the company, the Security Coordinator at Wärtsilä at that time contacted me for some additional consultancy work. I drafted a proposal for them, and he told me: “You know what, if you’re going to be working with us for such a long period of time, why don’t you just come and join the company.” So, in 2009, they hired me as a part-time security coordinator, which was my first job at Wärtsilä.

Currently, I am the Area Security Manager for the Americas. Geographically, it is a large area – from Canada, going all the way to Tierra del Fuego in Chile and Argentina. We have close to 2,000 people and 11 countries to look after, so it is never boring. I used to travel a lot before the Covid-19 pandemic. When I started in my current position in 2018, I spent over 180 days traveling. By 2020, because of the pandemic, I spent all my time working from home. For my job, I find it interesting to travel and meet people in person; learn about their operations and local uses. I have missed that. Even though we have technology to stay connected, it is not the same as meeting people in person. 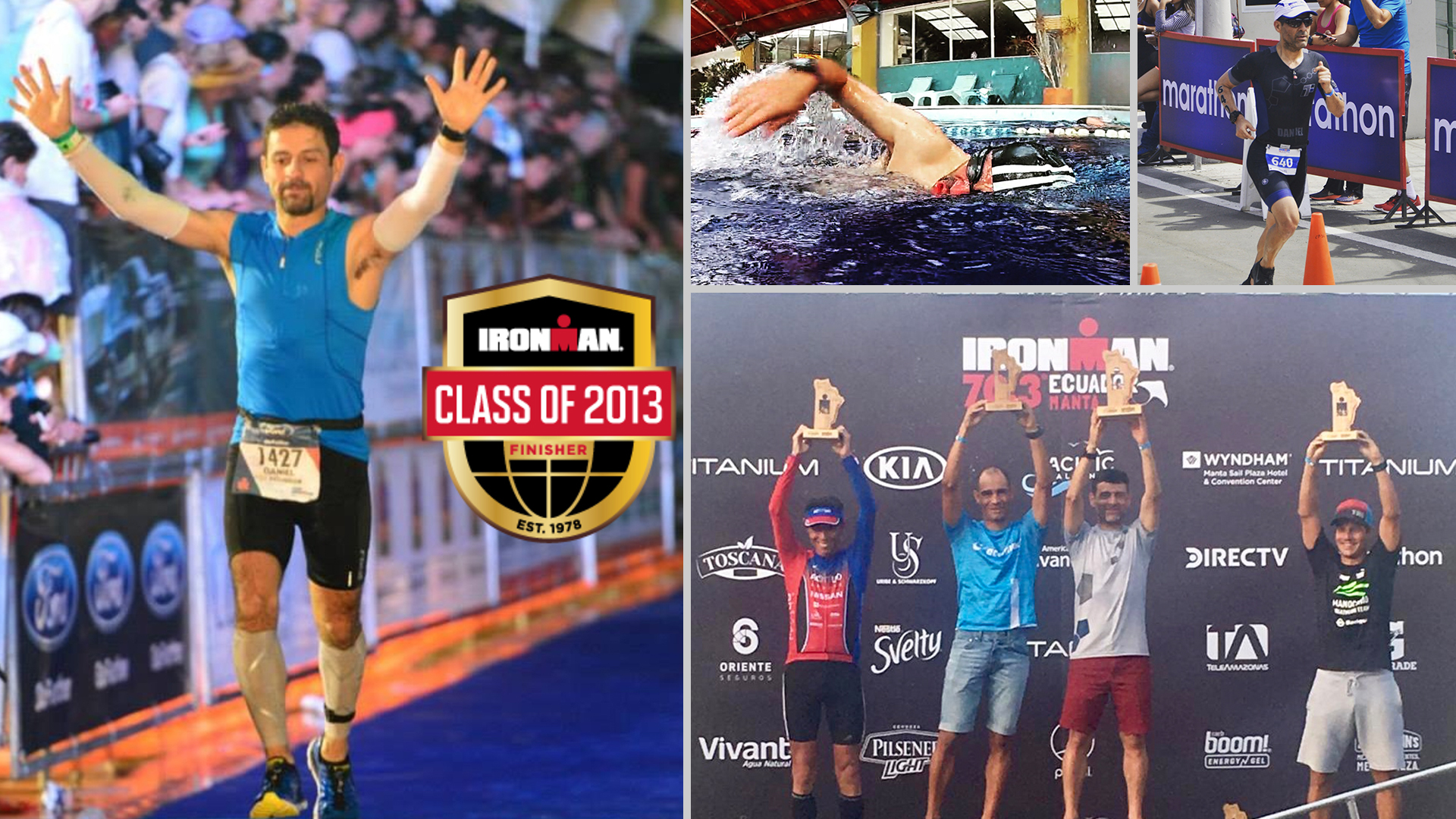 When I was in the military, I was a highly active person, as I had to stay fit for the job. When I left the army and started working in the corporate world, my lifestyle changed completely; I stopped doing daily exercise and I had long, crazy work hours. Since I did not have time for a healthy lunch, I ate junk food. So, I started putting on weight.

I remember a time in 2009, when I was feeling sick due to my weight, and it was like an epiphany for me. I thought: “If I continue this way, I won’t live very long.” My two kids were very young at that point, and I thought “if I continue this path, they will not have me around for much longer.” I started educating myself on physical activity and what you need to do to stay healthy. I started competing in some local races and applying the knowledge to train myself. My times improved, and my weight started going down. In a year and a half, I lost close to 20 kilos.

At some point, I challenged myself to complete a marathon before my 40th birthday. I find that big objectives like this that fall outside your comfort zone are key when you are trying to develop new habits. When I completed the race, a day before my 40th birthday, that is when I started seeing myself as an athlete. After the marathon, I started looking for other challenges, and I found the Ironman triathlon. I did not know exactly at that time what an Ironman was – it is a 3,8 km swim, a 180 km bike ride and a 42,195 m run, one after the other – but I joined one anyway, despite not even owning a bike or having swam for a long time.

After completing the race, I fell in love with triathlon, and I have been doing several competitions a year. In 2019, I qualified for the Ironman 70.3 world championship, and I went to France to compete, and I qualified again in 2020. As I had been coaching myself for some years, I completed an Ironman Coach certification and as a hobby, I coach some friends. We have a little team and participate in competitions together. I ask the people I coach to give the same importance to their training sessions as they give to work meetings or interviews – exercise is equally important as it is good for your health and wellbeing.

Healthy living is important for me and my family, and I work in this lifestyle together with my wife. A few years ago, she got certified as a sport nutritionist and she does trail runs. Now, my kids, my 21-year-old daughter and 18-year-old son, are also starting to get interested in sports. My family has witnessed my transformation to this lifestyle, so they are cheering me on for my competitions and they ask for exercise and lifestyle advice. 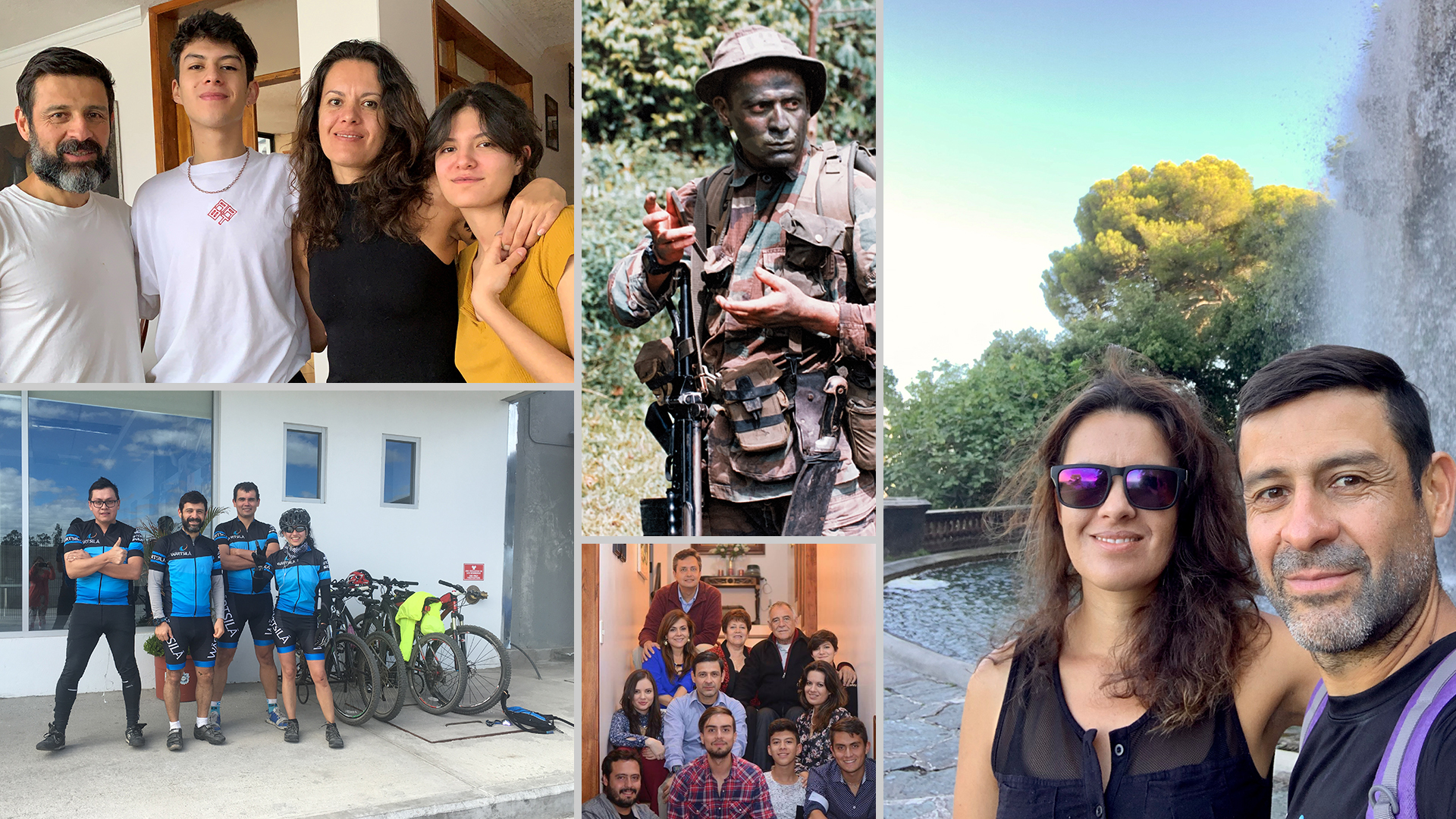 You do not have a future written for you – you must build it through the decision you make, says Daniel Moncayo.

When you get older, you have a lot of baggage, and a lot of things contribute to the way that you are. For me, my family gives me inspiration. My brothers and parents are a strong center for me, and my parents gave me an education that gave me a solid set of values. Because of the opportunities that I have had to experience different countries and cultures first-hand – living in rural towns and people living in poverty – solidarity is something I have strong feelings about.

Work is an especially important part of my life, as it gives me the opportunity to give back and contribute to the development of the country and industry. I am a strong believer in Wärtsilä’s purpose, and I believe in the ambition for a sustainable future. We do a lot here in Ecuador for social responsibility through supporting local institutions and organisations. I feel proud to be a part of a global effort to build a better future for all of humanity. When I wake up in the morning, it pushes me to do the work.

Life is both light and shadows, and I, too, have had some setbacks. When I left the army, I was unemployed for almost seven months. It was incredibly stressful as I already had a family and there were times when I felt I could not provide for them. Luckily, I ended up finding the company I worked for, but the situation repeated itself when I decided to leave the company without the safety net of another job.

If I were to go back 25 years and ask my younger self what I think of myself now, he will not see me in the situation I am in now. I thought I would still be in the military. But, having the benefit of hindsight, I feel like I have made the right decision to take the paths I took. You do not have a future written for you – you must build it through the decisions you make. My life may not be how I imagined it 25 years ago, but I am incredibly happy where I am right now.