Despite starting over from scratch on the other side of the world from her family and home, Marelly Lanza has built a career as a woman in a male-dominated field. But she wants to appreciate what’s truly important: the life that happens when you’re not working.

Despite starting over from scratch on the other side of the world from her family and home, Marelly Lanza has built a career as a woman in a male-dominated field. But she wants to appreciate what’s truly important: the life that happens when you’re not working.

People with Purpose is a series, in which the people of Wärtsilä share in their own words about the major turning points in their lives and what brings purpose to their days. In the seventh article to the series, it is Marelly’s turn to share her story in her own words.

According to my parents, I was a wild child. I used to come home always with bruises on my legs or bleeding on my head. I always wanted to do whatever I set my mind to, no matter what it takes. One time, I got a new bike, and I didn’t know how to ride it without the training wheels, but I just went for it. I ended up crashing with a parked bus. I was too stubborn to tell what happened and tried to hide the big bruise on my head. Of course, my mother saw the bruise immediately. But - I had fun. The bruises were just a reminder of how fearless I was.

I was always on the go. One time, I saw an advertisement for the local theatre. I asked my parents if I could join but they said no since I had just started studying at the university and they thought I would lose my focus on the studies. I went anyway and it has provided me with some of my happiest memories.

In Honduras, it is not common for a child to get a summer job or a part-time job while you study. The parents usually encourage the child to finish their education first and then get a job. I wanted to have my own money, so I used to model for clothes at the local shopping mall. The pay was mostly symbolic, but at least I got to buy some things that I wanted on my own.

With school starting at 7 a.m. and then theatre practice and modelling after school, I had very busy days. I would have days when I left the house at 6 a.m. and came back at 10 p.m. It was, however, rewarding stress. It taught me that stress is not always a bad thing to feel.

I grew up with a lot of family members. My grandparents were very close to me. They owned their own business, so they were able to retire quite young. There were four kids in my family. I am the eldest. We also had cousins and my father’s younger sister, who were about the same age as I was. So, there was a big group of kids going daily to my grandparents’ house.

I grew up in Tegucigalpa, the capital of Honduras. My country has many beautiful places. My favourite, which fills me with memories from the travels of my childhood, is Copan Ruinas. It’s a Mayan city and it is an overwhelming experience to go there; it’s green and has ancient Mayan temples. It is a very magical place, and traveling there with my family through the narrow and curvy mountain roads has many special memories for me. Every trip has been for a reason, but Copan Ruinas has a special place in my heart. 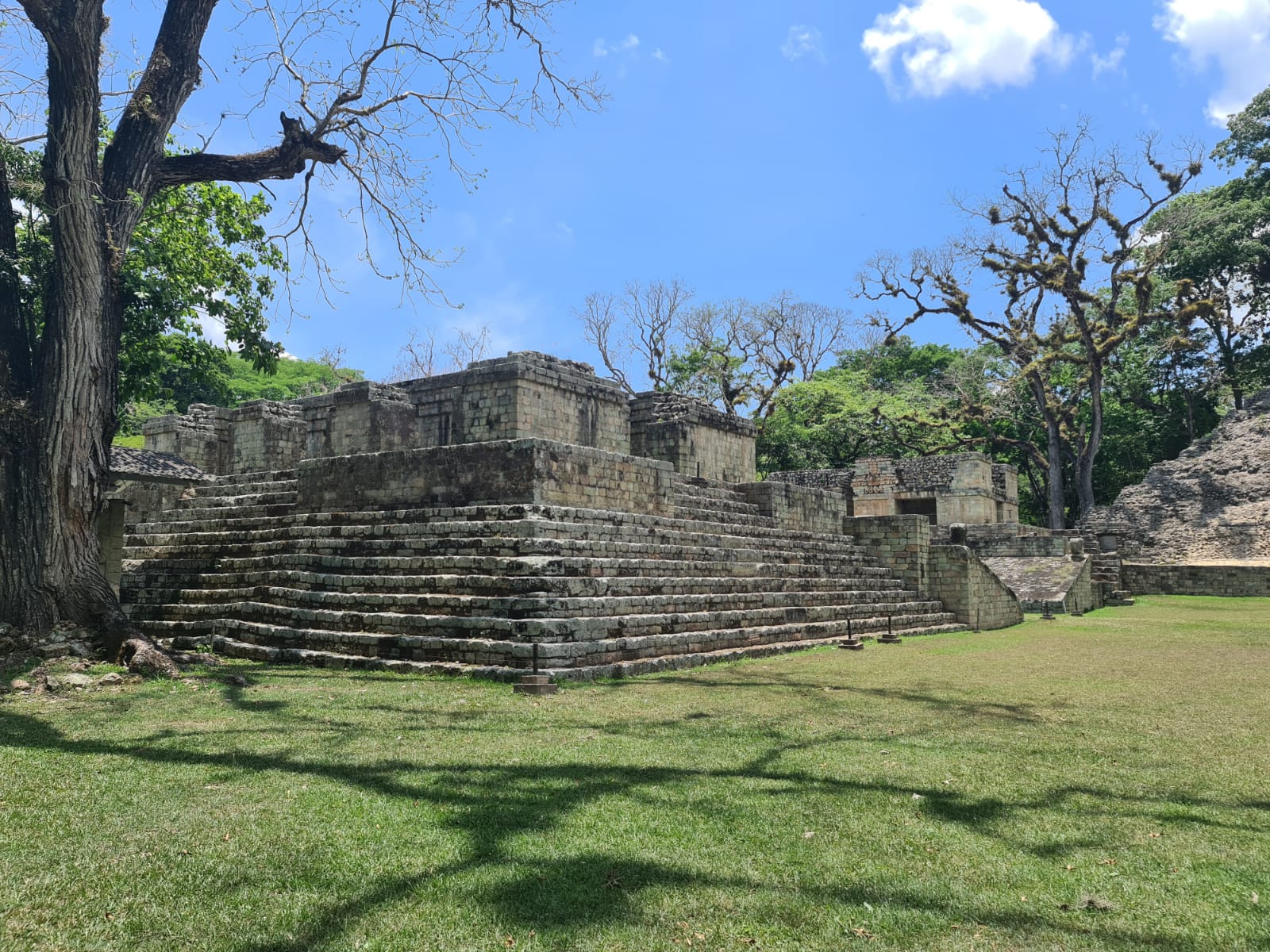 I was celebrating my 19th birthday when I met him. We were spending time at the same place, and he came up to talk to me. He tried speaking Spanish to me, since my English at that time was very limited and he was learning Spanish. He came from Finland and had just arrived in Honduras for work. He worked at a power plant at a smaller city. I helped him to get his utilities sorted out, so we kept in touch. He ended up coming to almost all of my theatre shows, and he was my number one fan, even though he didn’t understand that much Spanish at the time.

We got married two years later. We had a traditional Catholic wedding in Honduras. My family, like every other Latin family, is big in numbers: everybody from cousins to closest relatives is part of the family, so it wasn’t really an option to have the wedding in Finland. So, his family travelled to Honduras for the wedding.

Eventually, his work ended in Honduras, and he had to go back to Finland for work. I initially thought that I could stay back in Honduras to finish my studies, but we decided to try to go to Finland together and I would continue my studies there.

Engineering wasn’t really what I thought I would end up doing originally. As a child, I used to play different games, such as teacher or doctor, so I thought I would become one of those. But when I grew up, I realized I was not patient enough to be a teacher nor strong enough to see people be hurt or bleeding to be a doctor. I enjoyed drawing by hand and as my father was a construction engineer, I thought I could also do architectural work.

I signed up for a construction engineering course in a university, at the national university of Honduras in Tegucigalpa. At my time in Honduras, there were not many women studying engineering.

When I came to Finland, my studies in the university were advanced; I had very few courses left before taking my final exam. It was my decision to come to Finland, but it was a shock to me to find out that I couldn’t follow the same educational path that I had taken. The construction standards were different, so I had to start all over again.

I moved to Turku, Finland with my husband in July. I saw an advertisement in the newspaper for open places at the university for mechanical engineering and by September, I started my studies.

Moving to Riihimäki for the studies was a complete shock to me; it was an unknown city for me, and it was a small city with not much happening around me. Luckily, I met people from Africa, Asia and even from Colombia and Peru. We ended up becoming good friends, as we were all experiencing the same thing – being alone in the city and adapting to the culture.

Since I was so close to my family, deciding to try to see how life would be on the other side of the world was shocking to my parents, and some of my friends didn’t want me to leave. My parents thought I was too young, and the decision was too quick, but in the end, everyone was supportive.

Starting over was a hard decision to make, but I think the decision was for the best. Adjustment is a period you must go through. I have adapted to the Finnish culture a lot, but I also include pieces of my heritage and culture and combine the good things from both. I am still, after 14 years of life in Finland, 100% Honduran. I haven’t even lost my accent! I have Finnish nationality, but it still feels weird to travel with the Finnish passport, and I keep both nationalities in my heart.

I joined Wärtsilä as a summer trainee. It offered me the experience I needed to enhance my studies.

I selected a path that is more diverse, even though the industry is very male-dominated. It might have been more difficult to enter hands-on mechanical work as a woman, maybe it’s because of the availability of the positions or maybe it’s more restricted to work in field service as a mother. But, there are many opportunities to work in different paths.

At Wärtsilä, the company culture is also diverse; when I arrived, my group consisted of people from Finland, Bulgaria, Guatemala and Brazil. I thought it was nice to have people from different backgrounds and I think that today, there is even more diversity.

I come from a family of many engineers. That was the example my parents set for me. There was no option to not go to university. In Honduras, the stereotype is also changing; mechanical work is not only for boys and girls don’t have to be nurses or teachers. I think it’s a good example for my children as well to show that I am a woman in this field.

Life is what happens outside of work

I have two children: a girl, who is 11 and a boy who is 8. In Finland, there are many good facilities that allow a parent to develop themselves professionally and also dedicate time to the family outside of work.

I value motherhood a lot. My kids are my motivators for my career and living in Finland. I see my siblings work long hours. They don’t have always time to spend with their families. I want to dedicate time to my family, to enjoy nature, go on walks or to swim.

We joke a lot with our children, and my daughter describes me as a very funny person. My parents sometimes ask me why I make fun of them, but they can also joke about me. I want them to learn not to take life too seriously.

I also want them to learn respect, especially to respect the elders. In my culture, the grandparents usually live with their children when they can’t take care of themselves. I have a very close relationship with my grandmother, and we have a very special bond since I was raised living with them. Appreciation for the elderly is important – they teach us amazing things without us even realizing it. I hope one day my children can look out for me when I am old.

Work is something to keep my mind busy and to set an example for my kids. But one of the most important lessons for me is that work, even though it is important, it is not everything in life. The job, it will have other people doing it and I am not irreplaceable. But I am a pillar for my family. I am always there to back them up. For them, I am irreplaceable. 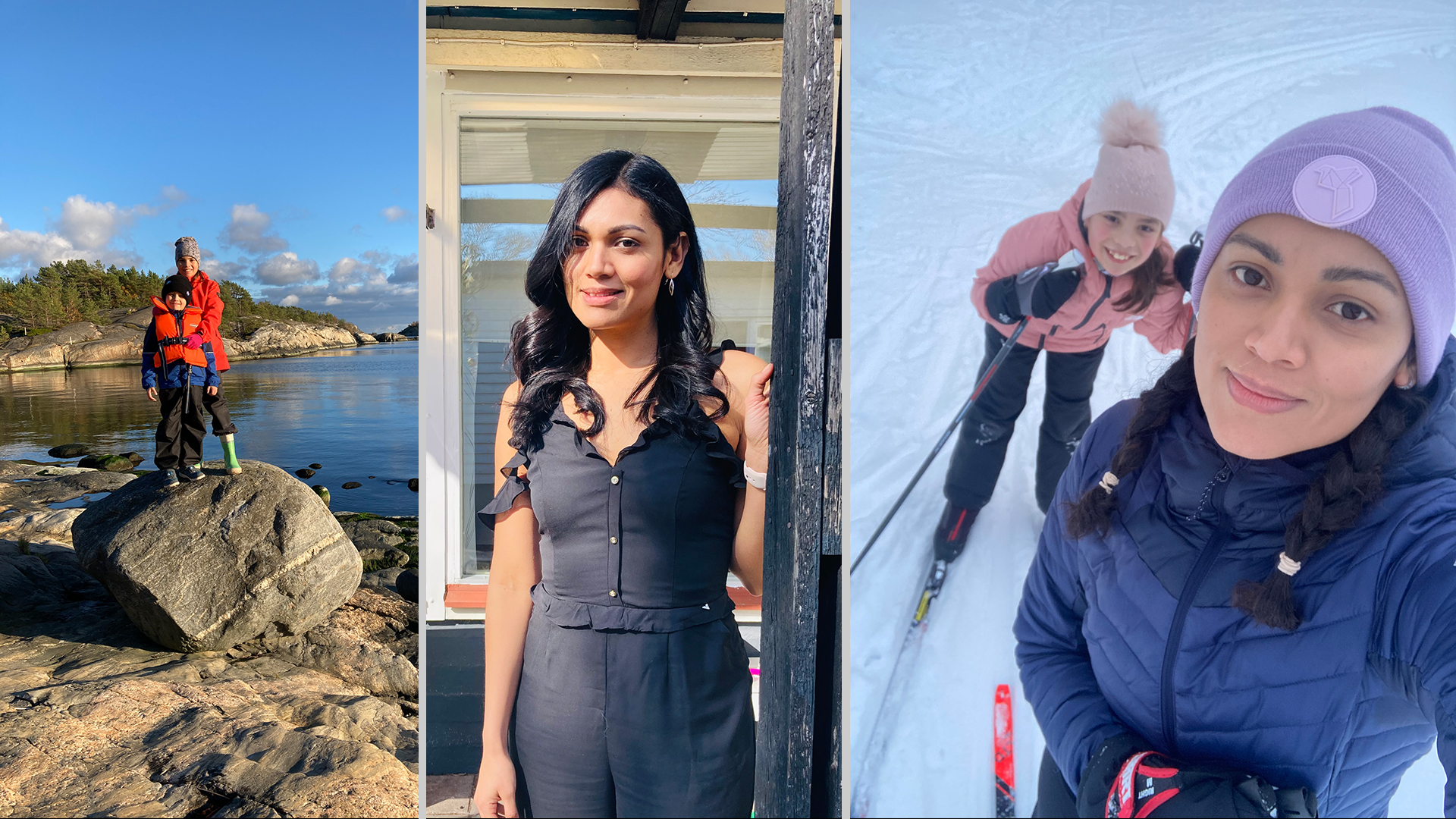 Marelly values time with her family and wants to dedicate time to enjoy nature with them.