You don’t have to be a salty and crusty sea captain to fathom how delicate and sensitive docking a ship can be. The combination of auto-docking and wireless charging on a ferry, a world first, could make things a lot simpler.

Fluttering winds and eddying currents can throw off even the most experienced helmsman. It is no surprise then that some of the latest developments in dynamic positioning - keeping a crane ship still in the high seas, for example - and autonomous driving technology have evolved together to allow a ship to automatically dock in a harbour. The docking manoeuvre is probably one of the most precarious operations a ship can undertake.

In the small world of auto-docking, Wärtsilä Marine Solutions and its Dynamic Positioning Inc. (DP) subsidiary in San Diego, California is leading the pack, and making waves, so to speak.

Their prototype auto-docking system was successfully tested on the Norwegian ro-ro passenger ship Folgefonn, first out in the open water on a simulated dock in January 2018, and then again successfully in the Stord, Norway harbour in April 2018.

“We’ve translated our offshore DP expertise into a new and exciting potential market - ferries and maybe cruise ships. It fits very well into Wärtsilä’s overall ‘smart marine’ strategy,” says Thomas Pedersen, Managing Director of Wärtsilä DP. “The plan is to submit the auto-docking functionality for regulatory approval to make automated docking a vital part of new offerings for the ferry and other markets.”

Auto-docking simply means a ship is programmed with all the variables of its approach to a dock - wind speed, weight, pitch, roll, current, depth and so on - to perform the manoeuvre automatically in the most efficient and safest way possible, within oversight of a captain, of course, but steered principally by software. By making docking as efficient and sustainable as possible, fuel expenses are also minimised.

Auto-docking is one of the first steps in fully autonomous shipping.

The Folgefonn is a novel ship even without auto-docking. A double-ended, 85-metre-long, 1,182 tons, hybrid-powered passenger and car ferry servicing Jektevik-Hodnanes, Norway, the Folgefonn carries 76 cars and 300 passengers. It is owned by Norled, which operates 45 car ferries across Norway, and was built as a diesel powered ferry in 1998. It was retrofitted into a hybrid diesel/electric vessel in 2014 with the help of Wärtsilä’s wireless inductive charging technology, both on land and aboard, allowing it to charge its batteries without cumbersome cables. Folgefonn is also using vacuum docking technology (Cavotec) where suction keeps the ship at the dock eliminating ropes, or lines.

Part of the auto-docking research performed by Wärtsilä is also being funded by the Norwegian maritime authorities.

“Wärtsilä Norway and Norled have both received grants from Innovation Norway, an investment fund, to test auto-docking and integrate it with the existing hybrid energy system. For many years, the Power Conversion organisation in Stord, Norway has worked with the Folgefonn ferry on numerous innovations including electrical operation, land-based charging, data transfer and induction charging. With auto-docking the total docking and charging sequence will now be automated,” says Ingve Sørfonn, Senior Technical Officer E&A, Wärtsilä Marine Solutions. 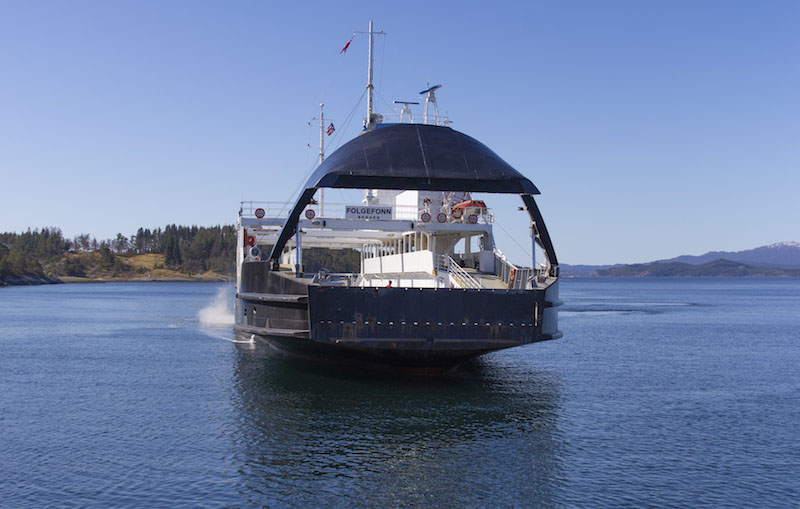 The Folgefonn carries 76 cars and 300 passengers.

“The Folgefonn was already equipped with our inductive charging technology and the owners were very receptive to auto-docking. These efforts are part of the industry’s overall desire to automate more of a vessel’s movement,” continues Pedersen.

Extensive testing of the system was key to making the ship’s environmental sensors interface with software to precisely control the ship’s propulsion systems. This work - sequencing and calibrating thrusters, for example, and developing a user interface - is what makes Wärtsilä Dynamic Positioning a leader in the field.

"We finished the Folgefonn tests and gained much valuable test data, plus more general experience, which was useful for updating our overall auto-docking methodology,” says Pedersen.

In both tests, the Folgefonn ship was taken off its regular ferry service during planned repairs and made available to Wärtsilä DP engineers. 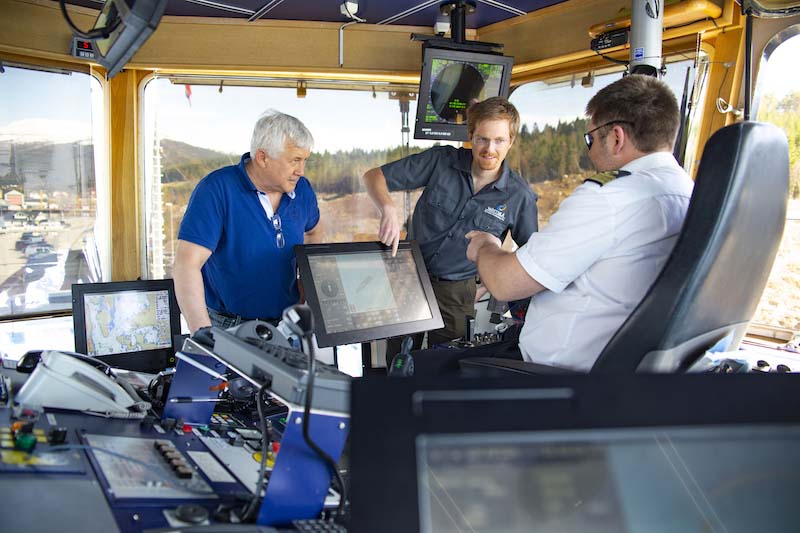 Auto-docking and other automated functions are part of Wärtsilä’s much wider Smart Marine Ecosystem strategy, unveiled in November 2017, which will focus on ‘intelligent vessels and smart ports’, among other initiatives.

“The world is moving towards a future that is more and more connected, and nowhere is this more apparent than in the shipping sector. The opportunities offered through smart technology will foster a new era of collaboration and knowledge sharing with customers, suppliers and partners,” says Roger Holm, President, Wärtsilä Marine Solutions.

Andrea Morgante, Head of Digital, Wärtsilä Marine Solutions adds: “At Wärtsilä, we are fully engaged in developing ‘intelligent’ vessels since we consider such technologies to be vital to maintaining a profitable future for our customers.”

Says Pedersen in conclusion: “Auto-docking is just a new application built on the dynamic positioning capabilities we have had over many years. It is one of the first steps in fully autonomous shipping.”