The many types of sustainable fuels

From hydrogen to biofuels to biogas made from waste, there is a wide array of different potential future fuels that can help to phase out fossil fuels in favour of renewable energy as part of the final push in decarbonising energy systems. These different types of sustainable fuels for future use can be broadly defined into three main categories based on source of energy.

P2X (e-fuels) includes hydrogen (H2) and its derivatives such as ammonia (NH3), methanol (MeOH), methane (CH4) and Fischer-Tropsch (FT) diesel/ kerosene. Green hydrogen is produced through electrolysis of water utilising renewable electricity. Hydrogen can then be further processed to its derivatives. Some of the hydrogen derivatives also need CO2, which is provided by CO2 capture, preferably from a biogenic origin. Each conversion step from hydrogen to other synthetic fuels adds energy losses to the value chain. With time there will be excess renewable electricity and thus costs will decrease, which will accelerate the production of P2X fuels. 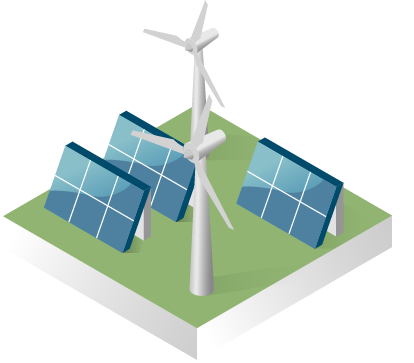 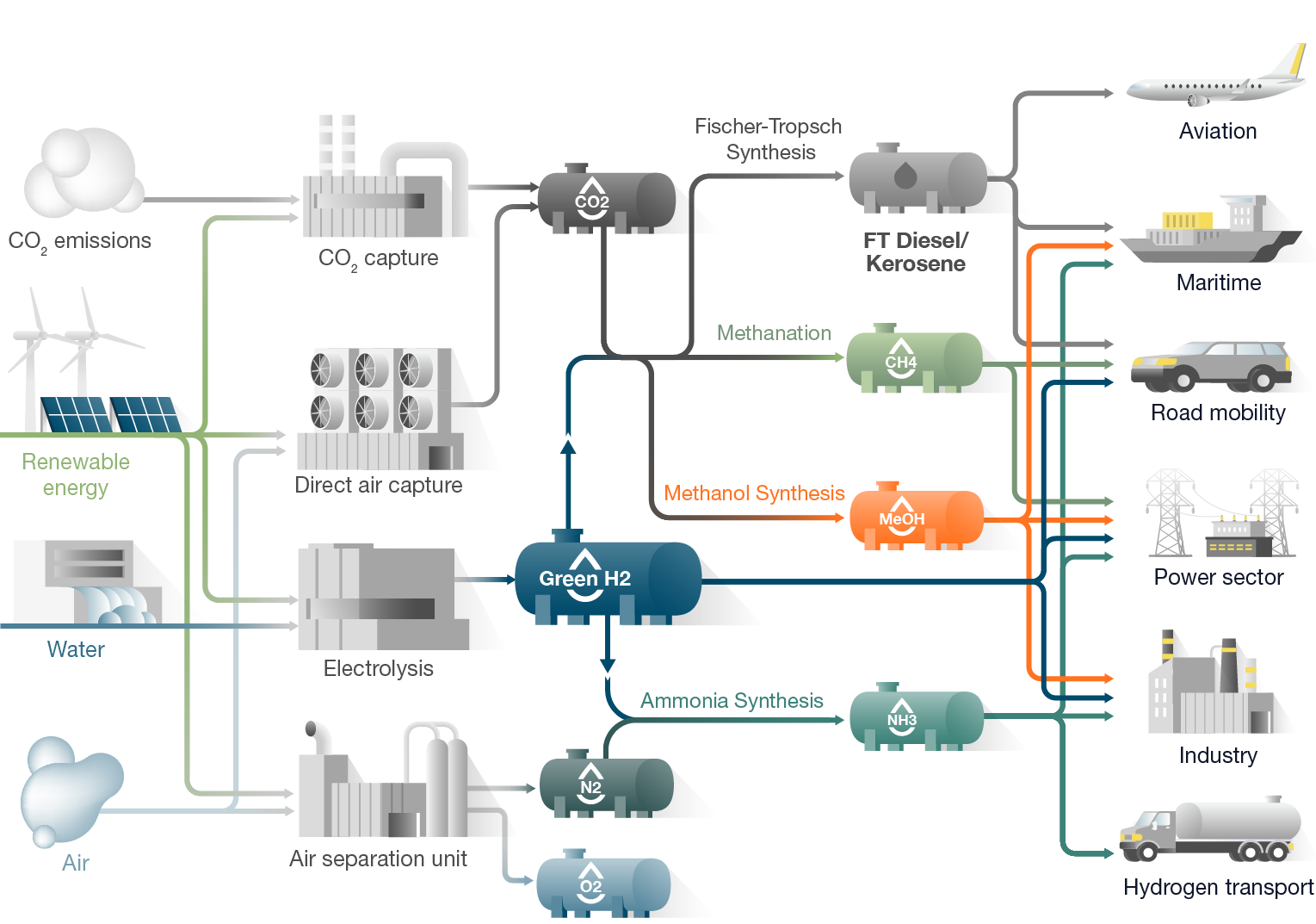 B2X includes biofuels such as biomethane, -methanol or -ethanol, and liquid biofuels such as crude or hydrotreated vegetable oils (HVO) and fatty acid methyl ester (FAME). Biofuels are typically produced from agricultural and forestry side-products and residues or sustainable energy crops grown on “surplus land”, meaning land that is not used for the production of food, feed or fibres. If biomass is not utilised it will rot in nature or landfills and release methane, which will have a stronger greenhouse effect than the CO2 emitted in combustion. Therefore these fuels are carbon neutral or even negative.

Biofuels are already commonly used as blends. The fuel volumes required for power plants are so large that there is seldom adequate amounts of biofuels therefore blending is foreseen to continue. The high transportation costs will push the biofuel production towards local solutions. Biomethane distribution, on the other hand, can widely benefit from existing gas grids which connect local smaller-scale production to large-scale consumers. Biomethane production also has the advantage of being able to utilise various watery sources such as, municipality waste, sewage and sludges. Decarbonising the existing gas grid is a smart and simple solution for decarbonising target of urban society – without conversion needs for existing assets. Furthermore, mixing biofuels into the conventional fuel supply does not need to wait for future development as the whole value chain and commercial industrial-scale fuel production is already in place and mature.

W2X fuels or recycled carbon free fuels include e.g. plastic or tyre pyrolysis oils or gasified municipality waste. Converting waste to fuels reduces or eliminates challenges in biodiversity, environmental and health issues of the waste fractions. For instance, pollution of rivers and oceans by plastic waste, uncontrolled fires and formation of malaria mosquito colonies in the tyre piles. These fuels support circular economy in societies and therefore they have value for sustainability and decarbonisation. 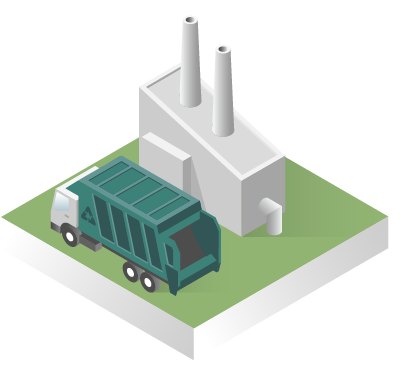