Installed energy storage is predicted to grow tenfold around the world in the coming decade, with 55% of that growth taking place in Asia Pacific. Find out what is driving this growth, as well as the challenges energy storage still faces in the region by listening to experts from Wärtsilä and the International Finance Corporation (World Bank).

Decades of growth predicted for energy storage
In this episode of Rethinking Energy, we discuss the growth of energy storage and the outlook for energy storage across the Asia Pacific region, with Wilhelm van Butselaar, Area Manager, Energy Storage & Optimisation, Wärtsilä Energy, and Peter Mockel, Principal Industry Specialist at International Finance Corporation (World Bank Group).
Working for the IFC, the private sector investment arm of the World Bank, Peter Mockel is uniquely placed to share how the energy sector in Southeast Asia is evolving. As he explains, ‘‘we've been investing since about 2011, first in battery makers and then increasingly in downstream companies, developing projects and now we look for project finance opportunities around energy storage, because for the past decade we’ve believed that this will be an important part of the energy assets.

I think we're still on track to grow by about ten times between now and the end of the decade, and then another ten times between 2030 and 2050. So, we get two orders of magnitude growth by the middle of the century.’’

A major factor in the worldwide growth in energy storage has been the dramatic drop in cost, which Mockel compares to wind and solar in the middle of the past decade. “Prices are falling so fast that even the analysts can't keep up, and we've now seen prices for electric vehicle (EV) batteries under $100 per kilowatt-hour, which analysts didn't expect before the middle of the century.’’

Interest in the EV sector has accelerated energy storage development, driving down cell prices faster. However, stationary storage system costs haven’t fallen quite as quickly due to other parts of the system such as the conventional power electronics. As a result, the current system price for energy is about $300 per kilowatt-hour for a four-hour system, though Mockel expects this to fall by around 50% by the end of the decade.

Butselaar confirms the substantial investment in energy storage, with Wärtsilä reaching over one-gigawatt of installed and contracted projects globally in early 2021, and several gigawatts of projects in the pipeline.

Why energy storage works for Southeast Asia
When asked which countries in Southeast Asia are taking the lead in investing in energy storage, Mockel highlights Indonesia and the Philippines. ‘‘One of our first investments ever made was in the Fluidic Energy company building remote island mini grids in Indonesia with solar and zinc air batteries back in 2014. So, the region has always been important for us and we see currently the Philippines as the most active market. The 10-megawatt frequency regulation battery in Masinloc commissioned in 2016, clearly showed to the market in the Philippines that this is technically working and it's also working as a business model. We currently see about 10 projects of a similar size class under development in the Philippines. That's by far the most active market in the region.’’

A defining feature of the region is its island topography and island-based grids provide a strong business case for power purchase agreements (PPA) as part of energy storage projects. As Mockel explains, ‘‘because you're competing with diesel, by the time it's been shipped to a remote island, it competes at levelised cost of electricity (LCOE), more than 20 cents per kilowatt-hour, and PVM batteries compete with that right out of the box, no subsidies required.’’

This is particularly the case when you’re not working with very high levels of renewables that would require very large batteries. Keeping some thermal capacity ensures reasonably sized batteries that provide very competitive LCOEs. Mockel sees a lot of potential for energy storage supporting islanded grids, as it’s already proven to be highly competitive, making it highly applicable across the region.

Setting aside the advantages of energy storage for islanded grids, Butselaar posed the question of what is driving large-scale energy storage within the context of global decarbonisation?

Mockel describes three situations where energy storage is most effective, ‘‘I think the fundamental driver is always additional renewables to a grid. For larger, well-interconnected grids we see three angles. One is a stand-alone frequency regulation energy storage of half-an-hour or an hour to integrate renewables into the grid as solar and wind replace some of the rotating mass that’s already in the system.”

“Second, we see system operators that say any incremental renewable generator needs to bring along half an hour or an hour storage for ramp support. This is not really remunerated this is more of a cost of doing business and just for better integration.”

“Then the end-game will be around peak shifting with four, five, six hours of storage attached to renewable generators. And then that can generate from renewable energy, which, by the end of the decade, I think, will be the standard for renewable energy.’’

The challenges ahead
When asked what the main challenges are in getting more countries in the region to invest in energy storage Mockel describes three key issues.

‘‘In the region, there's not a lot of energy storage regulation in place. So, I think that's the biggest gap to close and we don't think we need to come up with anything novel here.

We have good examples: Australia's close by with a very interesting innovative system, in the United States and in Europe also, we just have to pick what works and adjust it to the local market needs. I think that's by far the most important step.

After that, there’s technical de-risking, which I think is more of a perception problem.

We have been running megavolt scale lithium-ion batteries in the U.S. for a decade. We know how they degrade; we know the safety risks and that is all well understood, but we need to get that into the financing community and communicate that and to see that this does not require a significant premium for financing to accommodate technical risk.

Then the third issue is that we need to standardise contractual arrangement. We need to standardise PPAs that look the same for any storage projects, which are often easy to compare. You then have lower legal fees and you don't have to start from the first principles and, again, it reduces the payment performance risk from the view of the lender because they understand how the contracts work.’’

Beyond lithium
Lithium batteries are the backbone for energy storage and the technology is strongly favoured by the EV industry, which has helped to bring the cell costs down significantly. But this makes it hard for other battery technologies to compete.

Where is the technological innovation that will provide a longer duration and larger storage capacity? Mockel explains, ‘‘at this point it's more important to get the financing into the established technologies and to try to get to even better batteries.

For longer duration cells, we have flow batteries competing with the mechanical storage, compressed air storage. Hydrogen is also used as a storage medium, but it will be quite a while before that has been refined further.

We want to concentrate on financing lithium-ion for stationary storage. For three years now there's been a reversal back to LFP, because supply constraints are less severe since they are not requested as much from the EV industry. Then size and size constraints are not that much of an issue.

So for the next five years, I think that will be the bulk of what we can finance, tried and tested lithium-ion batteries. As we push them to six hours they will eventually come to the limits of what they can deliver and in order to get from six hours of storage to 24/7 renewable energy, we will have to revisit the long duration question, but I think that is a few years down the road.’’

Butselaar summarises the discussion saying, ‘‘would it be right to say that in Southeast Asia we can find a couple of established markets? We are talking about the Philippines for example, but there are also some new markets which are expected to grow in the next couple of years.

The battery trends we are seeing, mainly based on renewable energies, are trending towards longer durations. You mentioned four to six hours, but in order to get there we need the framework, the guidelines, to be established in each country so that we tomorrow can call those countries actual markets. Is that about right?’’

Mockel agrees and adds, ‘‘yes, and we need to mobilise lenders to lend into energy storage project. That is the only way this can scale up – if private sector lenders finance this. This will not be doable with the public sector, it will not be enough to finance equities. We need to scale up in a similar way that we did for solar and wind: with private sector project finance.’’ 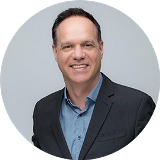 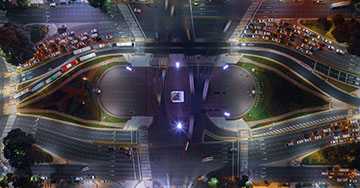 Rethinking market mechanisms for flexibility
The integration of variable renewable energy into energy systems requires flexible technologies that can balance their intermittent output and ensure overall grid stability. In this episode, we look at flexibility from a market, planning and financial perspective and how we can incentivise greater investment in flexibility that will help accelerate the integration of renewables. 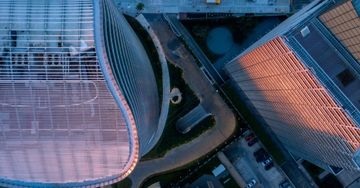 Rethinking hybrid power
The growing integration of renewable energy into power grids across the region is increasing the need for greater system flexibility to ensure stable power output. Find out how hybrid power plants provide a solution that can meet these needs and become instrumental in the energy transition across Southeast Asia.