The Dominican Republic is considered a leader in energy and policy in the Caribbean. At the end of 2018 the Dominican Republic approved a Nationally Determined Contribution (NDC) Action Plan to reaffirm the countries pledge to maintain the targets set by the Paris Climate Agreement. This being one of the actions showing the Island nation’s commitment to reducing emissions and increasing the amount of renewable energy in their power system.

The country’s dependence on imported fuels, like coal, heavy fuel oil (HFO) and gas, makes utilities, and thereby the nation, vulnerable to increases in fuel prices. The introduction of Renewable Energy Sources (RES) like wind and solar would reduce this dependence on fossil fuels and reduce the country’s carbon footprint. In order to accomplish this, the country has announced a target that at least 27% of energy must come from RES by 2030. In addition, RES must make up 32% of the countries generating capacity by 2023. At the 2019 UN Climate Conference COP25 in Madrid it was announced that Latin America and the Caribbean Region has set a renewable target of 70% by 2030.

The purpose of this paper is to contribute to the conversation in the Dominican Republic and analyse the most cost-effective ways forward for the country’s power sector. This study contemplates several scenarios and compares the outcomes to the country’s current strategy

This study provides the necessary information to better understand the impact of certain decisions, taken today, on future factors such as the total cost of power, system emissions and reliability, and the ability to reach renewable targets set forth. 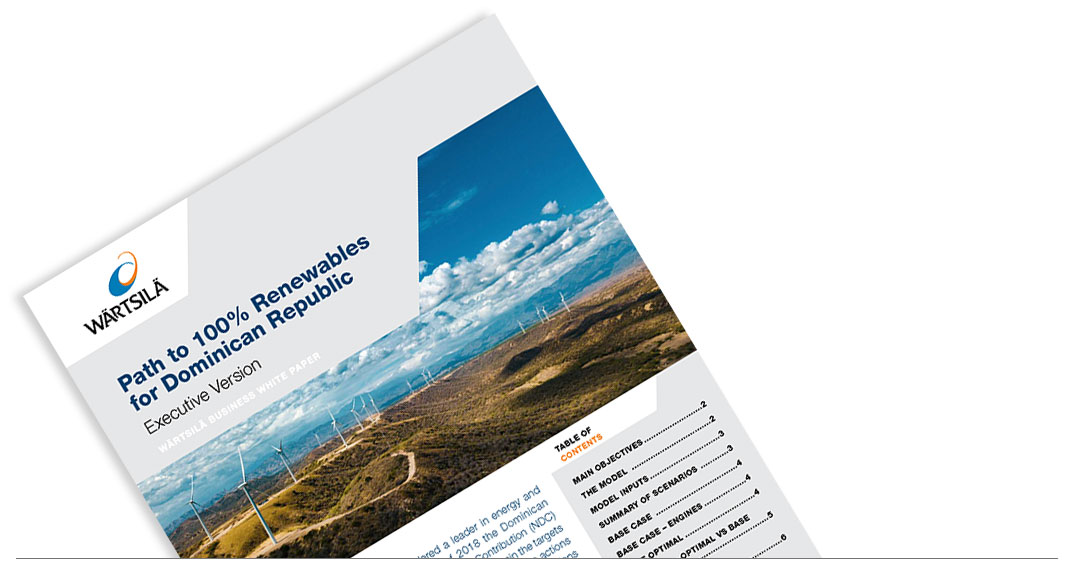