Company
Home
Insights
When the lights go out

When the lights go out

The state of South Australia has beaten the country’s 2020 target for renewable energy. But last summer, its power system failed to meet peak demand and left tens of thousands of Australians in the dark. What went wrong? And how can it be fixed to make sure air conditioners run during sweltering Australian summers in the future?

The restaurant was flooded with hungry customers, recalls Nguyen. “Luckily we cook with gas and keep ice for storing our food supplies, otherwise it would have been impossible to carry on in the dark,” he points out. Nguyen says his team managed to make the best of the situation though.

“We lit candles, and our customers got to enjoy a candlelit dinner,” he remembers. The power finally returned after hours of darkness and Nguyen did not close their doors until 1 am, which made the blackout an unexpected success story.

Jasmin Searle, who was working in the Co-Op bookstore at the University of Adelaide campus during the blackout, has a different story to tell.

“We had to ask the customers to leave and close the store because the tills were no longer working. It was easier said than done because the automatic locking system on the doors was not working either. I had to tie the doors shut to secure them,” says Searle.

Several such stories emerged from different parts of South Australia that fell prey to power blackouts late last year. This was triggered by strong tornado winds, which damaged transmission lines and led to prolonged blackouts.

The problem lies in the fact that the electricity network in South Australia (SA) is connected to the neighbouring state of Victoria and further to the National Electricity Market (NEM), which runs from SA to Queensland along Australia’s east coast, but the interconnectors have limited capacity. That’s why the Heywood interconnector turned off when the imported power increased during the storm. As a consequence, the South Australian network was unable to sustain system frequency and left over 800 000 people without electricity. This incident has pushed many to re-examine the country’s energy mix. 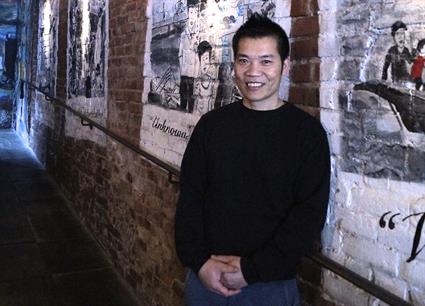 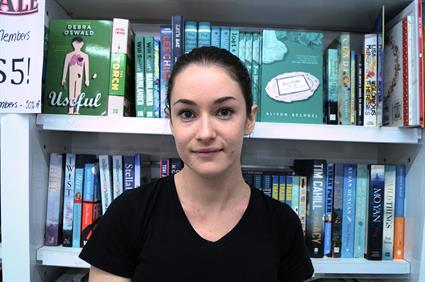 Jasmin Searle, was working in the Co-Op bookstore
at the University of Adelaide campus during the blackout.

Getting the energy mix right!

Australia’s share of renewables is growing. While solar accounts for three percent of the total supply, wind energy makes up roughly 40 percent, making it the country’s preferred choice of renewable. Around half of all the wind farms in the country are located in South Australia.

What makes South Australia a peculiar case is that there are no coal-fired plants left in the state – only gas plants remain. The baseload generation relies entirely on gas and power from the neighbouring state of Victoria through two interconnectors.

The Chief Executive of the Australian Energy Council Matthew Warren views the situation in SA as a lesson for both Australia and the world. Not a lesson in why to shy away from renewables but rather to commit to the changes required in the grid and energy market.

“Gas is basically running negative in relation to wind. When the wind isn’t blowing we need lots of gas, and when the wind is blowing in South Australia we don’t need so much gas. We need very liquid gas markets to enable the gas generators access because they are not running constant base load. It is imperative because otherwise the overall cost of the system relying on renewables will be higher,” says Warren.

Despite the big support for renewables the current energy mix was not meant to be so heavily reliant on them, according to a report commissioned by the Australian Energy Council. The report states that when the renewable energy targets of reaching 20 % renewables by 2020 were originally put in place in 2009 there was an understanding that they would be paired with an emissions trading scheme. The scheme fell through and led to a situation that the power system wasn’t prepared for.

“The way we run the National Electricity Market is very well designed and elegant, but it is being disrupted by a lot of schemes and incentives. The renewable energy targets encouraged building the lowest cost renewables, regardless of the location and connectivity to the grid for stability issues. Having all that renewable at the far end of the NEM doesn’t make much sense form a grid stability perspective” says Warren.

Immediate fixes for the situation in South Australia would, according to Warren, revolve around the safety protocols that shut down the power in September and making sure all the supply is available in case of peak demand during summer.

According to the Australian Energy Market Operator (AEMO), there is sufficient capacity to meet national demand despite the recent mothballing of coal-fired plants in South Australia and Victoria. 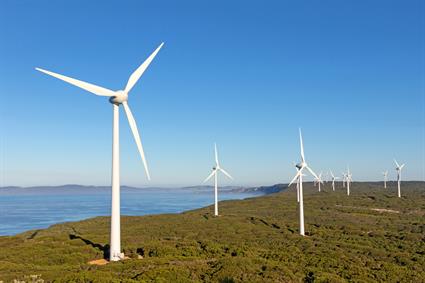 Australians have seen a long line of suggestions on what regulations would be most efficient and which investments would give the highest level of security in the future. A proposition that drew much attention was the one made on Twitter by Tesla-founder Elon Musk – to provide an energy storage grid within 100 days. Following a bidding process, Tesla was awarded the contract to provide a 100MW/129MWH Powerpack system to be paired with global renewable energy provider Neoen's Hornsdale Wind Farm near Jamestown, South Australia. Upon completion, by December 2017, this system is expected to provide enough power for more than 30,000 homes, approximately to the amount of homes that lost power during the blackout period.

According to M. Rajagopalan, Market Development Director for the Middle East and Asia, Wärtsilä, what could further improve the security are solutions that can both capture and prevent spikes in demand.

“Our simulations of scenarios with spikes in demand have shown that adding quick dispatch plants could provide significant savings,” says Rajagopalan.

Wärtsilä creates energy solutions and has found similarities between the Australian and other energy-only markets such as California and Texas in the USA. The modern energy systems face a dilemma of competing priorities; sustainability, cost and reliability. Wärtsilä’s Smart Power Generation plants were designed specifically to complement renewable energy sources. The dispatch time is five minutes which allows for preventative action. The plants also offer options on fuel. They run both on gaseous and liquid fuels.

“Building a Smart Power Generation plant is quicker than building traditional plants, about 14 months from scratch to commissioning. Additional capacity can be augmented by adding new modules as demand grows,” notes Rajagopalan.

Changes on the Australian energy grid will take time. But for now, there is an ongoing review about the future of the National Energy Market, where most efficient solutions will be determined on the basis of cost, efficiency and delivery times.

While those pressing decisions are being made, residents of Adelaide and the rest of South Australia are hoping to get through next summer without more power outages. The measures taken by the regulators and industry will be tested in January when temperatures will soar yet again.

Nevertheless, businesses are buckling up and preparing for whatever that may come their way.

“I am considering installing a generator for next time. We are so vulnerable without electricity nowadays everything just stops. Hopefully it doesn’t happen again - but we’ll be ready for it,” says Nguyen. 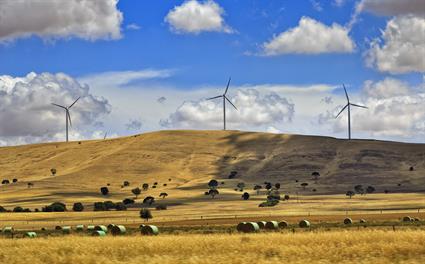