WGS have since the beginning of the 2000’s delivered VOC recovery plant to the Norwegian sector of the North sea to reduce hydrocarbon emissions in Norway.

Article original published by the Motorships 15.09.2021

This solution has been developed in cooperation with a Norwegian company, Vaholmen VOC Recovery A/S, which holds the patent to the concept.

The solution involves the installation of a VOC system aboard a platform supply vessel to absorb up to 100% of VOC emissions generated during the loading of crude oil from a loading point onto a very large crude carrier (VLCC) while the PSV operates in DP2 mode.

The product concept will remove all VOC emissions during loading and the VOC recovery vessel will be able to serve several VLCCs before unloading the liquified VOC (LVOC) onshore.

The solution offers significant greenhouse gas emission savings, as the loading stage accounts for 70% of total VOC emissions from ships. Using a VOC system for loadings would yield net CO2 equivalent (CO2e) savings of 1,200-1,500 metric tonnes per loading of a VLCC.

One of the key advantages of using a VOC recovery system installed upon a PSV for loadings is that the utilisation rate for the equipment could be constant.

“You can imagine that a single PSV vessel serving 200+ VLCC loadings per year could generate tremendous total savings. 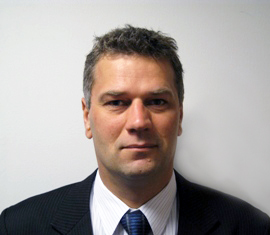 Precise calculations are complicated by the fluctuating oil price and different carbon tax assumptions, but at US$70/barrel and a CO2 tax of US$50/tonne, the system would have a payback period of around 3 years, including operating costs. In this case income will cover roughly half of the cost of this vessel per year. Even excluding the carbon tax, the additional annual income from LVOC recovery would come close to US$40 million.

Although the first contract for the system has not been concluded, negotiations with interested parties in several countries are ongoing, Buvarp noted.

The system is also robust. Buvarp noted that Wärtsilä have good operational data for its VOC plant installations aboard shuttle tankers, where the company had deployed the system aboard over 10 shuttle tankers operating in the challenging conditions of the Norwegian Continental Shelf.

“One VOC plant built in 2003 is now operating on a relatively new shuttle tanker after having been retrofitted in 2015. Another of the plants built in the early 2000s is now planned to be installed on a newer shuttle tanker. It seems the operating life of these plants are in the range of 30 to 40 years.”

Once the connection is made, the VOC is routed through the VOC recovery system, which uses a two-stage condensation process. Following the removal of the heavier fractions during the first stage, a second stage condenses medium fractions (from propane to hexane) into a liquefied VOC stage.

The light fractions of the VOC along with some vaporized LVOC are combusted in the PSV’s three gas turbines, ensuring that all VOC is utilised and removed. The main part of the liquified VOC is exported to shore where it is reinjected in the crude storage tank or exported for further refining.

The VOC system has been successfully operated onboard shuttle tankers on the Norwegian Continental Shelf, Buvarp noted. The use of the VOC system does not have any impact on the rate of loading, as the systems are sized to handle the load rates of offshore installations, SBM, Sea Island or terminals. The size will be adapted to the loading capacity of the terminal, with a typical size of around 20,000 m3/hour.

A number of developments were coinciding that were likely to increase commercial interest in VOC recovery systems, including increasing scrutiny around greenhouse gas emissions.

The Motorship notes that the US Securities and Exchange Commission (SEC) announced plans to require climate risk disclosures earlier in 2021, while the UK’s Finance and Competition Authority  will introduced requirements for Scope 3 (transportation and supply chain) greenhouse gas emissions at the end of June 2024. The Taskforce for Climate Related Financial Disclosures introduced recommendations for Scope 1 and Scope 2 disclosures have already come into force.

Similar requirements are expected to be introduced in the EU under sustainability-related disclosures in the financial service sector (SFDR), which are currently expected to come into force by mid-2022.

At present, there is little demand for VOC recovery systems to be implemented as a solution for the offshore oil sector.

The regulatory environment could change, Buvarp notes, if a Norwegian and Canadian initiative to amend the IMO rules is successful. The proposed amendment has been submitted for consideration by the MEPC’s Working Group on Reduction of GHG emissions from Ships. It seeks to modify the current proposal with a more active approach.

Hans Jakob Buvarp told The Motorship that the existing wording of Annex VI, Regulation 15 “could be tightened to clarify that the regulation applies applicability to offshore terminals, such as offshore installations, sea islands or SBM. The revision proposed by Canada would introduce requirements for VOC reducing measures both for loading and laden voyages. However, these measures will have a limited effect and a requirement for VOC reducing equipment both for loading and laden voyages would be more ambitious.”

“Current regulatory requirements [see VOC Requirements] do not include methane, which forms a lighter fraction within VOCs. Methane makes up a significant proportion of VOCs and has a global warming potential many multiples higher than CO2.”

At present, the system meets higher regional standards, such as Norway’s Continental Shelf, although the system itself, which relies on DP2 manoeuvring by the PSV, is unsuitable for offshore loading in the North Sea. “Arctic conditions as such are no restriction,” Buvarp noted.

VOCs are light components of crude oil, which evaporate largely during loading operations or during the carriage of high-volatility crude oil cargoes. One of the VOC components is methane, a greenhouse gas with a high global warming potential. Heavier compounds within VOC vapour react with nitrogen oxide and UV radiation and form highly damaging ozone. Whereas VOCs were originally treated as a waste product from crude oil handling and transport, the wastage of which represents a loss of revenue to oil and gas producers and shippers, the increasing focus on reducing environmental emissions is focusing attention on VOCs as an environmental hazard.

The use of a VOC system offers a cost-effective route to recycle VOCs during loading at an offshore installation, SBM, sea island or terminal. VOC recovery systems use a two-stage condensation process. In the first stage, the heavier fractions from C7 and upwards  are removed, along with some lighter fractions. The medium fractions from propane to hexane are then condensed to a liquid state in the second stage, forming liquefied VOC (LVOC). This is the energy source that can be added into the existing natural gas (NG) fuel source, such as LNG. In the final stage, the so-called ‘non-condensables’, which comprise methane and ethane, some propane plus the inert gases from the cargo tanks, are used as fuel for the gas turbines.

Marpol Annex VI Regulation 15 regulates the control of specific VOC emissions for oil tankers and at ports and terminals. Where so required, both the shipboard and shore arrangements are to be in accordance with MSC/Circ.585 “Standards for vapour emission control systems”.

A second aspect of the regulation, regulation 15.6, requires that all tankers carrying crude oil have an approved and effectively implemented ship specific VOC Management Plan covering at least the points given in the regulation.