The small island that thinks big

Furetank might be a family-owned company operating from a tiny fishing village in Sweden, but it boasts a modern fleet of tankers. Plus, the LNG-fuelled vessels in its latest order are amongst the most technologically-advanced in the world.

Furetank might be a family-owned company operating from a tiny fishing village in Sweden, but it boasts a modern fleet of tankers. Plus, the LNG-fuelled vessels in its latest order are amongst the most technologically-advanced in the world.

For centuries, the small rugged island of Donsö, just off the west coast of Sweden, has been home to generations of fishermen and seafarers. Despite its proximity to the city of Gothenburg, a lack of cars and road access to the mainland ensures the island maintains a rustic, fishing-village ambience. The island’s small harbour is lined with wooden boathouses and packed with fishing vessels, while residents commute via bicycle, on foot or in electric golf carts.

It feels a long way from the frenzy and intensity of the international tanker trade, and yet this small community of just 1500 people is home to no less than ten tanker companies. Despite owning massive vessels that travel the globe, most of which cannot even fit into Donsö’s harbour, each of these companies continues to operate from this small island hamlet. 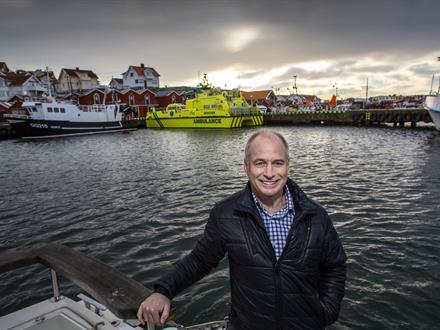 Lars Höglund was born and raised on Donsö, and started working as a seafarer when he was 15, on the same vessel as his father and grandfather. His family have owned boats of some description since 1680, and in the 1950s, when his family ordered its first tanker, Furetank was born. Today, Lars is Managing Director of the family-owned company, which owns five vessels, and operates a total of 18 tankers through Furetank Chartering. They are also part of the Gothia Tanker Alliance, along with six other companies. With a combined fleet of 35 vessels, ranging between 6,000 and 20,000 TDW (tonnage dead weight), the Alliance is one of the biggest operators of tankers in Northern Europe.

But with its head office in Donsö, Furetank is a company still firmly in touch with its roots. “We always start every visit with some history,” says Lars Höglund, pointing to the floor-to-ceiling collection of files and books in his study. “Here, my father has collected the history of every vessel that has ever been registered in Sweden, since 1880. Today, that is more than 17,500 vessels. He has collected information on when they were built, where they were built, who is the owner, where it was sold, the price it was sold for – everything right up until it is scrapped.” 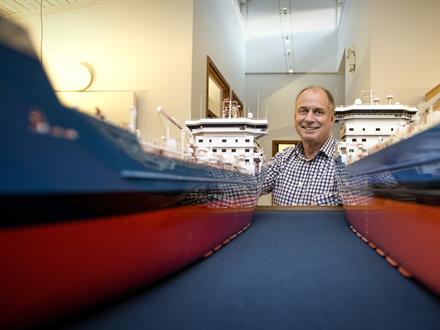 Furetank’s history is not uncommon on Donsö, and it is a similar story for the island’s other tanker companies. Clas Gustafsson, Technical Manager at Furetank, also born on Donsö and from a long-line of seafarers, is well versed in the island’s history. “In the 1920s, when fishing villages started to install engines, they needed fuel. So drums of oil were shipped to the island,” he explains. “But this was quite inconvenient. So one of the fishing vessels installed a tank to transport oil to the island. They would sail to Copenhagen every week, collect 30 cubic metres of oil and bring it back to Donsö. This was such an effective way to transport oil that soon they started taking oil to some of the other islands, too, then to other parts of Sweden, and other companies also started installing tankers.”

Thus, the Donsö oil tanker industry was born. Ordinarily, having ten competing companies clustered together in such proximity would make for a highly competitive cutthroat environment, but on Donsö, it seems to have had the opposite effect. “It’s better to have your competitor a couple hundred metres away so you can see what they are doing,” jokes Lars. “We are a small community and all personal friends. We meet for coffee and maybe even a beer on the weekend.”

Consequently, there is a strong spirit of collaboration and cooperation between the six different companies, as evidenced by the Gothia Tanker Alliance, three of which are located on Donsö. Under this arrangement, each company is responsible for its own fleet, but they pull together their commercial operations to increase their clout on the market.

If anything, the competition has proven to be a benefit and has helped each company to remain at the forefront of new technology and trends. “We are very open when it comes to technical issues and share information and experiences,” says Clas. “In fact, because of this competition, the knowledge base grows faster, as we are all learning from each other.”

This collaboration can be seen in the Gothia Tanker Alliance’s most recent order for six LNG (liquefied natural gas) fuelled tanker vessels, which will be built at the Avic Dingheng shipyard in China in 2017. Each ship will fulfil the IMO’s Tier III requirements and will be equipped with Wärtsilä equipment to enable the use of LNG fuel, including a nine-cylinder dual-fuel main engine, two auxiliary engines, a gas valve unit, a rudder system, a selective catalytic reduction (SCR) system for the auxiliary engines, 12 deepwell cargo pumps and deepwell ballast pumps. 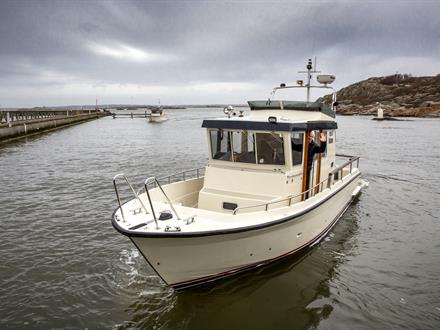 Furetank has led the project on behalf of the Gothia Tanker Alliance and, on completion, will take delivery of three of the vessels. Their alliance partners, Älvtank and Thun Tankers, will acquire two vessels and one vessel, respectively.

“We can see that LNG is the cleanest fuel you can find on the market today and the best option if we are to use this vessel for the next twenty years,” say Lars. “And if you look at the market for dual-fuel marine applications, the company with the most experience is Wärtsilä.”

Clas, in particular, has been instrumental in specifying these vessels, and he is confident that LNG is the best option moving forward. “The lack of infrastructure for LNG is a challenge,” he explains. “Before, only a few companies wanted to invest in bunker vessels because there were no customers, and no one was building LNG vessels because there were no places to bunker. But now we’re seeing more vessels so the situation is changing.”

However, for Clas, the choice of LNG was an easy decision. The real challenge in the project was to work with Wärtsilä to find other ways of reducing energy consumption – without affecting performance. Some of the innovations on the new vessels include Wärtsilä electric cargo pumps instead of hydraulic, which use around 15-20% less power, while also reducing noise levels. The vessels also feature a ducted propeller that increases thrust by nearly 50% at low speed, and a back-up battery that can replace the auxiliary engines when sailing through narrow seas – the first tanker of its size to achieve this.

When fully operational, the new vessels will consume around 40% less fuel when sailing, compared to Furetank’s current tankers, and about 50% less fuel when manoeuvring. At the same time, emissions of SOx have been reduced by 99%, NOx by 80% and CO2 by 50%.

“The original concept has changed a lot from the beginning, but the end result is a vessel that is built for worldwide trade, including the St. Lawrence seaways, for now and into the future,” says Clas proudly. “It is fully compliant with all emission standards in North America and Europe, and if any new ECAs (emission control areas) are created, we will already be able to use these vessels.” 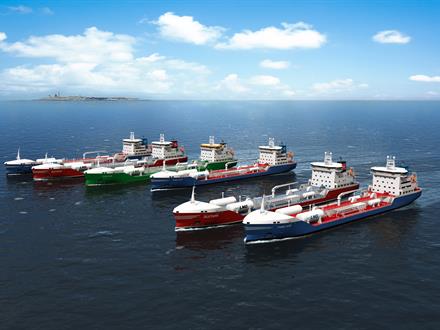 An alliance of six tanker companies offers its customers a broad range of services and vessels. Its combined fleet comprises 35 vessels, ranging from 6000 TDW to 20,000 TDW. Its members are Northern Energy Services, Rigel, Älvtank, Wisby Tankers, Thun Tankers and Furetank.

It was founded in Donsö, Sweden in 1955, by a family with a long history in the marine industry stretching back to 1680. Today, the company owns five vessels, and operates another 18 tankers. Its head office is on Donsö, with additional offices in Gothenburg, Sweden and Holbaek, Denmark. They have 30 employees on shore and over 200 personnel on their vessels.